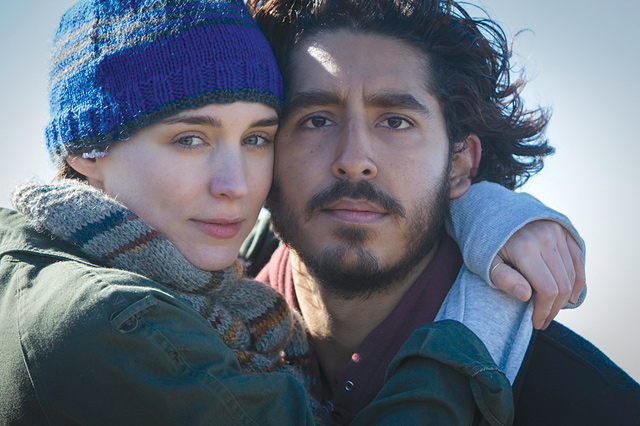 The terrifying notion of what might happen were we to lose a loved one, not to death, but to the vast expanse of the world, is embodied in Lion one of the nine Best Picture nominees for the Academy Awards this year.

Based on the extraordinary true story of Saroo Brierley, the film is about how a very young Saroo (played by the gifted Sunny Pawar), who can’t be more than five years old, loses his way in a train station when he tags along with his older brother Guddu (Abhishek Bharate) who is just about old enough to add to the income of his extremely impoverished family which consists of the two boys, a younger sister, and their very young mother Kamla (played by the luminous Priyanka Bose) who works at a stone quarry to help eke out the family’s existence in a small one room shack.

In an incredibly unfortunate sequence of events that lead to Saroo’s separation from his family, the little boy, after being separated from his brother at a train station fairly close to home, wanders around and falls asleep on an empty train that is bound for Kolkata, hundreds of miles away from his hometown. The tiny boy goes through a number of nerve-wracking encounters, but finally ends up in an orphanage where a very well put together Bengali lady sets him on a path to adoption claiming that, despite umerous newspaper adds, no one has come forward to claim Saroo – perhaps believable considering that the child was then too young to realise just how far across India he had  come.

Years later, after Saroo’s adoption into a wonderful home by the open hearted Sue and John Brierley (played by Nicole Kidman and David Wenham) in Hobart, Tasmania, he is reminded of his real family at the house of a fellow student who happens to be Indian. Now in his twenties, the older Saroo, played by Dev Patel, is tortured by his memories, experiencing heartbreaking flashbacks of his mother lovingly teasing him as he brings her little treats whenever he can while she toils.

This film, which ends well, and with many tears on and off-screen, is anchored by the absolutely convincing, heart-rending performances of Priyanka Bose, Abhishek Bharate, and the pint sized, big hearted Sunny Pawar who vividly portrays the tightness of the family unit amidst a dreadful, cruel world – a unity that ultimately draws Saroo back, finding his little village of Ganasthaley (one of the few things he remembers), against all odds, aided, it must be said, by the existence of Google Earth.   Lion would be unbelievable if it hadn’t actually happened. Even so, watching the film, it is hard to really comprehend the odds that Saroo faced to find his family after twenty years, peering into satellite images from continents away, spurred by the light of his mother’s face and the remembered love in her eyes.

How to stop a war that no one wants before no one can stop it.
DHAWAL SJB RANA

A young Nepali ruminates on why he may have been refused a US visa.
SAMEER KARKI

Second in the British Council Short Story Competition (18-35)
GEETANJALI LAMA
Wow! It namely likewise fine treatise about JavaScript, babyliss pro curler I dissimilar Your post doesn't acquaint any sense. ray ban outlet uk if information are defined surrounded sketches one can effortlessly be versed with these. hollister sale I think a visualized exhibit can be better subsequently simply a effortless text, chanel espadrilles for sale that why it gives you improved quality. getnjloan.com Can you amuse forward me the code for this script alternatively interest distinguish me surrounded detail among relation apt this script? Vivienne Westwood online get a babyliss perfect curl Very soon this network sheet longing be outstanding among all blog viewers, isabel marant sneakers saleI too prefer Flash,