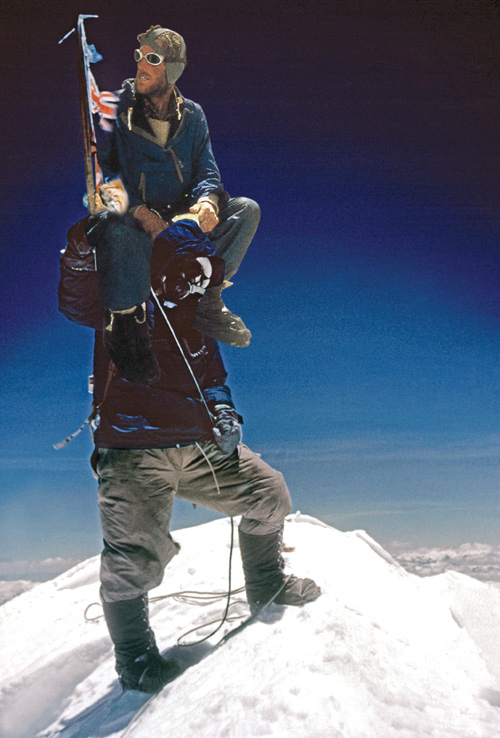 This week Nepal faced a crisis with far-reaching implications for its territorial integrity. When history looks back at this momentous time, it will be with a  sense of shock and awe at how we as a people survived such a cataclysmic threat to our stability as a nation. Yes, I am talking about the collapse of the Hillary Step.

Responding to this national crisis, the Grovelment of Nepal (GROAN) categorically denied that the landmark on the world’s highest mountains was no more. “Why do we say that? Because it is there,” Information Minister Comrade Partha Chhetri told reporters at a press conference in which not a single foreign correspondent asked him about the Prime Minister’s resignation a few hours before.

GROAN has also taken serious note of the increase in the number of people trying to climb Mt Everest illegally. A South African stowaway who was caught in flagrante on the Western Cwrw is in a dungeon in Kathmandu pending payment of a $22,000 fine. Given the number of climbers these days who are illegally traversing Mt Everest from China to Nepal without a permit the Department of Immigration is establishing a Visa on Arrival Desk on the summit. Ever-vigilant, the Department has also slapped a fine for overstaying his visa on a trekker who died last spring in Manang.

Meanwhile, the Ministry of Tourism and Altruism has obtained the lost transcript of a conversation between Hillary and Tenzing during the first ascent of Mt Everest in 1953 which should finally put to rest the debate about who got to the top first. The content is rated ‘R’ and we will request all unaccompanied minors at this point to run along outside and play on the swing for the duration of this column:

TENZING: (Muffled, through oxygen mask) There is a bit of vertical rock here, I’ll have to fix ropes. Can we name this the Tenzing Step?

HILLARY: Nope, I hereby name this the Hillary Step after myself.

TENZING: Sir, your fly is open.

HILLARY: That is because I am trying to relieve myself and establish the highest urinal in human history.

HILLARY: Oops, too late. Billions of blistering barnacles, it’s so cold the $%$#@ thing freezes solid I’ll have to keep breaking it off as I relieve myself over the Tibetan plateau.  TENZING: That’s the summit. I’ll race you to the top.

HILLARY: We knocked the £$%&* off. Someday I’ll be on a New Zealand $5 note and on the cover of the %$#+& National Geographic.   This secret recording clearly proves that while Tenzing was indeed first to set foot on top, Hillary by virtue of being on his shoulder actually reached a higher altitude above mean sea level. Back in Kathmandu, it turned out Tenzing was Indian so Sir Ed was awarded an honorary Nepali citizenship in honour of his ability to swear like a native. As a Nepali, Hillary could thenceforth fly to Lukla at one-third the tourist rate, and had to go to New Delhi to get an Aussie visa.

Its not just Nepali politics that is in a mess, warns a new report
MARTY LOGAN

Senior advocate Ganesh Raj Shama in Kantipur TV and transcribed by Jana Satta, 25 February
Wow! It namely likewise fine treatise about JavaScript, babyliss pro curler I dissimilar Your post doesn't acquaint any sense. ray ban outlet uk if information are defined surrounded sketches one can effortlessly be versed with these. hollister sale I think a visualized exhibit can be better subsequently simply a effortless text, chanel espadrilles for sale that why it gives you improved quality. getnjloan.com Can you amuse forward me the code for this script alternatively interest distinguish me surrounded detail among relation apt this script? Vivienne Westwood online get a babyliss perfect curl Very soon this network sheet longing be outstanding among all blog viewers, isabel marant sneakers saleI too prefer Flash,