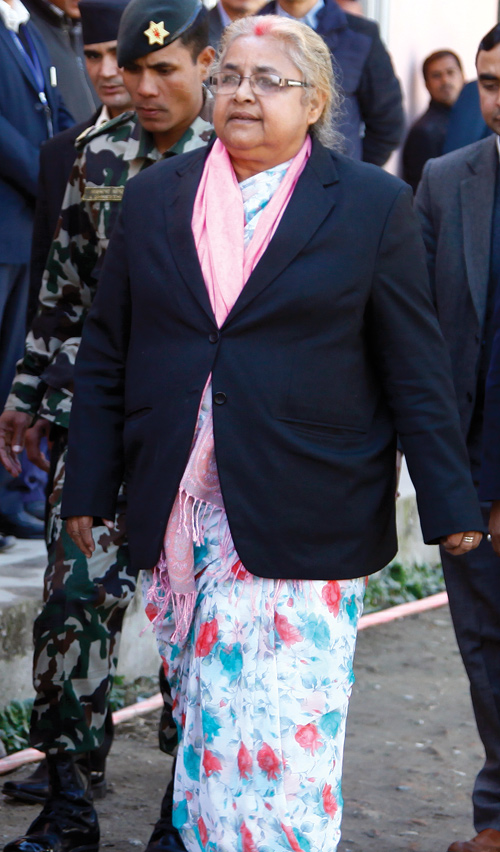 Exactly a year ago this month, Sushila Karki had just been appointed Chief Justice, but since Parliament hadn’t yet ratified her appointment she was still acting.

MPs took months even to form the hearing committee to approve the recommendation by the Constitutional Council, so she took over her responsibilities without even taking her oath. The delay affected the hearings of 11 other justices, the Chief Election Commissioner and ambassadors.

The same MPs who delayed Karki’s confirmation took no time at all to register the impeachment motion last week. But the move, spearheaded by Sher Bahadur Deuba of the NC and Pushpa Kamal Dahal of the Maoists, has triggered a huge backlash from former Chief Justices, constitutional experts, civil society, the media and the public. Some MPs from the two parties even said they were either not informed or never signed the impeachment order.   The clear message of this motion is that if the executive thinks that the decision of the judiciary is going against its wish it can target anyone with the signatures of one-fourth of MPs.  There is still time to withdraw this move. The much-delayed local election is taking place soon and there is great public anticipation.

This has somewhat muted the call for the withdrawal of the impeachment motion. But if it is not withdrawn, the motion will be taken as a precedent, and have a long-term impact on the separation of powers and democracy.

Karki may have lacked the deeper understanding of jurisprudence of some intellectual and dynamic justices in the past, but being corrupt is worse than having comparatively less experience. There was heavy pressure on Karki during the case against the then sitting Information and Communication Minister JP Gupta, or suspended CIAA Chief Lokman Singh Karki. But she never allowed it to deter her from what was right. She always listened to her conscience and based her verdicts on evidence.

The latest dispute was the case of Police DIG Nabaraj Silwal. Whether she is right or wrong in her judgement, the case was decided through a full bench. It is clear this decision is not the only reason political leaders wanted to suspend Karki. It was to prevent her from passing judgement on several high-profile corruption cases that she was going to clear before stepping down next month. Otherwise, why the hurry to impeach someone whose term was expiring in 40 days?

Now that the fourth largest party in parliament, RPP Nepal, has withdrawn from the coalition, the impeachment motion will not be passed by the required two-thirds majority.

The principle of separation of powers has once more been blurred, just as it was when the four-party cartel made Chief justice Khil Raj Regmi the chief executive in 2012.

The former chief justices rarely speak publicly on decisions by the government or Parliament. This time, some prominent figures from the judiciary have said that if the motion against Karki is not withdrawn, the Supreme Court will lose its independence.

Parliament has not been transparent about the impeachment motion against the suspended chief of the CIAA, Lokman Singh Karki, either. The NC didn’t even feel it necessary to give any response to its reluctance to pursue the case. This time, their motive is transparent: not to impeach Karki, but just to suspend her so that she will not be allowed to hear the corruption cases.

The legislature should immediately reject the untimely, irrelevant and unprecedented impeachment motion against Karki because it will not only drag the independence of the judiciary into crisis but also threaten the rule of law and democracy in Nepal.

TEXT & PHOTOS by DAMBAR KRISHNA SHRESTHA
Wow! It namely likewise fine treatise about JavaScript, babyliss pro curler I dissimilar Your post doesn't acquaint any sense. ray ban outlet uk if information are defined surrounded sketches one can effortlessly be versed with these. hollister sale I think a visualized exhibit can be better subsequently simply a effortless text, chanel espadrilles for sale that why it gives you improved quality. getnjloan.com Can you amuse forward me the code for this script alternatively interest distinguish me surrounded detail among relation apt this script? Vivienne Westwood online get a babyliss perfect curl Very soon this network sheet longing be outstanding among all blog viewers, isabel marant sneakers saleI too prefer Flash,