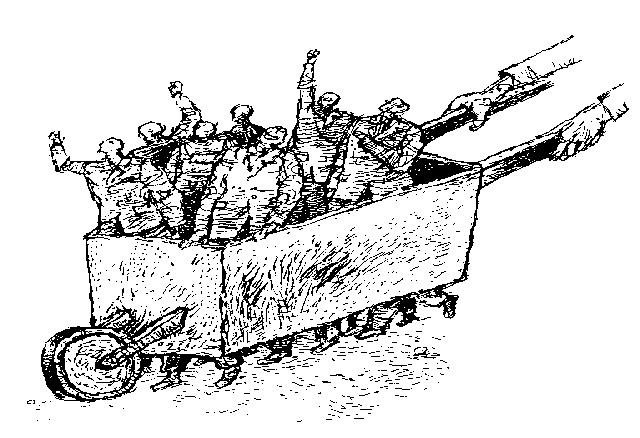 Looking at the current state of governance and delivery, there is little doubt that Nepal needs alternative politics. Much of what is wrong today stems from the murky backroom deals that characterise the way power is acquired and patronage dispensed.

The entire eco-system of politics has been hollowed out by a corrupted establishment where no one has to atone for any misdeed, and there is little accountability. A failed three-time leader can rise to be chief executive yet again. This is why the idea of an alternative political force is being seriously considered.

Bibeksheel Nepali Dal and Sajha Party have been set up by motivated individuals who want an overhaul and detoxification of the political system. Since they were fighting for the same space, it made sense for the two to contest local elections together. A few of us even got together to try to convince the two parties to at least field common candidates for Kathmandu Municipality. There was pressure from  social media, too. But it did not work.   When electoral considerations prompted arch-rivals like the Maoists and the NC — and even the RPP and UML — to collaborate, Sajha and Bibeksheel were contesting separately. This was a mistake but despite that, many of us secretly hoped they would do well. As the results so far have shown, that expectation was far-fetched.

However, one clear impact of the election result seems to be a realisation within both parties that their future depends on a common struggle. That is a positive sign. However, a merger without analysing the causes for their poor showing could mean the two parties could learn the wrong lessons.

A section of the Kathmandu intelligentsia have concluded that the poor performance of the two parties in local elections was due to their lack of a strong ideological base. They assumed people vote for ideologies. However, the conduct of politics today and the formation of electoral alliances between parties diametrically opposed in ideology proves the opposite.

Despite the political chaos visible on the surface, there is at least an understanding that the basic framework of liberal democratic values is the common ground. This in a way resolves a lot of the ideological confusion: what remains is just a difference of degree over preferences for political labels. The assumption that the new parties have not done well in elections because they lack a clear political ideology, therefore, does not hold.

What, then, do the new parties lack? During and after the conflict, the Maoists were able to disguise their violent quest for power behind an intellectual coding. The liberal intelligentsia was swayed by their rigour, and many still cling to that belief. One lesson the new alternative parties can learn from the flawed Maoist experiment is how to influence the influencers in the society. They have to create an intellectual army to fight their cause.

The recent elections showed that there are three types of political terrain in Nepal. First, there is the densely populated Kathmandu Valley, where the media is influential and voters have strong ties to traditional parties. The new parties did reasonably well in this constituency.

Second is the mid-hill rural society, where either teachers or ex-servicemen are still the most influential people, traditional parties have a strong hold and people still have a loyalty to local social leaders. The new parties showed no presence here.

The third terrain is the plains districts, where presently the youth are swayed by the regionalist agenda, but the traditional parties, especially the NC, still have some standing. Caste-based politics holds sway, and the new parties need a clearer strategy here as elsewhere.

A catchy political agenda, like an executive presidential system of governance, could help the alternative forces gain ground. Nepal wants and needs a credible political alternative to the existing parties. Lot of young people have invested their hopes in the new parties, which is significant for the future. It would be a welcome move if the two parties came together, but it would be naïve to think that just the emergence of an alternative party will solve all problems in one stroke.

The presence of a strong alternative can be the beginning of a positive spiral in a country that has been mired in shadowy politics for more than 70 years. The corrupt cartels are entrenched, and it will be a challenge to hack away their tentacles, which penetrate every level of society. The new forces need to coalesce, and be clever in building alliances across all sectors of society. The sooner the better.

It's party time on the internet, Sonia Awale

Bibeksheel Nepali shows how it is done, Tsering Dolker Gurung

Post-conflict mental trauma is hard to treat
SUBRATH SHRESTHA
Wow! It namely likewise fine treatise about JavaScript, babyliss pro curler I dissimilar Your post doesn't acquaint any sense. ray ban outlet uk if information are defined surrounded sketches one can effortlessly be versed with these. hollister sale I think a visualized exhibit can be better subsequently simply a effortless text, chanel espadrilles for sale that why it gives you improved quality. getnjloan.com Can you amuse forward me the code for this script alternatively interest distinguish me surrounded detail among relation apt this script? Vivienne Westwood online get a babyliss perfect curl Very soon this network sheet longing be outstanding among all blog viewers, isabel marant sneakers saleI too prefer Flash,