The second season is pure pleasure because we finally have the time to get to know our characters better, even as creepy things start to stir
Sophia Pande 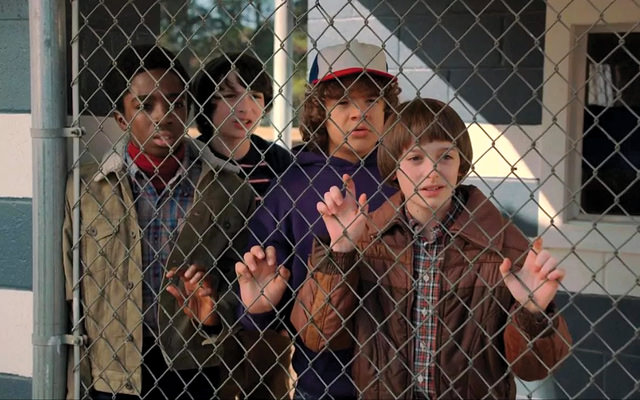 Like my past column on the first season of Stranger Things which came out in July of last year, on Netflix, a streaming service now available in Nepal, I will not be summarising the rather complicated, multi-threaded plot of this wonderful new series. This is because the real charm of Stranger Things, in both seasons, is the ability of the directors, the Duffer Brothers, to create an absolutely nostalgia inducing rendition of what it was like to grow up in the 1980s, in suburbia, with the BMX bikes, the 80s synth music, the video game booths, and all that was so great about that time, including the Spielberg films that this series harks back to, mixed in with a healthy dose of the uncanny and bizarre, and a combination of both science and horror and wonder that caught even the adults, but mostly the children, in a thrilling, chilling time for cinema.

Luckily, while the Duffers (terrible name, great talent) are great at recreation and emulation, they are also able to take a genre approach and transcend it, introducing characters that are archetypal but also deeply original, in both personality and humour, making for a great ensemble cast that practically runs with these odd stories, so much so that we can feel their glee at working with some of the richest source material around on television today.

Stranger Things’ second season comes back once again to thefictionaltown of Hawkins, Indiana. This small, tightly knit town was torn apart in the first season by the mysterious appearance of one strange little girl, and the disappearance of a few other children who went missing under deeply disturbing circumstances that are designed to freak out even the most cynical of adults, so chilling is the hinted at but yet unseen.

Suffice to say that Hawkins has a little crew of the bravest, cutest kids ever, who band together to save their missing friend, befriend the odd little girl, and save their town from a savage, completely unethical science experiment that is being conducted on their peripheries, unknown to most and hidden by the few town officials who don’t quite understand the vicious intent behind the people who are so keen to experiment on children, and, of course, harness a power they do not understand.

If all this sounds ‘just too vague’, I will cop to it, but it is done on purpose to save the potential audience from anything that might spoil or ruin yourconceptions before you reach into and get addicted to the absolutely magical space created by this series. The first season was prodigiously great; the second season is pure pleasure because we finally have the time to get to know our characters better, even as creepy things start to stir.

Winona Ryder, almost the only star among a cast of fairly unknowns, anchors this film in her comeback (of sorts) creating the 80s ethos so precious to us and the Duffer Brothers with her ethereal but earthy air that made so manyfilms into smash hits. That aura that Ryder brings defines this fine and amazing (to the eyes and to the psyche) show that has blessedly now been renewed for a third season. Miss it at your own peril.