What undermined our ability to deal promptly and adequately with search, rescue and relief was first and foremost a failure of politics.

It is difficult to imagine that things will ever be ‘normal’ in Nepal again after this catastrophe, but ‘normalcy’ does inevitably return over time. 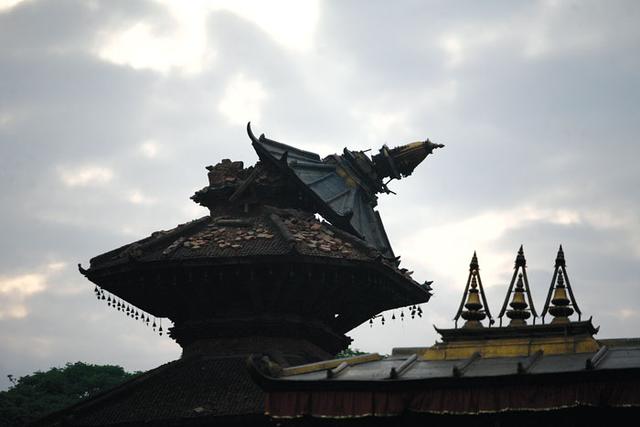 Devastating natural disasters like these are cathartic, shaking up society so much that they can help settle problems that looked intractable before the event. The Sri Lankan war and the Aceh separatist conflict in Indonesia both wound down in the aftermath of the Indian Ocean tsunami that hit both countries hard ten years ago. There is reason to hope that a crisis of this magnitude will allow Nepal’s rulers to also draw a lesson or two, be more far-sighted and not hold the country hostage to their personal ambitions. Tall order, but no harm in hoping.

Earthquakes have tectonic origins and we call them ‘natural disasters’, but the devastation and loss of life they cause are often man-made. Poorly built houses, settlements on slopes vulnerable to landslides, botched rescue and relief, all cost lives. And the primary reason for such lethal negligence lies in politics – too much of it, or too little.

When you have too much politics, it means elected officials spend so much time clawing at each other to get to power and plunder resources that they have no inclination to work to fulfill the long-term needs of their constituencies. And when there is too little politics in a democracy, it erodes the accountability of elected officials. Nepal currently suffers from both: too much politics at the national level, and too little politics at the grassroots where we haven’t had local elections for 18 years.

The result is not hard to discern during the current crisis. National level politicians, instead of coming together during this emergency are already trying to make political capital out of it. Vocal political leaders who don’t miss an opportunity to be seen at public gatherings to give long exhortative speeches are conspicuously absent in the aftermath of the earthquake. They have all gone into hiding. The ‘youth forces’ and ‘young communists’ that the parties mobilise to burn buses and block roads could have been employed to dig up people trapped under the rubble of buildings, take relief supplies to remote areas or help manage shelters.

The absence of elected village, district and municipal councils has been felt most acutely during this crisis. Local leaders now have no incentive or compulsion to be accountable to their people. Some residual responsibility still remains in VDCs from elections two decades ago, and other communities where there is a tradition of collective response still make it possible for emergency services to be promptly delivered. But at the national and district level, there was deadly delay in search, rescue and relief.

Contrary to what some senior ministers said, this earthquake was not “unexpected”, everyone knew it was coming). What was unexpected was that it was not a M8.5 mega-earthquake which could have killed at least 100,000 people outright in the capital. Tragic as the loss of life and damage in Kathmandu Valley was, it fell far short of that worst case scenario. The phones worked most of the time, electricity was back within three days, the hospitals were intact and 85 per cent of the residential buildings survived. The highways out of Kathmandu were open, and the airport wasn't damaged. We may not be so lucky next time.

Seismologists have done a preliminary analysis of last Saturday’s thrust earthquake. Subsequent ruptures along the fault that set off the aftershocks trail off to the east. This means a lot of the tectonic tension beneath Central Nepal has now been released possibly postponing a mega-earthquake for now. However, this leaves a 500 year seismic gap west of the epicentre (Pokhara and westwards) where the chances of a major thrust event is even more likely. What all this simply means is that this earthquake was a lesson for us all that we must be prepared for an even bigger one in western Nepal which could happen tomorrow or 50 years from now, but it will happen. And a M8.5 earthquake in western Nepal will shake Kathmandu up even more than the M7.9 on 25 April.

Nepal is one of the most densely-populated mountain countries in the world, and there is no other alternative but to be prepared for future disasters. We have indications of it this time in the 12 worst-affected districts. The destruction is so complete and vast that even the most well-prepared state apparatus in the world would have found it a challenge to cope. Entire villages of 500 people wiped off the map by a massive avalanche, village after village razed, rivers blocked and valleys cut off – where does one even begin to respond? Very soon, search and rescue will be pointless, it will only be a question of getting relief supplies in. And that means tents, food and medicines in that order.

The bottleneck is not relief material, but logistics. The Nepal Army only has five small helicopters and a large one, even with additional air assets from India we are spread too thin. The international outpouring of aid shows that there is tremendous goodwill for Nepal, but all the food, medicine and shelter needs to be taken to those who need them most – and that is our job. To do that job well, to coordinate effectively, we have to first fix our politics.