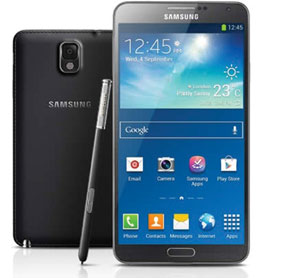 Samsung’s fabled Galaxy Note series has been credited with coining the term ‘phablet,’ and rightly so. The Note series proved that there was a huge market for oversized phones, and Galaxy Note phones are now the industry benchmark by which all phablets are measured. Last year’s Note 3 was a brilliant phone, packed with specifications and features that put it on top of the smartphone pile. With the Galaxy Note 4, it is safe to say Samsung has outdone the success of its superlative predecessor.

Samsung phones have always packed in the latest specifications and features, but the plastic build that they have been sticking with religiously over the years was always somewhat of a letdown. However, the Note 4 has righted that wrong with a metal-rimmed smartphone sporting silver accents around the rim and buttons which look sharp. This helps to class up the Note series.

The Note 4 retains its predecessor’s textured back which now also sports a heart-rate sensor. Size-wise, there is not much of a difference from the Note 3, because it is still 5.7 inches across. Forget the dimensions, the real distinction to be made here is how they have improved the performance. As soon as you power it up, the upgrade will strike you – visually at first. Screen resolution has been enhanced to 2,650 X 1,440 pixels and the screen is an HD AMOLED (improved from the Note 3’s 1080p display), resulting in an incredibly detailed 515 PPI display that is impressively bright, clear and sharp.

Running on Android 4.4 (KitKat), the Note 4 has upgrades under the hood as well. It is powered by a 2.7 GHz quad-core Snapdragon 805 processor and 3GB RAM, resulting in a blazingly fast phone capable of handling the most intense of multi-tasking, expertly proven by the split-screen mode. The Note 4’s stylus, the S Pen, has also been altered, and is now more responsive and smoother than ever.

Both the rear and the front-facing cameras have increased pixel-counts to 16MP and 3.7MP from 13MP and 2.0MP respectively. The inclusion of an ‘Optical Image Stabilization’ mode results in blur-free and incredibly detailed and rich images. Oh, and it also shoots videos in 4K resolutions.

Other features include a fingerprint scanner added security, and staples like the IR Blaster, NFC, and Bluetooth 4.0 are also present. While its 3220 mAh battery is almost identical to the Note 3’s 3200 mAH battery, the Note 4 in fact is more efficient on usage: power now lasts a full day on a single charge.

Yantrick’s Verdict: Available in black, while, gold or pink, the Note 4 will cement its place at the top of the phablet pyramid. But because of its top-of-the-range specs, it will also cost you upwards of Rs 85,000.