This is not how your story should end 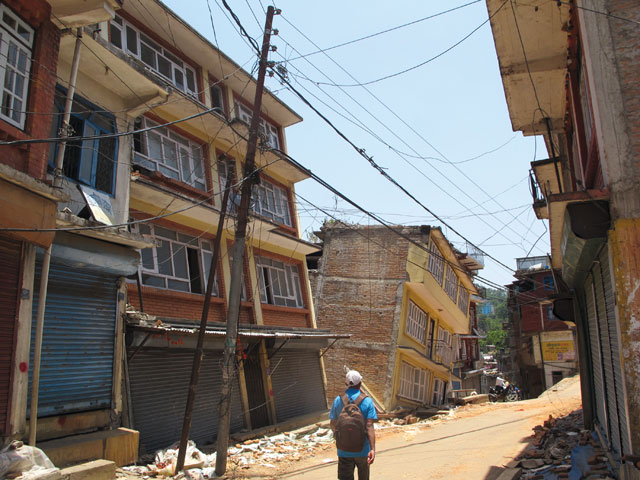 On Monday morning, many people woke up to the sad news of the death of former Supreme Court Justice Bharat Raj Upreti. The loss of a loved one is not easy, especially if it is a suicide.

The reasons are not yet known, it will be speculated and assumed but never quite confirmed. We may never know the real reason, but the personal tragedy at a time of national tragedy adds a poignancy to the mourning. It also brings forward the importance of awareness and prevention of suicide.

“He may have needed help but perhaps could not reach out,” a close friend of Upreti told me. The lawyer was widely admired for his strong will, self confidence and the quality of always being there for others. “A person lives in his mind and there may have been other issues. Probably the earthquake triggered what was already going on,” the friend said.

Internationally, mental health causes seem to be the reason behind about 90 per cent suicides, and depression has been the biggest risk factor. People who experience such disasters are vulnerable, sometimes the incident takes time to sink in. Such post effects of earthquakes can have a stronger impact on individuals who already had mental health illness to start with. Many studies show victims and survivors of natural disasters like floods, earthquakes and hurricanes increases post-traumatic stress disorder (PTSD) and depression that may lead to suicidal thinking.

At first there is initial shock and once people start to resettle back to their old lives, reality hits them showing how much things have changed and how much still needs to be done. It is not easy. Figures also show that the rate of suicides may increase till a year after a natural disaster because of the stress of loans and rebuilding lives.

Disruption of social circles and the loss of loved ones may lead to depression and feeling of hopelessness, which are high risks for suicide. Nepali culture looks down upon mental health illness, stereotypes, and stigmatises it. Many do not ask for help because of a judgmental society. The families of those affected get attacked and scrutinised, and society doesn’t make it easier and this thinking needs to change.

In an increasingly consumer-driven urban setting of Kathmandu, we have to remind ourselves to look to others and pay attention to people around us. Do we acknowledge or ignore those who need help? Strong social support is the strongest shielding factor against suicide, and this becomes especially important after natural disasters with great loss of life. There needs to be plans for immediate, medium and long-term suicide prevention.

It is necessary to pay attention to oneself and if one feels the need for support, just ask. Also, if you feel someone in your life is struggling, talk to them- don’t think this may just be a phase that will pass because it may not. Losing people, for any reason, is hard: we cannot replace people and we cannot replace memories. But, with awareness and knowledge we can pay attention to ourselves and others, and be there for each other while preventing suicides.  If you have been feeling hopeless and sad, and have had those thoughts, take this as a sign to not give up. Get help. There are people around you who love you and need you. Don’t end your story, because you matter.

Its all in the mind, Matt Miller

The challenge is how to harness it
ARTHA BEED

Destiny has brought the graduates of a small school in Gorkha together again.
THOMAS BELL and MAARTEN POST in GORKHA

The price we pay for power

American investors threaten retaliation if the government doesnt buy excess power from Bhote Kosi.
NAVIN SINGH KHADKA
Wow! It namely likewise fine treatise about JavaScript, babyliss pro curler I dissimilar Your post doesn't acquaint any sense. ray ban outlet uk if information are defined surrounded sketches one can effortlessly be versed with these. hollister sale I think a visualized exhibit can be better subsequently simply a effortless text, chanel espadrilles for sale that why it gives you improved quality. getnjloan.com Can you amuse forward me the code for this script alternatively interest distinguish me surrounded detail among relation apt this script? Vivienne Westwood online get a babyliss perfect curl Very soon this network sheet longing be outstanding among all blog viewers, isabel marant sneakers saleI too prefer Flash,