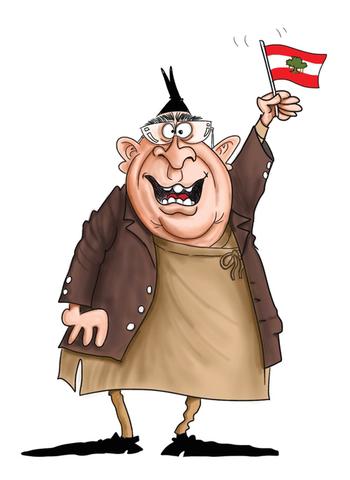 After the Nepali Congress jamboree that ended this week, the question on the nibs of all op-ed writers is: what next?

The Convention got inordinate media coverage with banner headlines in all the national broadsheets for days on end. Gauging the media frenzy, one would have thought this was a general election to parliament.

Although many analysts remarked on the passing of the torch to a new non-Koirala clan leadership, I doubt if anything will change in the way the Nepali Congress functions. Three-time PM Sher Bahadur Deuba is the new party president, and he is no maverick. If he could change anything, he would have done so 20 years ago, so don’t expect anything dramatic from him.

More interesting is how the Madhes movement of the past five months affected a party that once got most of its strength from the Tarai, and had leaders from the plains in the party hierarchy.

The Madhesi parties are getting restless again with what they see as an erosion of their demands or amendments to the constitution and have announced a new spate of agitation next month to fulfill their 11-point demand.

But it is not likely that either they or the Madhesi people have it in them to go through another prolonged agitation. The reality is that they will now be trying to infiltrate the NC, and work towards a change in the political equation for a national unity government.

That is also not as easy as it sounds. It is clear that New Delhi just about tolerated Prime Minister Oli and his whims during his recent official visit, and doesn’t trust him to do its bidding. And next week he is off to China, and who knows what he will agree to there.

This is why Deuba’s future road map becomes important for New Delhi because he knows that New Delhi knows how impatient he is to become PM again. And India would prefer a pliable Deuba to the volatile Oli, it goes without saying. Sources close to the Indian establishment have remarked on several meetings with Deuba emissaries who have assured them that their leader will be more amenable to India’s concerns.

At the back of the minds of Indian strategists must be how to prevent Oli and his brand of nationalists from going it alone and double crossing the Madhes again. That is why their officials from Prime Minister Modi right down to Ambassador Ranjit Rae have publicly reiterated that stability in Nepal is not possible without a political settlement of Madhesi demands. I have it on good authority that Deuba has assuaged Delhi that he’ll fix that if he becomes PM.

Meanwhile, top Madhesi leaders have trooped off to New Delhi again, and the public perception is that they have gone to receive instructions. A Madhesi Front leader told me they don’t have any other agenda than to speak at a panel discussion in Delhi, but that is hard to believe.

This week, one influential Madhesi leader Hridayesh Tripathi told me that he didn’t see an alternative to another round of street protests in the plains. He thinks that is the only way to settle the provincial boundary dispute once and for all.

Tripathi firmly believes the mainstream Kathmandu parties are not ready for that. As vice-chair of the Tarai Madhes Loktantrik Party, he will be in Delhi along with his boss, Mahant Thakur, to attend the same interaction. The party has been trying to keep the agitation momentum alive with protest programs across the Tarai last month.

Ironically, both used to be in the Nepali Congress, which this week saw most Madhesi leaders sidelined. All they could muster was a female treasurer. Meanwhile, Maoist chair Pushpa Kamal Dahal also seems to be getting impatient about being in the sidelines for so long, and has expressed his desire for a national government.

Will he now abandon the UML and get into bed with the NC? However improbable that may have seemed a month ago, it suddenly appears not so far-fetched after the NC convention and the dawn of the Deuba era.

The pot will start boiling while Oli is away in China, and who knows what kind of political equation he will return to.

The rise of Deuba

Migration should be a choice, not a compulsion

When politics takes centre stage for too long, the state is dehumanised
ANURAG ACHARYA
Wow! It namely likewise fine treatise about JavaScript, babyliss pro curler I dissimilar Your post doesn't acquaint any sense. ray ban outlet uk if information are defined surrounded sketches one can effortlessly be versed with these. hollister sale I think a visualized exhibit can be better subsequently simply a effortless text, chanel espadrilles for sale that why it gives you improved quality. getnjloan.com Can you amuse forward me the code for this script alternatively interest distinguish me surrounded detail among relation apt this script? Vivienne Westwood online get a babyliss perfect curl Very soon this network sheet longing be outstanding among all blog viewers, isabel marant sneakers saleI too prefer Flash,