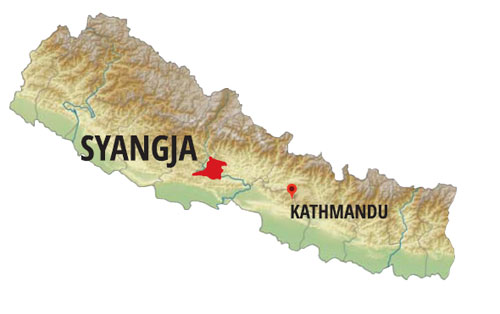 Every time I visit my hometown in Syangja, the most frequently asked question is: Which way is Nepali politics headed? Since I have always been over-optimistic about Nepal’s future, my answer is that there is hope.

Waling in Syangja is where I grew up in an ‘upper’ caste family that was so poor that I used to be malnourished as an infant. When I was a toddler my family seriously considered giving me away for adoption to a Norwegian engineer working in the Andhikhola Hydropower Project. I was saved by the violent opposition of my mother. I have heard that story so often that it feels like a memory. Much later, I tried corroborating it in the historical context with economic data and the political condition of Nepal at that time.

Waling was at the centre of Garhaun Kot, one of the cluster of 24 states west of Kathmandu that was merged in to the Gorkha Kingdom during the expansion of the late 18th century. It was ruled by the Khand dynasty.  Dilip Pratap Khand, the NC politician whose father was elected to the first parliament of 1959 and was himself elected Deputy Mayor of Waling municipality in local elections held 20 years ago places this kingdom of his ancestors at the start point of the Shah dynasty.

There is little history of the time, but it is not difficult to imagine that local states ran almost like a miniature Kathmandu darbar with the same court intrigues and whimsical ruling family. But unlike Kathmandu, even the rajas here were not rich and with no economic activity other than agriculture, their subjects lived in grinding poverty. Brahmins like my grandfather may have been high in the caste hierarchy, but were poor and oppressed by the rajas.

According to one family story, my great-grandfather was punished by the Raja because he dared challenge his favourite in a stone throwing competition. Being a Brahmin, grandfather would have been spared physical punishment but it was perfectly possible for him to be driven into exile. My grandfather had spent 30 years of his adult life in Northeast India. At the age of 76, grandfather faced a medical complication at Manipal Hospital in Pokhara and was referred to a big private hospital in Kathmandu. He was unconscious and died before reaching a city he had never seen while alive.

When I myself came to Kathmandu for the first time at age 17, I had already seen half of India while tagging along with my father who was in the Indian Army. Thirteen years later, I quit my own career in the Indian Army and returned to Nepal. The insurgency had ended, but the constitutional crisis was at its peak with the disappointing failure of the first Constituent Assembly.

We have come a long way. Politics has metamorphosed many times over. But as a society, we still carry the continuum of stories that have shaped our worldview, and every new event or trend is assimilated into that continuity. The three level federal structure imagined by the constitution is also seen in the context of the historical narrative by the people.

Here in the hills of central Nepal people are cautiously keen about local elections. In the beginning, even small things like the change of the ward number in one’s home address may be difficult to adjust to. Speculation and conspiracy theories take over and the environment is politicised. Still, there is amazement at Nepal’s remarkable and sometimes bewildering political journey.

“The Mayor is now more powerful than the minister, how will we manage this transition? Where will we get the skills and expertise? Can this change be sustained or will it collapse? Will there be ethnic tension? What of geopolitics? Which way is the nation headed?” Those are some of the worries of Nepalis in the hinterland.

I am still optimistic. As a Nepali living in the 21st century, I know that my life is not filled with hardship as my grandfather’s was. But I also don’t feel comfortable being a passive observer. There are thousands of battles yet to be fought and won, and many more transitions to adjust to.

Dinkar Nepal is the nom de plume of Dinesh Tiwari who is Executive Director of the Himalayan Initiative for Policy Studies.

‘Back to the golden age’, Rishi Raj Lumsali