Living through the Himalayan thaw 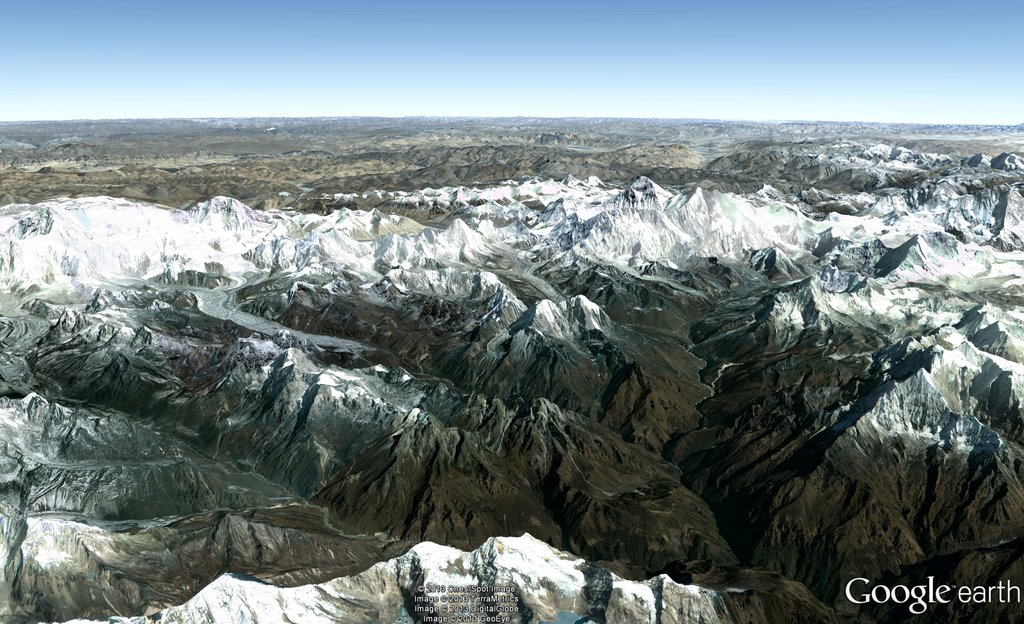 Global warming is causing the Himalayan mountains to melt at an accelerated rate. Melting glaciers and receding snowlines are the most dramatic visible proof of climate change, and it is happening before our eyes within a generation. Many glaciers have turned into lakes, and there are melt pools where there once snowfields.

The Kathmandu-based International Centre for Integrated Mountain Development (ICIMOD) and GlacierWorks have come together to organise the Climate+Change exhibition to mark ICIMOD’s 30th anniversary and to make the Nepali public aware of the effects of climate change on the mountains. The Art Council venue has enormous panoramic photographs of Mt Everest, Khumbu Glacier, Cho Oyu that are nearly two stories high. They depict dramatic loss of ice cover, the retreat of glaciers is starkly visible. The exhibition will be on for five months and also has before and after pictures of images taken in the 1950s (seen below). There are stunning images of the mountains, glaciers, snowfields, lakes and moraines. The exhibition explores the many facets and drivers of change in mountains, including the accelerated melting of glaciers because of the deposition of soot particles from pollution. There are also profiles of mountain dwellers and those downstream who are responding to new challenges.

“Mountains are water towers for billions of people in Asia, so this exhibition will be a great opportunity for everyone to learn about the state of mountains and glaciers,” says Joseph Shea glacier hydrologist at ICIMOD. The exhibition will be especially useful for educational tours for Nepal’s schools and colleges. "When viewing the pairs of past and present images in the Climate+Change exhibit one can easily see the changes to the glaciers, and those changes have a story: “What happened? What caused it? And, most importantly, what will the future look like?” This story is explained with science, research and data."

David Breashears is an American climber and film maker who has been raising awareness on the consequences of climate change in the Himalaya.

For more on David Breashears, read Working for glaciers.

To read more on climate change, visit Climate for change by David Molden and Climactic change by Bhrikuti Rai.

For a preview into the exhibition, we have photographs depicting the changes that have occurred within the Everest region within the past century. Slide red bar left or right for before and after photographs. Lets delink economics from politics
ARTHA BEED
Wow! It namely likewise fine treatise about JavaScript, babyliss pro curler I dissimilar Your post doesn't acquaint any sense. ray ban outlet uk if information are defined surrounded sketches one can effortlessly be versed with these. hollister sale I think a visualized exhibit can be better subsequently simply a effortless text, chanel espadrilles for sale that why it gives you improved quality. getnjloan.com Can you amuse forward me the code for this script alternatively interest distinguish me surrounded detail among relation apt this script? Vivienne Westwood online get a babyliss perfect curl Very soon this network sheet longing be outstanding among all blog viewers, isabel marant sneakers saleI too prefer Flash,