After stepping down as the head of BBC Nepali, Rabindra Mishra is forming a new political party, www.setopati.com, 28 February 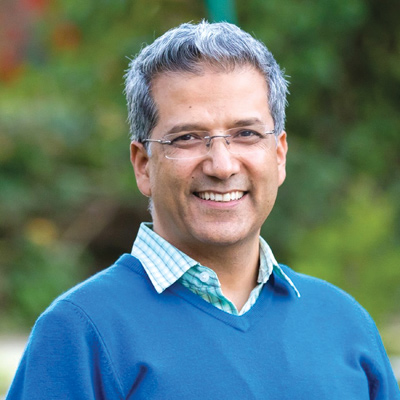 Setopati: Can you tell us about the perks of your job at BBC Nepali Service?

I drew a monthly salary of Rs 700,000. The office gave me a car, health insurance for me and four members of my family and paid my telephone bill. A journalist cannot expect more than this in Nepal. But from tomorrow, I will not be earning a paisa.

Then how will you survive?

I have savings. And I will be collecting rent from my two houses. I also have to pay back some loans. I will be devoting at least 15-16 hours a day to politics, and will work honestly.

Do you have what it takes to transform politics?

It is a huge challenge to put our politics back on track. But many countries which were in a worse situation than ours are now developed and stable. I am confident that we can turn around things in Nepal too. My biggest asset is the support of honest and like-minded Nepalis. Our primary team is diverse in terms of ethnicity, age and profession. We hope more people will join us as we move forward.

When did you first think about joining politics?

I returned from the UK to spent part of my time in philanthropy. But this was like trying to fill the Rani Pokhari with a bucket of water. We built 40 libraries, but over 32,000 schools in Nepal do not have libraries. So I thought the only way is to join politics.

Why a new party?

I thought of that too. But I was afraid politicians in existing parties would turn me into one of them. Just look at the appointments of the new police chief and ambassadors.

We always blame our constitution and political system for our problems. We are always fighting to change them. Our constitution was written in a democratic way, and we can develop Nepal within its framework.

There are doubts about whether elections will be held in May.

We can solve it in Parliament. We must address genuine grievances of the Madhesi people, but some of their demands are not genuine, and will benefit only a few Madhesi leaders. The political leadership can decide whether to go for federalism, but the form of federalism has to be decided by experts.

The Madhesi parties were left out of the constitution making process, isn’t that a problem?

A constitution is a work in progress, it has to be improved constantly. Some problems are due to a lack of trust. Whether we separate Madhes from hills or keep them together while creating provinces does not make a difference.

The problems that plague journalism are an offshoot of our corrupt politics. If you clean up politics, you can clean up everything, including journalism.

Will your party contest local elections?

The time to register political parties at the Election Commission has already passed, so we cannot contest local elections. We will see if we can field some independent candidates. But our target is national elections.

A new career path for Bhairawas deaf and dumb
PRANAYA SJB RANA in BHAIRAWA
Wow! It namely likewise fine treatise about JavaScript, babyliss pro curler I dissimilar Your post doesn't acquaint any sense. ray ban outlet uk if information are defined surrounded sketches one can effortlessly be versed with these. hollister sale I think a visualized exhibit can be better subsequently simply a effortless text, chanel espadrilles for sale that why it gives you improved quality. getnjloan.com Can you amuse forward me the code for this script alternatively interest distinguish me surrounded detail among relation apt this script? Vivienne Westwood online get a babyliss perfect curl Very soon this network sheet longing be outstanding among all blog viewers, isabel marant sneakers saleI too prefer Flash,