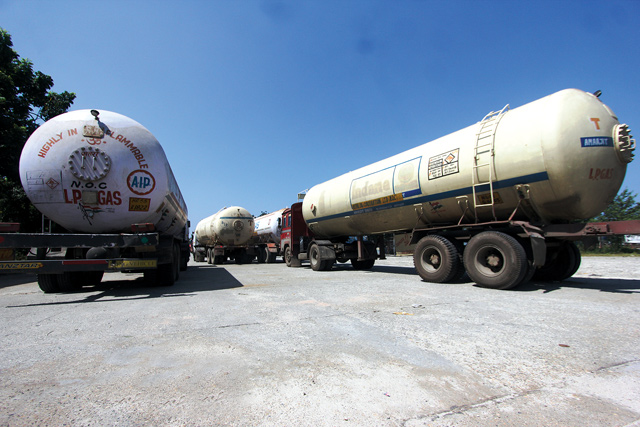 As Nepal braces itself for the third week of the Indian blockade and nearly two months of a Tarai shutdown, it is becoming increasingly clear that the standoff between the two neighbours is not really about the recently-adopted constitution or the rights of the excluded plains community. It is about bruised egos in the New Delhi establishment trying to teach Nepali politicians a lesson for not listening to them.

As we reported from the central Tarai last week, a majority of Madhesi people were not agitating in the first couple of weeks after the constitution went ahead in August. The Madhesi leaders couldn’t get the people to come out in support of a street movement because voters had seen them nominating wives and wealthy businessmen as CA members under quotas meant for the poor and marginalised people.

What turned the tide was the deliberately provoked violence in Kailali and the lynching of policemen on 24 August. Riot police started over-reacting across the plains, beating, abusing, shooting innocent bystanders. As our reporter said, every abusive word, every bullet and every loss of life added fuel to the fire. And since Kathmandu didn’t seem to care, it was easy for the Madhesi leaders to get their people to teach the capital a lesson by blocking the highways to India.

But by now the Madhesi people’s struggle for dignity has turned into a proxy war in which they are doing India’s bidding. It was not a coincidence that the Madhesi Front decided to cut off supplies to Kathmandu by blocking border points only after India’s Ministry of External Affairs merely took ‘note’ of ‘a’ constitution and expressed concern over ‘difficulties’ facing Indian freight companies and transporters due to ‘the prevailing unrest’ in the Tarai.

India has denied imposing a blockade against Nepal, and the international community seems to be wary of antagonizing New Delhi to raise the issue. There is a near blackout on news about the Nepal blockade in the Indian press, and it is not important enough a story for the international media until more people die. But the reality is there for all to see: even the Indian customs officials at the border are not trying to hide it anymore. This is an out and out blockade, let’s call it what it is. Madhesi parties have not staged sit-ins at all border points. But the supply of essential commodities, most importantly fuel, is not getting through even at checkpoints where there isn’t a single protester.

This is now turning into a serious nationwide humanitarian crisis, worse in terms of economic damage than the April-May earthquakes. The Dasain festival is just one week away, and this seems to have bolstered New Delhi’s resolve to squeeze even harder for every last concession it can get – even on matters that have nothing to do with the constitution.

The Indian establishment first leaked seven points it wanted amended in the new constitution, immediately denied it, then this week stated that it is indeed their official position. But even that now seems to be just a ruse for New Delhi’s other undeclared demands, like pressure to grant a controversial contract for a fast-track highway joining Kathmandu with the Tarai to an Indian company.

India also seems to be opposed to KP Oli replacing Sushil Koirala as prime minister, and has a whole host of demands on security and other issues that we haven’t even heard about. The blockade is no longer just about the Madhes or the constitution.

But what led us to where we are today is largely the doing of our own political leadership. As a country that shares a long porous border with Nepal, we should have been sensitive to India’s security concerns. Knowing our overwhelming economic dependence on India, our leaders should have known the limits of our political elbow room.

Still, it is hard to figure out how antagonising most of the Nepali population will help India in the long run. Is winning an Indian state more important than losing a neighbouring country? Silly question. It probably is.

An American professor, who once taught at TU, talks about the Kathmandu he knew, the state of our politics, and compares the Maoist insurgency with other movements in Indo-China.
RAJENDRA S. KHADKA

Daily commuters are riding high on the sleek new microbuses. But an efficient mass rapid transport system is still a long way off.
Alok TUMBAHANGPHEY

"I dont like to idealise things.I like breaking rules."
SAMUAL THOMAS
Wow! It namely likewise fine treatise about JavaScript, babyliss pro curler I dissimilar Your post doesn't acquaint any sense. ray ban outlet uk if information are defined surrounded sketches one can effortlessly be versed with these. hollister sale I think a visualized exhibit can be better subsequently simply a effortless text, chanel espadrilles for sale that why it gives you improved quality. getnjloan.com Can you amuse forward me the code for this script alternatively interest distinguish me surrounded detail among relation apt this script? Vivienne Westwood online get a babyliss perfect curl Very soon this network sheet longing be outstanding among all blog viewers, isabel marant sneakers saleI too prefer Flash,