From seedy cyber cafes to sleek smartphones, online harm is just a touch away
Ryan Chang 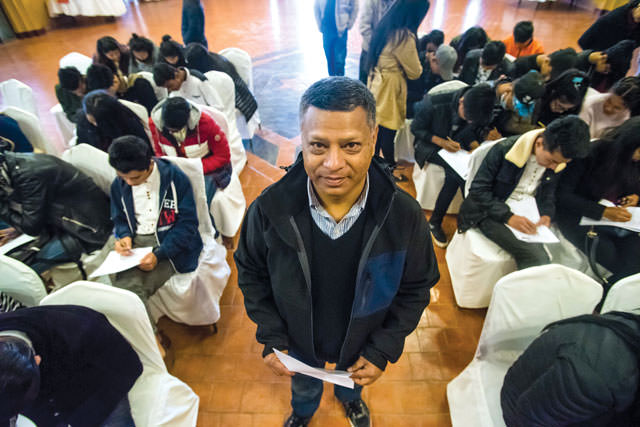 SAFETY GURU: Anil Ranghuvanshi of 'Childsafenet', in a web safety workshop session at Norling Resort with students from Bijeswori School

Two years ago, a college student in Kathmandu shared with her boyfriend a nude video of herself, trusting it to be a secret between just the two of them.

They soon broke up, and the boy published the explicit video on social media out of revenge.

But the video is still circulating—its legacy locked in the permanent continuum of the Internet, even after the victim’s death. It is a reminder that the web is far from safe in Nepal, and that millions of children and young adults are at risk.

New technologies have made it more difficult for the authorities to keep up with child abuse and other crime in the cyber world, and Nepal’s antiquated legislation has not kept pace with the challenges of the shifting online frontier.

In its Children in a Digital Age report published in December, UNICEF recommended that governments worldwide take seriously the impact of digital technology on children’s lives. Teenagers and young adults aged 15-24 are the most connected age group, with up to 78% of them online compared to an average 48% of the total population.

However new technologies—such as the Dark web and crypto-currencies—allow ‘made-to-order’ child sexual abuse material to be livestreamed. Lack of education on how children can protect themselves online makes many of them vulnerable.

Young victims in underprivileged areas become vulnerable the moment they are connected to the internet. Activists in Nepal say reporting on the issue has been minimal. 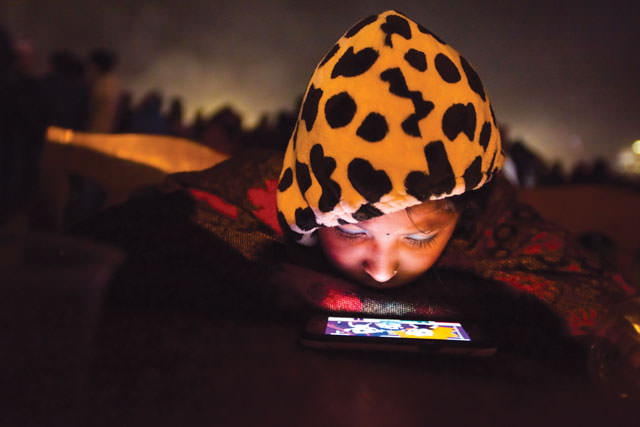 According to student Nikesh Tandukar, 20: “If the cyber crime laws are strong, then no boy will ever try to repeat the incident of the college girl’s suicide to embarrass a girl.”

In Kathmandu, cyber-baiting has netted young victims who have just finished their SLCs. Nikesh Tandukar was lured on social media to join a recruitment program making incense sticks for Rs15,000 a month. After paying an application fee of Rs2,500, Tandukar never heard back from the recruiters.

Without proper knowledge of safe internet use, young adults hacked on Facebook face embarrassing and shameful consequences. Dibesh Awale, 21, had his timeline covered with pornographic GIFs and videos by a hacker. “My friends feared I would be arrested, they thought I was the one sharing this on public,” he says.Children in Nepal are exposed to pornographic materials at a younger age than in many other countries.

College student “Rabinda” told Nepali Times it was first shown to him when he was eight years old. “I was afraid and surprised: it felt like a horror movie for me,” he said. Now, 10 years later, watching pornography has become a daily habit for him.

The Nepal Telecommunications Authority (NTA) says up to 62% of Nepalis were using the Internet in 2017, a staggering 95% of them on mobile phones only, with the remainder accessing the web on fixed computers.

However increased access to the internet via mobiles has also given children, especially from marginalised backgrounds, the chance to be treated as people rather than members of known group. “When they are in the virtual world no one can discriminate against them based on who they are offline,” Tuladhar says.

In hard-to-reach districts such as Mugu, Humla and Jumla, where schools are sometimes closed for up to six months at a time, the internet has replaced books as the de facto source of information.

For college-aged students, the internet has become the best source of learning outside of school. Prasish Maharjan, a Kathmandu classical musician, credits free content on YouTube for teaching him advanced techniques for playing tabla when he was younger. “If a teacher asked me to buy cassettes and CDs now, I would think he’s crazy,” he says.

Do you know where your children are?, Alok Tumbahangphey

One month into office, Chand government is getting little help from squabbling politicos.
BHAGIRATH YOGI
Wow! It namely likewise fine treatise about JavaScript, babyliss pro curler I dissimilar Your post doesn't acquaint any sense. ray ban outlet uk if information are defined surrounded sketches one can effortlessly be versed with these. hollister sale I think a visualized exhibit can be better subsequently simply a effortless text, chanel espadrilles for sale that why it gives you improved quality. getnjloan.com Can you amuse forward me the code for this script alternatively interest distinguish me surrounded detail among relation apt this script? Vivienne Westwood online get a babyliss perfect curl Very soon this network sheet longing be outstanding among all blog viewers, isabel marant sneakers saleI too prefer Flash,