Nepal is not land-locked, but land-linked, with untapped potential for Indian, Chinese and domestic Nepali tourism 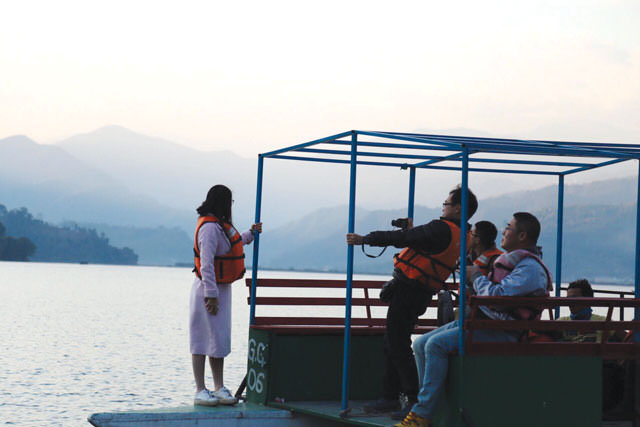 Like everyone else, Nepalis love to travel, see exotic places, enjoy good food and drinks and shop till they drop. A Hong Kong immigration official once asked me politely: “Nepal is supposed to be a poor country. Yet, why is it that we see many passports in which the occupation says farmer and yet the purpose of visit is tourism?”

Nepalis have historically always been on the move, whether to trade, work, to fight world wars, or for pilgrimage. They brought back stories and gifts, encouraging more to travel. With ever-greater disposable income, mobility and social media posts, we can expect word of mouth publicity prompting more Nepalis to travel abroad in the years to come.

The tourist spending figure also does not take into account what Nepali domestic tourists spend within Nepal for food and drinks, which is often more than foreigners. But they do not like to pay for the room, because historically we never paid for the ‘floor’, or straw mat or rug on the floor.

Given that Nepali tourists outnumbered foreigners in Pokhara this holiday season, there is a ripe opportunity for hotels and lodges if they want numbers to grow. The two-rate system for Nepalis and foreigners is also an issue: Nepali passengers are regularly off-loaded from flights and tourist buses. Yet a country of 30 million with nearly 2.5 billion people right next door, tourism has huge market potential.

At a recent interaction in Bhaktapur we explored how the three markets could build more synergy. How can a Chinese or Indian tourist be convinced to spend more time in Nepal? When the new Bhairahawa and Pokhara airports are completed, tourists can be more spread out, and the sky would literally be the limit.

Nepal is not land-locked, but land-linked, and we can get far more tourists coming by land as highways linking the country to China and India are upgraded. Millions of tourists can arrive by bus, rail, car, motorbike, or simply walk across.

On a recent flight, a group of Malaysian tourists proudly told me they were carrying bags of ‘old clothes’ to give away during their trip to Nepal. Shame on the firms making poverty a tourism product. Charity tourism takes visitors to orphanages and homes for destitute women and schools, where they display ragged and dirty children as tourism products. Nepal can never get its true worth if we always sell the country as a cheap destination. Animals in cages and in chains, like the elephant breeding centre, and even safaris in Chitwan have no future either as animal rights activism grows.

The looming question is whether we will have enough service sector workers if we saturate the ‘off season’ with Nepali, Indian and Chinese tourists?  In the Khumbu, ‘going south’ at the end of the peak trekking season means flying off to New York, California or Sydney to see relatives. Most qualified Nepali workers are in hotels in Dubai and Doha. One reason Nepali tourism entrepreneurs are not interested in investing in business expansion is because the children are not keen to come back to take up the family business.

Tourism can and should be an end but also a means to meet conservation goals and improve the quality of life for the local people. While the Chinese want to buy tiger bones as an aphrodisiac and Indians seek shawls made from Tibetan antelope wool, tourism could provide a way to experience these exotic animals in the wild so that tourists no longer desire to purchase illegal wildlife products.

Competition should not be only about who can sell Nepal cheaper. The tourism sector badly needs a cultural revamp, and we need to roll out new products and services. Who will be the first to open an oxygen bar at Hilsa for elderly Indian pilgrims going to Kailash? Can the Trump tax break be converted to bringing back American tourists for long treks and safaris?

Anil is President of Siddharthinc.

Where have all the tourists gone, Tsering Dolker Gurung