The capacity for development

Many Nepalis abroad can do just about anything: the ones who stay back are often labelled ‘incapable’ 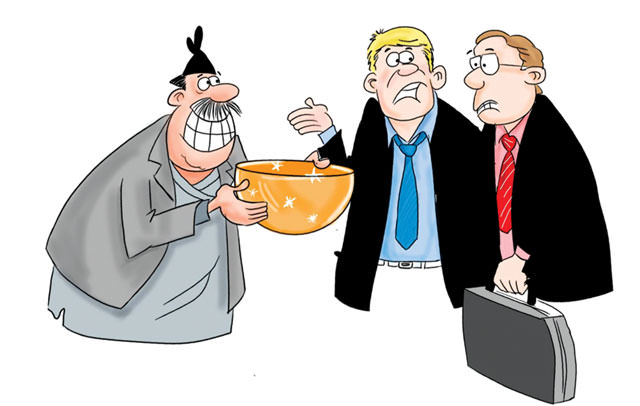 The debate about ‘Foreign Aid’ continues as we try to analyse if overseas assistance has indeed helped Nepal, or if it has made the country weaker.

A development cooperation report published by the Ministry of Finance says Nepal received US$1.4 billion in foreign aid last fiscal year. Of this, 42% was in grants and the rest were loans and technical assistance. A little less than one-third was spent ‘out of the budget’ or disbursed directly by the donors or development partners, and a chunk of this was allocated for ‘capacity building’.

The world continues to invest in us. Every year the amount increase, with the justification that Nepal lacks ‘capacity’. The reality, however, is that a large number of perfectly ‘capable’ Nepalis are underemployed or unemployed, and many of them are working abroad due to lack of opportunities in their own country.

At a recent dinner, I asked the head of a major development agency in Kathmandu if she knew how much capacity they had built in Nepal, and the simple answer was “no”. In one village, where a lot of aid goes into empowering rural, vulnerable, untouchable, poor women, the justification for why a participant was attending a particular training was because she already had certificates for all other issues.

A few years ago, a small group of us were having dinner in Dhangadi and talking about corruption. The restaurant owner overheard us and contributed the following: “We recently had a trainer who came and made a bill for 50 people being trained for 3 days without holding the training.”

I am sure we all have these stories to share. To use an analogy, there is an energy drink in the market, which is as old as foreign aid, and each year the advertisements say it contains ‘even more vitamins’ than before.

Today one out of four Nepalis are living abroad. Many of them are recognised for their capacity to do just about anything. The ones who stay back are often labelled  ‘incapable’. At a recent ‘capacity building’ event for a large group of senior government officers who were serving in remote areas of Nepal, a participant was overheard saying: “If the trainer was capable, he would have left Nepal a long time back.”

Foreign aid has made capable Nepalis second-class citizens in their own country. Although many today have adjusted to this situation, the number one subject for which they seek aid is more capacity building, knowing that this request will be approved.

The government officers you see at the departure and arrival lounges at airports worldwide, with their distinct bags and brand new laptops, are the new faces of capacity building in Nepal. However, donors will be the first to tell you that service delivery to the people is not satisfactory. The people who are supposed to be serving the general public are busy attending a series of yet another round of capacity building trainings, here or abroad.

This tricky game of foreign aid and our development situation will continue to play out for some time. Everyone knows what is happening and is willing to maintain the status quo till the ‘memo’ arrives from ‘above’. In the meantime, Nepalis who are capable and second to none face a real challenge to prove their capacity as it is impossible to compete with ‘free’ aid.

This is the real flip side of foreign aid and the money in capacity building. It completely overlooks our local capacity, distorts the market and makes it impossible to have a plus revenue model. Does a donor staff not realise that even a projector hired for events costs money? Let alone a four-wheel drive, accommodation and free meals.

Foreign aid should help create a level playing field where local capacities are recognised and invested in. There should be an exit plan given that resources are shrinking in traditional donor capitals and headquarters. Priorities need to change with changing situations. We do not like change, yet foreign aid is all about bringing about change. Is ‘free’ always for the better, though?   Anil Chitrakar is President of Siddharthinc and writes this column every two weeks.

Happy to be gay

Further from home, closer we are

The Nepali diaspora is watching and worrying
JEMIMA SHERPA
Wow! It namely likewise fine treatise about JavaScript, babyliss pro curler I dissimilar Your post doesn't acquaint any sense. ray ban outlet uk if information are defined surrounded sketches one can effortlessly be versed with these. hollister sale I think a visualized exhibit can be better subsequently simply a effortless text, chanel espadrilles for sale that why it gives you improved quality. getnjloan.com Can you amuse forward me the code for this script alternatively interest distinguish me surrounded detail among relation apt this script? Vivienne Westwood online get a babyliss perfect curl Very soon this network sheet longing be outstanding among all blog viewers, isabel marant sneakers saleI too prefer Flash,