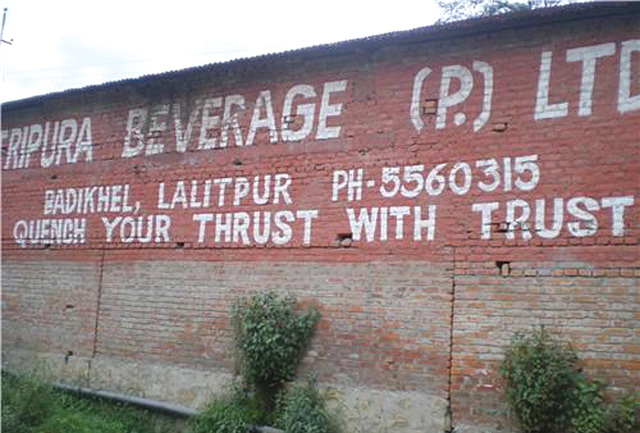 I don’t know if I can make you any more cheerful about the state of the nation than you already are this week. But let me give it a try: Nepal may depend on India for fossil fuels, but thank goodness we are completely self-reliant in the production of beer.

As you all know we have been hoisted on our own petard by the Indians with an alleged, unofficial, undeclared, purported, unannounced, so-called, supposed, informal, (quote) blockade (unquote). Since Prime Minister Jhusil Da is not on email, he was sent a telegram by his Indian counterpart this week which read: ‘SO YOU PASSED A CONSTITUTION COMMA NOTED COMMA OIL STOP COMMA GAS STOP’.

Scientists have long known that there is a direct correlation between Himalayan geo-tectonics and geo-politics. The April Earthquake and the September Blockade have the same geological genesis, both were caused by India pushing into Nepal. This plate expansionism is linked to the convection of magma deep below the earth’s mantle and there is absolutely nothing we can do about it when folks South of the Border suffer one of their bouts of irritable bowel syndrome.

None of this is new, of course. We have to remember that India has been acting pushy for the past 70 million years, ever since it broke off with Gondwanaland, shed Madagascar and Mauritius along the way as it sailed across an ocean that bears its name, and rammed into Eurasia. Which is why Nepal finds itself squeezed between India and China, a fact that our founding grandfather Kingman Prithvi Narayan the Great recognised 250 years ago when he coined the famous phrase: “Let’s face it: Nepal has its nuts in a vice.”

Seismologists have used geo-location sensors along the Main Boundary Thrust (MBT) in the Tarai to come up with the astounding recent discovery that there is no No Man’s Land anymore, border pillars have been found to move by up to 50m in the course of one night. Nowhere else on the planet is continental drift happening at such a high velocity as here. And way out there at the tri-junction of Nepal, India and China on Lipu Lekh the tectonic plates have moved so dramatically that a whole chunk of Nepali territory, unbeknownst to Kathmandu, was thrust over to the Indian side.

The Nepal grovelment response to the unofficial blockhead so far has been half-hearted and incomplete. If we are serious about tackling this crisis head-on there are five immediate measures we can undertake on an urgent warlike footing:

Do absolutely nothing. Yes, that’s right, let the blockade continue into the unforeseeable future so as to reduce our widening trade deficit with India. In the past week of the blockade Nepal has saved Rs 50 billion in imports. According to FinMin Mahat, if we can keep this up for the rest of the 2015-16 fiscal cycle, Nepal will have a balance of payments surplus with its southern neighbour. Yay!

OK, you say, but that still leaves us with the water crisis. We can do without oil, but kind of difficult to flush the toilet without water. Which is why the government is working on a cunning plan to get Lujendra Ojha who discovered water on Mars, to try to find water in Kathmandu as well. Better hurry before Aaj Tak says Ojha was born in #India.

And speaking of Indian tv, Nepal’s Ministry of Disinformation and Miscommunication is worried about the cable operators blockading Indian channels and is planning to transmit North Korean teleserials for Nepalis to watch over the holidays so we can forget our woes.

The government is also weighing its options to dig a motorable tunnel under the Indo-Nepal Line of Control at Bhairawa, Birganj, Biratnagar and Nepalganj in order to bring in essential perishables like bananas, pineapples and pomegranates into the country. We have to have our poms.

As already announced by the Minister of Industry, Nepal will “soon” be exporting petroleum to India. That is why getting the Indians to build the Amlekhganj pipeline was a masterstroke: we will actually be sending crude the other way as soon as we fast-track exploration permits along blocks in the Tarai and strike oil by Sunday.

With the Maoists now on board, it looks like someone else is causing trouble
CK LAL
Wow! It namely likewise fine treatise about JavaScript, babyliss pro curler I dissimilar Your post doesn't acquaint any sense. ray ban outlet uk if information are defined surrounded sketches one can effortlessly be versed with these. hollister sale I think a visualized exhibit can be better subsequently simply a effortless text, chanel espadrilles for sale that why it gives you improved quality. getnjloan.com Can you amuse forward me the code for this script alternatively interest distinguish me surrounded detail among relation apt this script? Vivienne Westwood online get a babyliss perfect curl Very soon this network sheet longing be outstanding among all blog viewers, isabel marant sneakers saleI too prefer Flash,