The Day of the Donkey

Some readers may find this week’s column disturbing and objectionable because it will make no reference to the unofficial “Blockade” imposed by so-called “India” on purported “Nepal”. 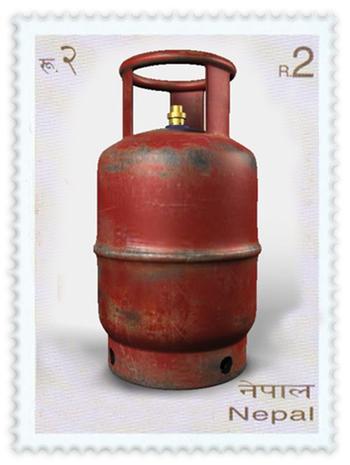 HEALTH WARNING: Some readers may find this week’s column disturbing and objectionable because it will make no reference to the unofficial “Blockade” imposed by so-called “India” on purported “Nepal”. It will instead concentrate on my favourite festival of the year, Tihar, when we set aside one day to worship our favourite animal, or thing. This column also contains some flash photography.

Day of the Crow

British scientists recently discovered what we in Nepal have known all along: that crows are collectively smarter than human beings. To test this hypothesis, they placed a treat in a test tube, and left a piece of copper wire casually lying around. Guess what the smarty pants crows did: they bent the wire into a hook, fished out the said treat and had a picnic. They even knew how to talk with their mouths full. Over at NAST, Nepali biologists were pretty blasé about the whole thing. Our ancestors have known all along just how smart the birds are, which is why they chose the crow as the aide-de-camp to the God of Death over a short-list of other applicants including the Female Anopheles Mosquito, The Tick, and the Fruit Bat. The reason we worship crows in Nepal is that they are not only numerically superior to human beings, but they also have far higher IQs than them. In fact, the time may have come for Nepal to have its first Crow Editor-in-Chief, first Crow ex-King, and if we had a Crow Prime Minister heading a Cabinet of Ravens, Rooks and Jackdaws, perhaps we’d not be in the mess we are in right now.

From my own personal observation at our favourite neighbourhood garbage pile (which is about ten metres away as the crow flies from where I am sitting now) I can tell that several of the crows feasting there deserve PhDs. British crows may use primitive tools to extract treats from test-tubes, but their cousins at Krishna Galli have discovered fire. Yes, they actually set the trash ablaze this Halloween and organised a pot luck barbecue. And since crows are socialist animals they even invited crows from as far away as Babar Mahal for the party.

So, on 9 November we honour Yamaraj’s roving ambassador and plenipotentiary and feed them the innards of a deceased Water Buffalo, which itself is the vehicle of the God of Death. Quite how that works, I have yet to figure out.

The Day of the Dogs

This is the day when dogs are gods for a day. We worship man’s best friend and reward Kaley, Setay and Khairey for being around when we need them most to provide us with security in these troubled times by yowling non-stop all night at everyone in general and no one in particular. Disregarding our own personal discomfort and sleep deprivation we get up at the crack of dawn on Dog Day to round up the neighbourhood dingo pack and feed them body parts of fellow animals, resisting the temptation to lace it with pulverised sleeping pills. Veneration of our nocturnal canine choir is a tradition that has been passed down to us from generation to generation ever since, as British scientists recently discovered, the first dog was born 75,000 years ago in what is now Nepal. Not in India, so there.

The Day of the Cow

Then comes Friday, the day in our animal kingdom reserved for none other than the Holy Cow which was recently elected by parliament for a third term in office beating the One Horny Rhino 7-5 in a tie-breaker. It is an indication of the reverence we accord to our National Animal that we give her the privilege of serving as bovine traffic islands at the Jorpati Intersection weekdays from 9-5. The cow’s terms of reference is to not budge, especially if Prime Minister Modi’s motorcade whizzes by. On Friday, let us show that we are gender balanced by also paying respects to oxen and bulls.

This year, Bhai Tika has been replaced by Gas Cylinder Day when we will garland the half-full cylinder that took three days of waiting in line at Salt Trading and pay it divine reverence at an auspicious hour designated by the ex-royal asstrologer.

From this year, Tihar has been extended by a few more days to include new items of reverence in New Nepal. Which is why on 13 November we will take our prized 1l plastic mineral water bottle filled with petrol, place it in the altar and venerate it.

Day of the Donkey

BP Koiralas son Shashank Koirala in Deshantar, 4 September
Wow! It namely likewise fine treatise about JavaScript, babyliss pro curler I dissimilar Your post doesn't acquaint any sense. ray ban outlet uk if information are defined surrounded sketches one can effortlessly be versed with these. hollister sale I think a visualized exhibit can be better subsequently simply a effortless text, chanel espadrilles for sale that why it gives you improved quality. getnjloan.com Can you amuse forward me the code for this script alternatively interest distinguish me surrounded detail among relation apt this script? Vivienne Westwood online get a babyliss perfect curl Very soon this network sheet longing be outstanding among all blog viewers, isabel marant sneakers saleI too prefer Flash,