Finally, something not about elections 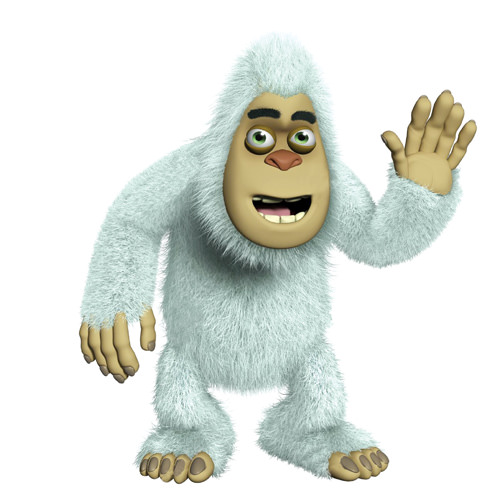 We expect most royal leaders and loyal readers of this paper to be suffering from EFS (Election Fatigue Syndrome) which is why the Ass will not mention anything to do with erections for the duration of this week’s column. Maybe next week, but can’t promise.

As you all know by now, this was a week that we learnt of the devastating news that evolutionary biologists at the State University of New York at Buffalo declared that the Yeti does not exist. After detailed DNA analysis of the genome sequence of the femur, underarm hair and toe-nails from Yeti body parts from monasteries in the Himalaya they found the tissue samples belonged to three species of bears and a Tibetan mastiff, but not the Yeti. Nyeti.

This is indeed terrible news for Nepal’s tourism industry, which has always reaped bonanzas from the aura surrounding the existence of the beast. It was the Yeti legend that preserved Nepal’s mystique in the outside world and lured tourists to our country. We even honoured it by naming an airline, a development bank, a casino, a luxury hotel, and a vacuum insulated tumbler after the Abominable Snowperson.

To add insult to injury, the announcement about the non-existence of the Yeti was made while an international conference was taking place in Kathmandu this week of Asia for Animals at (where else?) the Yak & Yeti Hotel. It is clear the international community is not going to lift a finger to help Nepal to restore the Yeti’s existentialism, in fact countries with their own hypothetical animals like the Loch Ness Monster, Bigfoot or Sasquatch may have a vested interest in declaring there are no Yetis in Nepal so that their own tourism sectors will reap the benefit.

Nepal cannot take this international conspiracy lying down. We should be standing upright on our hind legs. It is incumbent upon higher up authoritarians in GONE to take this matter up forthwith with the urgency it deserves. We should immediately call a national strike and shut down the country. We should advise all our embassies abroad to get our Ambassadors and Plenipotentiaries to don Yeti outfits and host press conferences. We should fire off a few ICMBs in the general direction of Guam. We should declare 2018 as the International Year of the Yeti and convene an international conference in Tengboche titled ‘Yes, The Yeti is Alive and Kicking’.

Celebrities who believe in the existence of the Yeti, like Reinhold Messner and (posthumously via Skype) George Mallory, should be invited to give keynote speeches. What many people do not know is that Mallory was misquoted when he answered the question “Why do you want to climb Mt Everest?”. In actual fact, the question was “Why do you keep looking for the Yeti?” To which his answer was the now famous line: “Because it is there.”

Nepal should allow international scientific expeditions to look for the Yeti, and even subsidise them with tax payer’s money. These expeditions should sign MoUs putting them under contractual obligation to find just enough evidence that the yeti exists, without actually finding a specimen of the said animal. We want to keep looking for the Yeti, but we don’t ever want to find him and/or her.

"The customer is boss"

The future is a tiny shrub thriving under the apple trees above the Kali Gandaki.
DANIEL LAK

A world of failures

Not a great time in history, but a chance to re-invent ourselves.
DANIEL LAK

The business of death
ARTHA BEED
Wow! It namely likewise fine treatise about JavaScript, babyliss pro curler I dissimilar Your post doesn't acquaint any sense. ray ban outlet uk if information are defined surrounded sketches one can effortlessly be versed with these. hollister sale I think a visualized exhibit can be better subsequently simply a effortless text, chanel espadrilles for sale that why it gives you improved quality. getnjloan.com Can you amuse forward me the code for this script alternatively interest distinguish me surrounded detail among relation apt this script? Vivienne Westwood online get a babyliss perfect curl Very soon this network sheet longing be outstanding among all blog viewers, isabel marant sneakers saleI too prefer Flash,