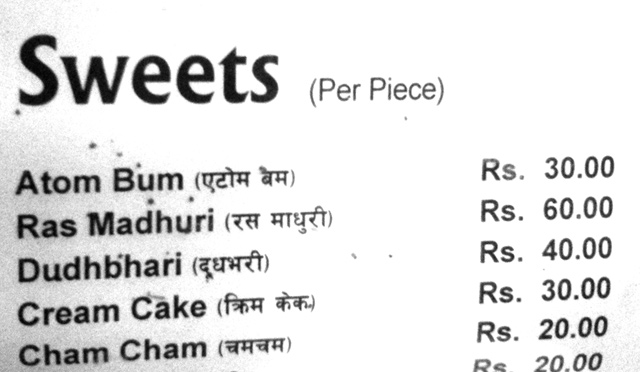 It is now finally becoming clear to The Ass why we have such a long and glorious history as an independent nation state never colonised by a western power. (We are currently colonised by a southern power, and Kathmandu colonises an entire chunk of the country, but that’s another story.) The long and short of it is that every prospective invader since Alexander the Great took one look at Nepal’s formidable terrain, our happy-go-lucky khukuri-waving people, and our national side-dish of gundruk ko achar, and they concluded we were ungovernable and left us alone. “Nope, ain’t going there,” Genghis Khan is reported to have told reporters on condition of anonymity.

Which is why Nepal has the dual distinction of being South Asia’s oldest country and youngest republic. Since age is respected in this part of the world, Nepalis are a bit thin-skinned when we are not treated with the honour and esteem we deserve. It makes us mad as hell when others do not take us seriously. One way to be held in higher regard by the international communitarians is to lobby to gain membership in the Axis of Evil by backpedalling faster than we are currently moving backwards in our evolution towards full-blown democracy.

How can we expect to be treated with reverence when we fail to declare a national nationwide nationalistic holiday when the President is flying off to Sri Lanka on Friday? For decades we were known as a country that would shut itself down when a foreign or domesticated Head of State was coming and going, and it is clear that our standards are slipping. It is time to set our clocks back by a couple of centuries, while ensuring that we are always 15 minutes ahead of Indian Standard Time.

We have two breeds of politicians. We have someone like Lotus Thapa who resigns as deputy prime minister and stays resigned. Such consistency and integrity will never advance us in our march to being a failed state. We need more people like Bimalendra Needy who also resigns as deputy prime minister and immediately rejoins the grovelment. That is the kind of quick decision-making we need if we are to be admitted into the Evil Empire.

If we are serious about becoming a pariah nation and remaining one, we can’t pussyfoot around anymore. If we are to hobnob with King Kim of DPRK we have to adhere to some of the basic norms of international naughtiness. No one is going to take us seriously if we are half-hearted and reinstate a Justice-in-Chief we sacked just because there was a writ. We cannot go around pretending to be bad anymore, we have to be a real Bad Ass.

We know from North Korea and Iran that one surefire shortcut to improve our international standing is for our Plutocrats to begin plutonium enrichment without further ado -- as if our tails were on fire. We can start with the newly-discovered U238 deposits in Mustang, get those centrifuges spinning in GONE’s labs at [BEEEEEEP] of [BEEEEEEEP] district and build our Atom Bum.

What? No, we can’t divulge the location of this top secret research facility, you [BEEEEEP] son of a [BEEEEP]. That is the other thing our leaders can learn from His Excellency Rodrigo (“Rody”) Duterte: the UN and the EU will only respect and fear us if we begin to use a lot of rude words like [BEEEEEP], [BEEEEEP] and [BEEEEEP].

"I didn’t believe in killing people"

Shyam Shrestha in Deshantar, 22 August
Wow! It namely likewise fine treatise about JavaScript, babyliss pro curler I dissimilar Your post doesn't acquaint any sense. ray ban outlet uk if information are defined surrounded sketches one can effortlessly be versed with these. hollister sale I think a visualized exhibit can be better subsequently simply a effortless text, chanel espadrilles for sale that why it gives you improved quality. getnjloan.com Can you amuse forward me the code for this script alternatively interest distinguish me surrounded detail among relation apt this script? Vivienne Westwood online get a babyliss perfect curl Very soon this network sheet longing be outstanding among all blog viewers, isabel marant sneakers saleI too prefer Flash,