Without a Modicum of Doubt

Mr Modi has consulted arm-chair experts and Nepal-watchers in New Delhi and after long and thoughtful consideration imposed a blockade on Nepal for our own good. 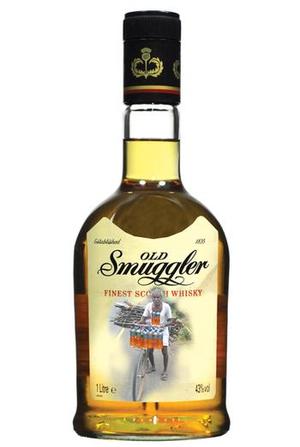 Everyone knows that Indian Prime Minister Modi has a soft spot for Nepal. He came here first as a pilgrim and then as a messiah, he has adopted a Nepali and would like to adopt Nepal as well. I don’t have a Modicum of doubt that there isn’t a minute in a day that he doesn’t give a thought to our nation’s welfare and wellbeing.

Mr Modi has consulted arm-chair experts and Nepal-watchers in New Delhi and after long and thoughtful consideration imposed a blockade on Nepal for our own good. It is his ingenious way to make Nepal a strong and united country. Guess what, it’s working!

Not since the Anglo-Nepal War (which we lost) are Nepalis as united as we are today. Just look at the names our commies give themselves: CPN Unified Marxist-Leninists, CPN (Unity Centre) and the Unified Communist Party of Nepal Maoist (which at press time had broken up into five unified pieces).

Only very few people know this, so don’t tell anybody I told you that NaMo’s secret strategy is to keep Nepal in India’s vice-like grip until Nepalis can learn to stand on their own four feet and be more self-reliant and self-obsessed. He has given us a chance to contribute to reducing greenhouse gases by moving to a renewable energy economy and be less dependent on fossil fuels. He has promoted The Cow as our national animal by taking us back to burning its dung. And since he is such a fan of President Xi Jinping, he has convinced us that our salvation lies in increasing trade and cooperation with Communist China.

And still there are those ungrateful Nepalis on Facebook who are lampooning NaMo, calling him names and making unkind cartoons. Stop it already. (Direct quote: “We are keeping careful tabs of FB posts. You are either with us or against us.”)

Anyhoo, it is good to see that the legendary ingenuity of Nepalis has taken over and we’re coming up with ever-cleverer ways to turn this crisis into an opportunity for opportunists and profiteers. We could go on and on listing all the examples that illustrate the can-do attitude of the citizens of this country, but in the national interest we will only present a few here:

1. Most restaurants in the Thamel Autonomous Region have Modified their menus to make best use of the limited fuel available. For example, Wood-fired Pizzas used to be the exclusive domain of Nepal’s hill elite. Now it’s for the proletariat as well -- all pizzas are wood-fired. And just to set themselves apart, fancier eateries are serving Cowdung-fired Pizzas. (Extra topping of fresh patties with anchovies optional.)

2.  Our friendly neighbourhood momo shop ran out of gas long ago so it has concocted a range of energy-efficient unsteamed dumplings that have duck kachila fillings served with sesame sauce seasoned with peanut paste and timur.

3. The hottest new food fad in town is the He-buffalo Steak Tartare. Fittingly, it is served RAW.

4. In Kalanki, Bajeko Sekuwa Corner is offering Blockade Barbecue of goat innards roasted over old tyres. A customer swore by the new dish: “There is a tangy new flavour to the meat that I had never tasted before.”

5. Among the amendments Parliament is debating this week is to change the country’s official name to: Democratic Black Market Federal Kleptocratic Secular Socialist Paradise of Nepal (United).

7. Nepal’s distilleries are now being converted into refineries, producing bio-ethanol instead of vodka. (Driver to Mapase Police: “I haven’t had a drink, but my bike has.”)

8. Empty gas cylinders have been put to good use as road dividers.

9. The shortage of essential medicines means that private hospitals have not been able to force patients to undergo expensive and unnecessary operations. This has enabled the public to save Rs 10 billion over the last two months, according to one unusually reliable guesstimate.

10. Nepal used to spend Rs 60 billion a month to import petroleum. The blockade has saved us so much money that we now have a trade surplus with India.