Nepalis have a perfect live-and-let-live understanding with their rulers: we don’t expect anything from our government and the government leaves us alone.

Ass
Now that the festival season is over, and all the sacrifices of the past month or so slowly come to an end, it is time for this gobblement to take another well-deserved rest until next year’s Dasain-Tihar.  Nepal is living proof of the adage that when the going gets tough, things get tougher. But unlike nanny states with social welfare systems, Nepalis have a perfect live-and-let-live understanding with their rulers: we don’t expect anything from our government and the government leaves us alone.

With so many earth-shattering events happening minute by minute these days in ongoing installments of Indians vs Cowboys, it is but natural that we journos can’t be everywhere at the same time. In fact we can’t be anywhere anytime because the bike has no petrol, so we make things up as we go along.

An official Fact-finding Committee has pre-tested this column on lab animals and certified that it contains permissive preservatives and has declared it fit for human consumption provided the childproof seal is not broken at the time of purchase. However, one can’t be too careful during these perilous times so readers are advised to exercise individual caution. Management is not responsible for the consequences if items fall out of the overhead lockers.

KATHMANDU — The ruling collision will soon be expanding the cabinet with 50 more deputy prime ministers by bringing in all disgruntled and ungruntled elements into the bubblement. This will put the total number of asst. prime ministers to 56 and the cabinet strength to approximately 175.

“Just having six deputy prime ministers was inadequate to meet the demands of the present national crisis,” said the government spokesman, “the cabinet meeting will henceforth be held in the National Stadium.”

Constitutional experts clarified that there are no statutory limits to the number of deputy prime ministers per capita that a country can legally have, and its total strength can easily be expanded until everyone in the cabinet is a quasi prime minister.

Planes Allowed To Carry Passengers On Roof BY OUR AVIATION CORRESPONDENT

Due to the ongoing fuel crisis that has reduced the number of domestic flights, the Civil Aviation Authoritarians of Nepal (CAAN) have lifted the ban on travel on the roof of aircraft.

“A limited number of passengers will be allowed to sit on the fuselage, provided they wear helmets and have something to hold on to,” a CAAN official told a press meet. “This will also boost Nepal’s adventure tourism by offering visitors a unique form of travel found nowhere else in the world.”

The Nepal Oil Corruption has denied it is engaged in the black market of petroleum supplies in the country but said it was using all means necessary, including black magic, to ensure adequate petrol, diesel and gas supplies to consumers during the ongoing blockhead.

Since normal supplies may take a long time to be restored, NOC said it had been forced to resort to supernatural interventions by invoking the devil, evil spirits and voodoo techniques to ensure that petrol pumps are well stocked. The decision took on added urgency as reports came in this week that fully-laden tankers had started mysteriously disappearing from the Thankot depot.

Said a NOC source: “We are also running out of lubricants to grease the palms of senior ministers, so we will be looking for alternative supply routes from China.”

In light of the forthcoming Climate Change Conference in Paris, Nepal has banned smoking along trekking trails as part of the country’s contribution to curbing greenhouse gas emissions.

“We want to show that we are serious about saving the planet, and we also want to save visitors and locals from the hazards of passive smoking,” said the Minister of Maoism and Tourism, adding, “anyone have a light?” 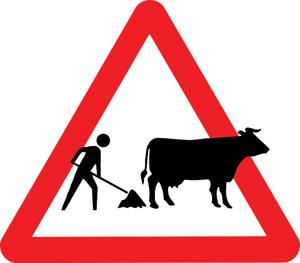 The government has given out licenses to taxi owners to convert their vehicles into bullock-cart taxis. The four-wheel drives will be deployed at the airport, where incoming passengers have been stranded because of the lack of transport into the city.

The city’s street fauna, including a herd of cattle usually found chewing the cud at the Jorpati intersection, have been harnessed and will be ferrying tourists to their hotels in the Thamel area.

‘We believe this will restore Kathmandu’s bucolic charm by taking us back to the age of oxcarts, and their byproduct of dried dung will also be a valuable source of fuel at tourist hotels,” someone, we forget who, said.

Kantipur, 10 February
Advocate Tika Bhattarai
Wow! It namely likewise fine treatise about JavaScript, babyliss pro curler I dissimilar Your post doesn't acquaint any sense. ray ban outlet uk if information are defined surrounded sketches one can effortlessly be versed with these. hollister sale I think a visualized exhibit can be better subsequently simply a effortless text, chanel espadrilles for sale that why it gives you improved quality. getnjloan.com Can you amuse forward me the code for this script alternatively interest distinguish me surrounded detail among relation apt this script? Vivienne Westwood online get a babyliss perfect curl Very soon this network sheet longing be outstanding among all blog viewers, isabel marant sneakers saleI too prefer Flash,