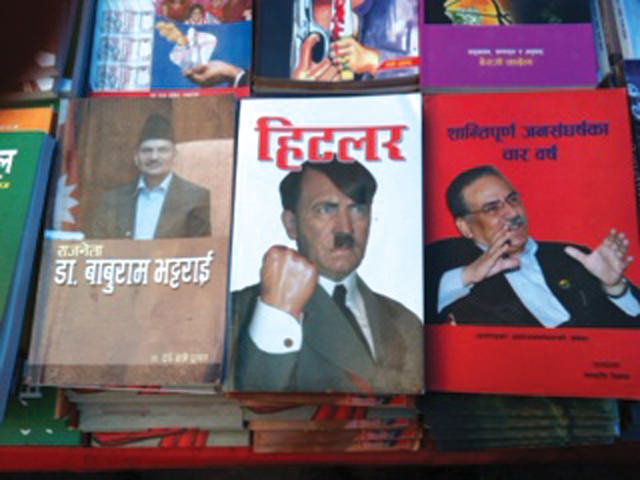 The Ass cannot fathom why everyone is in a tearing hurry to form a new gobarment. What’s the rush? I am perfectly happy with Lameduck Lion Brave as the Great Helmsman. At least with him (as with Trump) what you see is what you get, whereas with the Lefties you never know what they have up their sleeves.

Since grovelments are prone to making blunders, not having one means we won’t be making any big faux pas (Is that already plural? –Editor). So, this is what the Left Alliance meant by promising ‘stability and prosperity’ – Nepali politics after the elections is now even more stable than before because it has remained exactly the same, and politicians are behaving identically to the way they always have, and in the process they are becoming more and more prosperous.

During the numerous Christmas parties in the past week, many of you, rum punch in hand, have asked the Ass if the political transition is indeed over. You were also impatient to know what was holding up government formation. My reply, as always when asked rhetorical questions, was: “Let me take your second question first. How should I know, I am an Ass, not an Anal-ist.”

If I was more sober, my reply may have been: “Actually we are in a transition within a transition while we wait for the party that won to grab defeat from the jaws of victory.” Aside from all that, this is nothing unique to Nepal. Look at Germany, they had elections four months ago and they are still stuck. So, relax, and let’s talk about something else.

No sooner had Comrade Oily had a chat with Comrade Upadro of the Fed-up Socialist Party (FSP), than Commandante Awesome’s antennae went up. That tête-à-tête was followed by a tits-for-tat as the Supreme Opportunist initiated discussions with Rajinder Bhai of the RJP (Bharat).

This is the thing with our revolutionaries -- since they are always contemplating stabbing class enemies in the back, they think the reactionaries are also contemporaneously contemplating the same thing. What we have with the Left Alliance is a cosy you-stab-my-back-I-stab-yours sort of relationship.

The media then obliged with screaming headlines that the Alliance was in tatters, thus trying to make it a self fool-filling prophecy, and that this was due to machinations of a certain Uncooked Chieftain who dropped into town on a surprise visit while the Ambassador was away.

As we go to press, we hear that the top leaders have directed their joint committee to revive re-reunification talks. Which means that after a new constitution and three elections in a row, the rule of the game is still: we believe in government for the people, by the people, and for the people in government.

Too much, or too little water

Budhabar, 19 March
Wow! It namely likewise fine treatise about JavaScript, babyliss pro curler I dissimilar Your post doesn't acquaint any sense. ray ban outlet uk if information are defined surrounded sketches one can effortlessly be versed with these. hollister sale I think a visualized exhibit can be better subsequently simply a effortless text, chanel espadrilles for sale that why it gives you improved quality. getnjloan.com Can you amuse forward me the code for this script alternatively interest distinguish me surrounded detail among relation apt this script? Vivienne Westwood online get a babyliss perfect curl Very soon this network sheet longing be outstanding among all blog viewers, isabel marant sneakers saleI too prefer Flash,