Ass
Good thing the gubbermint declared a two-day holiday to submit our feedback on the draft constitution, because what I had to say about it could not be said in one day. There were cynics among you (yes, you near the door with the silly grin) who said the super duper fast-track public consultations were just a formality. No, they were not. They were a great opportunity to petrol bomb school buses, hurl missiles at ex-PMs, and burn tyres just like the good old days. When do we get an opportunity like that to hone our skills at creating mayhem?

So the Patriarchal Demographic Federer Republic of Nepal is finally getting a constitution fur the people, bye the people and off the people. And luckily, I have it on good authoritarians that all my suggestions have been taken extremely seriously and will be included in an appendix of the final text of the new constipation. I would now like to formally put my suggestions in the public domain through this column so that the unconcerned authorities do not perform an appendectomy and consign it to the friendly neighbourhood garbage pile.

It is absolutely speciest to retain the Cow as our national animule. This privileged higher mammal was self-appointed to its pedestal when we were still an animal kingdom. Keeping the Cow is regressive and perpetuates the status quo, not to mention the quo vadis and the quid pro quo. Besides, having the Cow as a national animal also reeks of gender bias – what of the Bull? Aren’t our Oxen good enough for us? They both chew the cud, and yet just because he doesn’t have udders does that automatically disqualify him? If you don’t want the Bull you can’t have the Cow either. There. 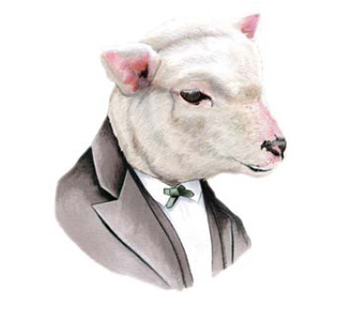 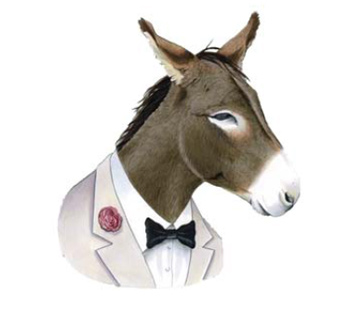 It is time to rid this country of all signs of feudalism and make up for past injustices by handing over the honour to ungulates like yours truly. As a Donkey, I know we face stiff competition for the position of National Animule from Sheep, since they are known to be mindless followers. But on the plus side, ruminants ruminate a lot. It has to be said, on the other hand, that Rodents have been downtrodden, so Rats also have a strong case. Some of you have even proposed the Yeti as national animal, hoping that it will boost Nepal’s sagging tourism. Unfortunately, Yetis are abominable and don’t even exist so can’t qualify which leaves us with no other option but to agree on the Ass as National Animal. 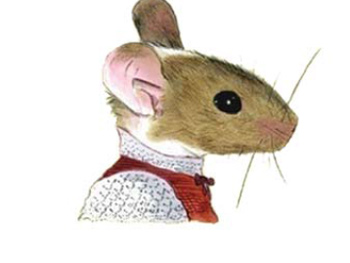 The question now arises, if we are going to change the National Animal why not also have a more politically correct National Bird? How can an impeyan pheasant named “Daphne” that lives only above 4,000m be considered a national bird in the Newly Inclusive Nepal? This is an affront to the identity of plain dwellers and once more demonstrates the colonial mentality of the hillibillies in the boondocks who rule over Nepal. Since birds of a feather in the hand flock together early to catch the worm so that they will be worth two in the bush, we have to think of a more universally acceptable birdie with a range that spans Tarai, Hill and Himal to be our National Feathered Friend. But since there are so many contenders, we have to put the shortlist to a vote. Please tick one.

I would like one of the following to be declared a national bird to replace Daphne: 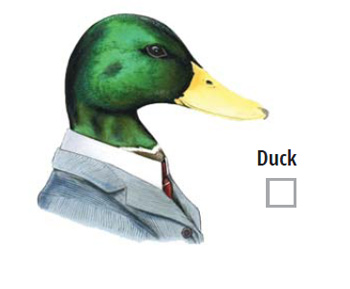 3. The other part of the draft constitution that has divided the nation is the question of whether Nepal should be a Secular Republic or a Hindu Kingdom. Since all constitutions are about compromise, let’s meet midpoint and declare Nepal a Secular Kingdom and get it over with. The other idea is to remove religion altogether from the constitution and affirm that we are henceforth the Federal Democratic Atheist Republic of Nepal with the proviso that every citizen has the God-given right to renounce atheism if he/she/it so chooses and convert to animism.

4. One last point before I take your leave for today: we must have a provision in our constitution to prevent NASA or any other space cadets from naming random mountains in the Kuiper Belt after our national heroes. This is to prevent a future all-out war between Nepal and India over ownership of the China-born Tenzing Norgay.

For the love of a guru

The Guru of Love is a more mature work than Arresting God.
ANAGHA NEELAKANTAN

WWW 2003 proves were not in digital darkness.
VIKASH PRADHAN
Wow! It namely likewise fine treatise about JavaScript, babyliss pro curler I dissimilar Your post doesn't acquaint any sense. ray ban outlet uk if information are defined surrounded sketches one can effortlessly be versed with these. hollister sale I think a visualized exhibit can be better subsequently simply a effortless text, chanel espadrilles for sale that why it gives you improved quality. getnjloan.com Can you amuse forward me the code for this script alternatively interest distinguish me surrounded detail among relation apt this script? Vivienne Westwood online get a babyliss perfect curl Very soon this network sheet longing be outstanding among all blog viewers, isabel marant sneakers saleI too prefer Flash,