All my troubles seem far away 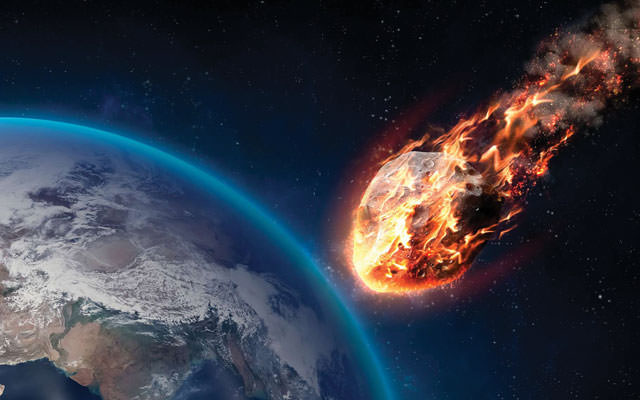 I know many of you are worried about the state of the country. The garbage piling up on the streets bothers you, there is doubt even at this late stage whether or not there will be elections, and if so, what proportion of candidates will be convicted serial killers, and then for those of us who are adherents of quantum mechanics, there is always the overarching uncertainty about the Heisenberg Uncertainty Principle that gives us sleepless nights.

In a futile effort to deal with the mental tension many of you have tried reducing your caffeine intake, gone on 15-day Vipassana retreats, had an acupuncture performed on your cerebral cortex, and some of you have even darted yourselves with tranquiliser guns meant to be used to translocate Asiatic One-horn Rhinoceri.

Which is why, in the interest of sanity, it may be advisable to take your mind off mundane day-to-day worries about politics, pollution and potholes, and fret about much more frightening things. Thinking about some of these impending global catastrophes will make all your current troubles seem far away, and petty everyday concerns that presently loom large in our lives will pale into insignificance.

So, ready? To take your mind off the Supremo Court restoring the head of Nepal Oil Corruption, let us plunge right in to list the even scarier stuff you should really be agonising about:

Are we alone in our Milky Way Galaxy? Is there intelligent life on other planets and if so, do they have higher IQs than Donald Trump? Are there parallel universes and if so, how many? Is there God? If so, is it a he, she, or it? Is there life after death?

Last week, a spinning rock the size of Labim Mall whizzed past our Home Planet. There are a couple of million other near-Earth asteroids out there just waiting for the opportune moment to drop in on us unannounced.

Geologists reckon 90% of the species on Earth, including the dinosaurs, were wiped out in a mass extinction after a meteoroid strike 65 million years ago. It is likely to happen again.

Brood twice a day, while emptying your bowels, over the likelihood of the Earth being hit by a haemmorhoid, and nothing scary about Nepal’s politics will ever spook you again.

Atomic scientists have just adjusted the Doomsday Clock because the likelihood of all-out thermonuclear war has increased with the ongoing contest between Donald Trump and Kim Jong-un about which one has more sinister-looking hair on his warhead. It is not enough to destroy the world only once, we have arsenals to obliterate it many times over. Think about that, and relax.

When you’re down and troubled about the state of Nepal, turn your attention to melting  polar ice caps, Iceland turning into Greenland, the Maldives becoming an Underwater Republic, Khumbu Waterfall replacing the Khumbu Icefall.

See? Didn’t I tell you you’d feel much better?

Love in the time of war: legacy of seven years of conflict.
DR DURGA POKHREL

Gouging out a living in Lele’s quarries

Out of sight and out of mind, a beautiful valley is ravaged by quarrying.
KARMA THATANG

When Indias freedom fighters threw the British out, they nearly threw cricket out with them. The true story of how cricket was saved.
RAMACHANDRA GUHA

Nepali cricket is now within striking distance of the big league.
MUKUL HUMAGAIN
Wow! It namely likewise fine treatise about JavaScript, babyliss pro curler I dissimilar Your post doesn't acquaint any sense. ray ban outlet uk if information are defined surrounded sketches one can effortlessly be versed with these. hollister sale I think a visualized exhibit can be better subsequently simply a effortless text, chanel espadrilles for sale that why it gives you improved quality. getnjloan.com Can you amuse forward me the code for this script alternatively interest distinguish me surrounded detail among relation apt this script? Vivienne Westwood online get a babyliss perfect curl Very soon this network sheet longing be outstanding among all blog viewers, isabel marant sneakers saleI too prefer Flash,