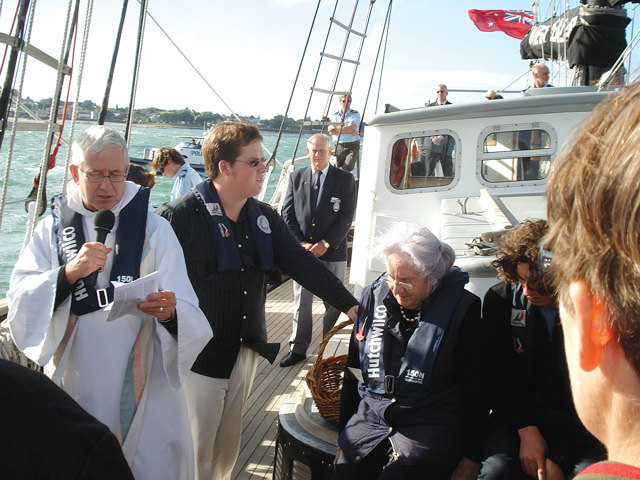 High on the Valley rim I was walking through rough grass in the mountaineers’ memorial park at Kakani, in search of a suitable film location. It was a cool day and Ganesh Himal was shrouded in clouds. My mobile rang, and it was Andrew Beattie from Wellington.

“Just confirming arrangements for the scattering of Sir Ed’s ashes on the Gulf of Hauraki.” My heart skipped a beat, but Andrew was briskly efficient. “The date has changed yet again due to the Prime Minister’s schedule and availability of the tall ship, Spirit of New Zealand, and is now 29 February.” That was 2008.

Black crows were circling as I gazed across the Himalayan landscape that Sir Edmund Hillary had loved so much. Ed’s will specified that his ashes be sprinkled on the waters off Auckland, but Lady June had agreed to a special Sherpa request. Could some ashes of their beloved Burra Sahib be enshrined in a memorial chorten on a Khumbu ridge within sight of Mount Everest? 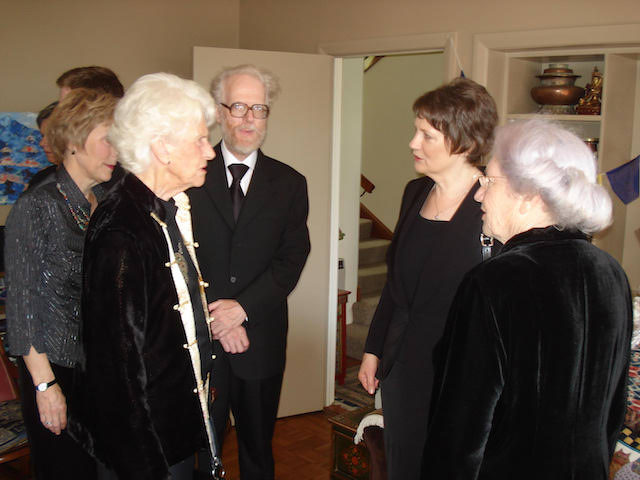 Thus it was that I had travelled back from the State Funeral last month carrying a navy velvet pouch of precious grey powder in my handbag, and an official letter from the undertaker should I be challenged at any airport en route -- which I was not. The package rested reverently wrapped in a khata on our mantelpiece beside the Dalai Lama shrine, until Ang Rita was ready to take it to Lukla.

But Andrew was still talking: “And we wondered if you might be in UK for the Queen’s private memorial service at Windsor for the family?” Since the convergence of her coronation with the first ascent of Everest, the Queen and Sir Ed had shared a lifelong bond. I was not, but it was nice to be asked.

There are confusingly many Junes and Hilarys in the Hillary family. June Carlile was the aged mother of Hilary and Ed’s elder sister. After the Windsor Chapel service at which Sir Ed’s Knight of the Garter banner was formally returned, the immediate family were favoured with a royal audience in one of the castle staterooms. After a convivial chat the guests were made to leave (I was told later), but June Carlile doubled back, whispering something to the Queen and Princess Anne who both erupted in gleeful laughter. 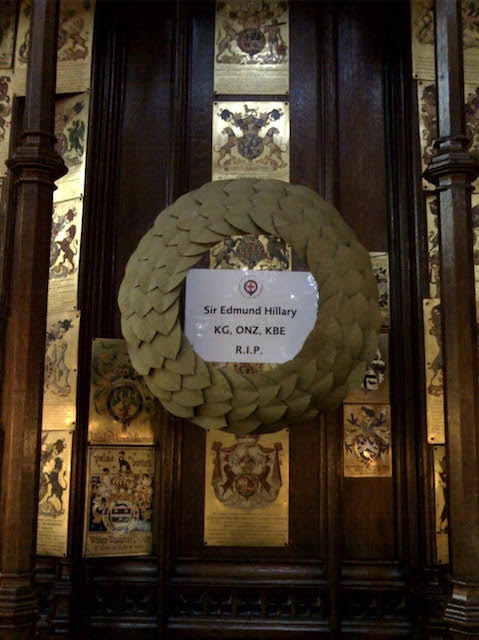 “What on earth did you say?” asked Ed’s widow June Hillary crisply, once they were safely outside. Ed’s elder sister smiled with satisfaction: “I just wanted the Queen to know that Ed always used to say he thought she was ‘a bit of all right’!”

No Sherpas were with us when we boarded the stately Spirit of New Zealand to scatter the ashes one blustery late summer afternoon in Auckland’s Basin Reserve. But Prime Minister Helen Clark was there, Andrew, Lady June, Peter, Sarah and all the family with baskets of flowers, sombre faces and dark glasses. Meanwhile in the mountains of Nepal, the Sherpas were busy marking the traditionally important 49th day of Sir Ed’s passing. 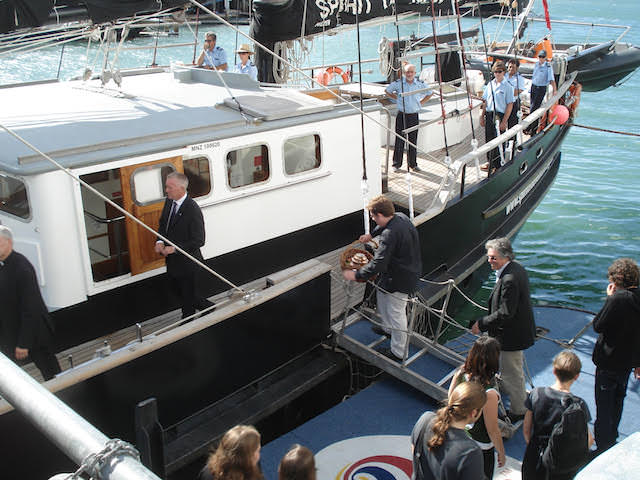 We cast off from the waterfront into the bright harbour, and Dean Peter Beck’s robes billowed in the wind as I explained to him the Nepali significance of how today had fallen by serendipitous chance on the most auspicious Buddhist date. The Sherpa’s had expressed no surprise -- of course, today is the proper day. The Dean was equally stolid in his faith: “Lisa, this is not a coincidence.”

Dean Peter mentioned the 49th day implication in his prayers as we balanced on the swaying deck, struggling to hear over the rattle of the ship’s rigging. Ed’s last remains were blessed then cast carefully overboard onto the sea, followed by flowers hurled into the wind by his children and grandchildren.

A specially created ‘Hillary step’ on the side of the ship ensured they were close to the waves. Helen sat alone and thoughtful on deck. The harbour was full of activity – motorboats, dinghies and the massive curved sails of the historic America’s Cup yachts -- but the curious sailors kept a respectful distance. 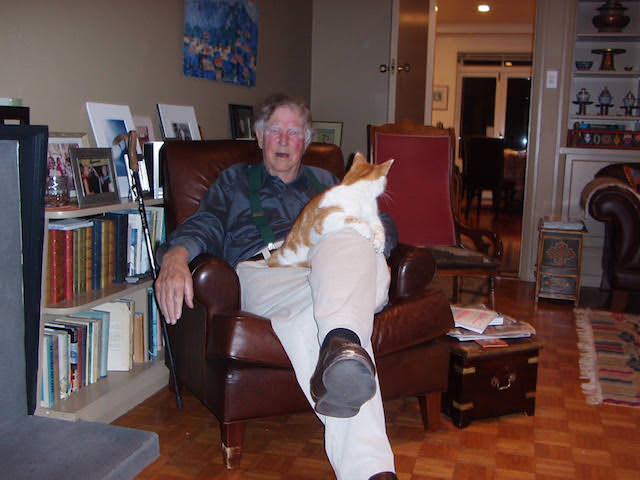 Sir Ed in his favourite big leather chair at home with the cat in the Remuera House in Auckland.

The weather and water sparkled but it was a sorrowful voyage, the final farewell scratchy with sadness and family tensions. We returned to the Remuera House which felt forlorn, even though it bustled with caterers preparing dinner for us all in a white garden marquee. Ed’s big worn leather armchair was empty in the sitting room.

We perked up politely that evening, but I drank too much Kiwi wine and was late for breakfast the next morning. And my spine still tingles, knowing how tenuously the whim of arbitrary official New Zealand commitments had determined the perfect Nepali date for the scattering of Sir Ed’s ashes.

Interview with political scientist Krishna Khanal in Deshanter, 2 February
Wow! It namely likewise fine treatise about JavaScript, babyliss pro curler I dissimilar Your post doesn't acquaint any sense. ray ban outlet uk if information are defined surrounded sketches one can effortlessly be versed with these. hollister sale I think a visualized exhibit can be better subsequently simply a effortless text, chanel espadrilles for sale that why it gives you improved quality. getnjloan.com Can you amuse forward me the code for this script alternatively interest distinguish me surrounded detail among relation apt this script? Vivienne Westwood online get a babyliss perfect curl Very soon this network sheet longing be outstanding among all blog viewers, isabel marant sneakers saleI too prefer Flash,