The autumn of the patriot 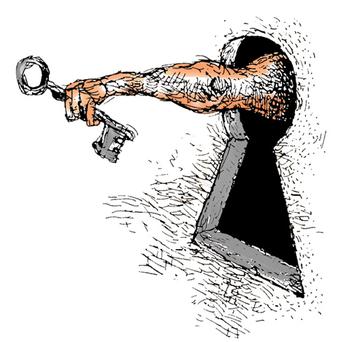 Winter is upon us and autumn is coming to a close. It’s as though nature has heard our call and allowed a pathetic fallacy to manifest, as spirits hit rock bottom and the weather personifies our hapless existence. The snow that fell in Kerung just over the border in China will soon begin to fall on Nepali soil. Premier Oli’s oil tankers have made it back across the border to Rasuwagadi this time, but it seems the weather, if nothing else, will likely get in the way of his abiding love of country next time around.

The cold is settling in Kathmandu as well and the afternoon sun is becoming dear to city residents. People have begun to make preparations for what will inevitably be a lacklustre Tihar, bereft of fireworks, deusi-bhailo and kaju-badam, thanks to the ongoing India-cum-Madhesi blockade. There is, of course, also the looming gas crisis, which has heralded the invention of new cooking techniques like the ‘rice-cooker daal-bhat-tarkari in one’, as well as the resurgence of the old with all-out retro firewood stoves on balconies. The fuel crunch also remains unresolved, although owing to the thriving black market, more motorbikes and cars are plying the Kathmandu roads today than in the weeks gone by. The middle class is sulking about not being able to burn up their gas heaters this winter and calling contacts to secure an extra cylinder of gas, the poor and working class are taking to the queues and that small class of unaffected elite are merrily still zooming past in their massive four-by-fours.

In the eastern tarai, summer is in full swing. The street is burning. The latest death in Birganj, of an Indian national allegedly with family in Nepal, has escalated violence in the region. The border points at Sunauli and Rupaidiha have been completely sealed on the Indian side. Apparently, the Indian and Nepali premiers spoke on the phone for 25-long minutes and yet no sign of either side ‘backing off’ seems imminent. Signs of a deal with agitators are also nowhere to be seen. One can only imagine what kind of negotiations are happening when the Minister responsible for leading negotiations, Kamal Thapa, is the same person who ordered security forces to open fire at protestors during the 2005-6 Jana Andolan and the agitators are those who have been fighting hard to dismantle the apparatus the former personifies.

The protests are intense, according to reports on the ground. The media has been shameful in covering them. National mainstream media is towing the establishment line for the most part, knee deep in the rhetoric of nationalism, while alternative and most international media outlets are blindly towing the line of the ‘oppressed’ and intentionally undermining the blockade, which, by now is crippling the country. It’s become a classic question of what came first: pelted stones or live ammunition, blockade or border sit-ins? Even as it is glaringly obvious that deciphering the chicken-egg conundrum is a waste of time. A balanced and accurate account of on-the-ground realities can be found nowhere, and one is left to one’s own devices to sift through the exaggerations and propaganda to find a semblance of truth underneath it all.

The good news is that autumn is finally coming to an end. The #backoffIndia gang have at long last become mum, and an eerily familiar feeling of looming violence has replaced their shenanigans. Intellectual Kathmandu is abuzz with talk, on social media, of fears of a separatist movement, India’s stubbornness, the intractable situation and sometimes the negligence of Sushil Da and Comrades Prachanda and Oli. The inter-web is pathetically polarised and often feels like a space for teenage backbiting, where warring sides engage in little more than the ‘you’re rubber and I’m glue, whatever you say bounces off of me and sticks to you’ kind of insults.

But for most Nepalis, silence is seemingly the best response. Even the Prime Minister and his Cabinet either sheepishly defend what has been an utterly disastrous term so far or simply further alienate our southern neighbour. Speaking of which, by now our Patriots must have realised that complete dependence on India cannot be wished away with hashtags and a few trucks of petroleum from China. The leadership has no choice but to reach out to Delhi and make amends, for we have more to lose and nothing in the way of bargaining power. And the best way to do that is to address the problem this side of the border first and see what kind of result that invites.

"I beheaded him with my khukuri"

The British finally captured Mogaung in Burma after fierce fighting in May and June 1944.

"We dont want a revolution, just the same respect given to everyone else."
ANGEL ANGELES
Wow! It namely likewise fine treatise about JavaScript, babyliss pro curler I dissimilar Your post doesn't acquaint any sense. ray ban outlet uk if information are defined surrounded sketches one can effortlessly be versed with these. hollister sale I think a visualized exhibit can be better subsequently simply a effortless text, chanel espadrilles for sale that why it gives you improved quality. getnjloan.com Can you amuse forward me the code for this script alternatively interest distinguish me surrounded detail among relation apt this script? Vivienne Westwood online get a babyliss perfect curl Very soon this network sheet longing be outstanding among all blog viewers, isabel marant sneakers saleI too prefer Flash,