There can be no justice for recent atrocities so long as past atrocities remain shrouded in a cloud of impunity. 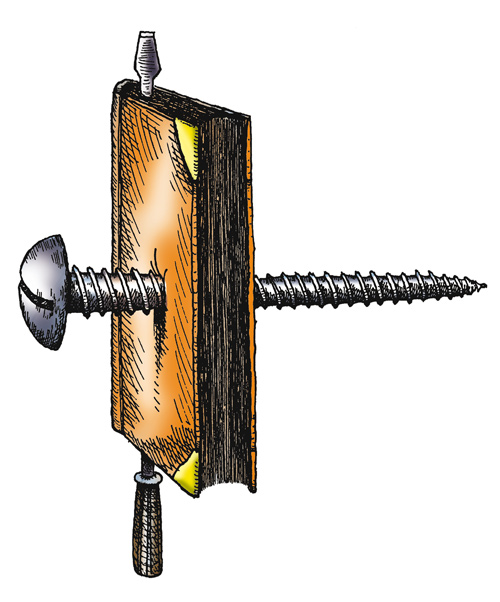 On Democracy Day on 19 February, the day that Prime Minister KP Oli left for India, the usual state procession of marching soldiers, gun salutes and on-looking politicians and bureaucrats took place at Tundikhel in the early morning. The streets were swarmed with all kinds of police: security, traffic, armed, and riot.

The procession, meant to be a public affair, garnered little public interest. The streets around Tundikhel were crowded and yet people did not stop even to peer through the fence on to the marching horses and cavalry, or to listen to KP Oli’s fiery speech on prajatantra and loktantra.

The indifference is testament to the progressive and intentional hollowing of democracy by successive governments that have been in power in the past decades. It was not just the absence of the public inside Tundikhel that was worrying that Friday, but perhaps worse was the lack of any agitation against what was going on outside.

Even as Oli was speaking inside, the state arrested a small group of conflict victims and activists and took them to Singha Darbar Police Station where they were kept until the Tundikhel function was over. They were people whose family members had been brutally slaughtered, disappeared or tortured during the conflict, but their arrest seemed to garner little attention.

Democracy is perpetually undermined by the fact that the basic and fundamental rights of people are trampled on every day – in the courts, on the streets, in parliament and in communities, and across the geographical terrain – while a small ruling elite perpetuates violence, obstructs justice and profits from the deliberate and opaque instability they cause. Over the years the members of the elite has diversified, but it remains aloof and far from representative. They have been on a collective crusade to divide up vote banks over a variety of important issues, which in fact, they have little regard for, whether it is ethnic inclusion or economic development.

The case of conflict-era killings is just an example. The victims today are not only denied justice but even the hope for it. Their cause has been one that instead of uniting the people in favour of reformed society and rule of law, has divided and demoralised it. Instead of seeing their decades-long struggle for accountability as a demand for the deepening of democracy, it is being understood as the sole agenda of a political interest group. The discourse has been cleverly morphed into one that seeks to divide the public into those that believe in ‘progress’, and those that do not, somehow establishing that all those in favour of justice for conflict-era human rights abuses are pro-establishment and against ‘progress’. People no longer see this as a standalone issue, and are erroneously linking human rights during the conflict years to the personal politics of a handful of activists.

There is no doubt that many of the older generation activists have made an industry out of sorrow and are often directly financing political parties. They must be called out. Indeed, there is also a case to be made for calling out those that seek to highlight one injustice over another – say, for example, the lack of interest in killings in the Tarai. But the divisions which have manifested are so deep, and egged on by opinion makers, that people are compelled to choose which atrocities are ‘theirs’ and which are ‘ours’. Taking again the example of conflict rights abuses, those that are hesitant to condemn and act against these killings must surely realise that there can be no justice for recent atrocities so long as past atrocities remain shrouded in a cloud of impunity. And for those that are mum on state atrocities in recent times, hypocrisy and ill intent are the only justifications.

But by keeping quiet we do collective harm to ourselves and the institutionalisation of democracy. Unlike the people, the ruling elite are not divided. KP Oli stays quiet over conflict-era crimes in his tenure for the sake of PK Dahal’s interests, and in return the latter stays quiet over the former’s larger share in the loot of state coffers, for example.

The establishment -- comprised of a group of politicians across the parties with members of the business mafia and media fraternity -- work hand-in-glove to thwart genuine progress. They work together to shape political, economic and social discourse in their favour – not one particular ideology or party – in a combined effort to systemically undermine democracy, rule of law and the very idea of ‘progress’.

The bias of reporters is reflected in what they decide to report on, and how
CK LAL

Perhaps we should be looking to the example of Bihar after all, rather than Singapore and Switzerland
PRASHANT JHA
Wow! It namely likewise fine treatise about JavaScript, babyliss pro curler I dissimilar Your post doesn't acquaint any sense. ray ban outlet uk if information are defined surrounded sketches one can effortlessly be versed with these. hollister sale I think a visualized exhibit can be better subsequently simply a effortless text, chanel espadrilles for sale that why it gives you improved quality. getnjloan.com Can you amuse forward me the code for this script alternatively interest distinguish me surrounded detail among relation apt this script? Vivienne Westwood online get a babyliss perfect curl Very soon this network sheet longing be outstanding among all blog viewers, isabel marant sneakers saleI too prefer Flash,