Leave the politics to us 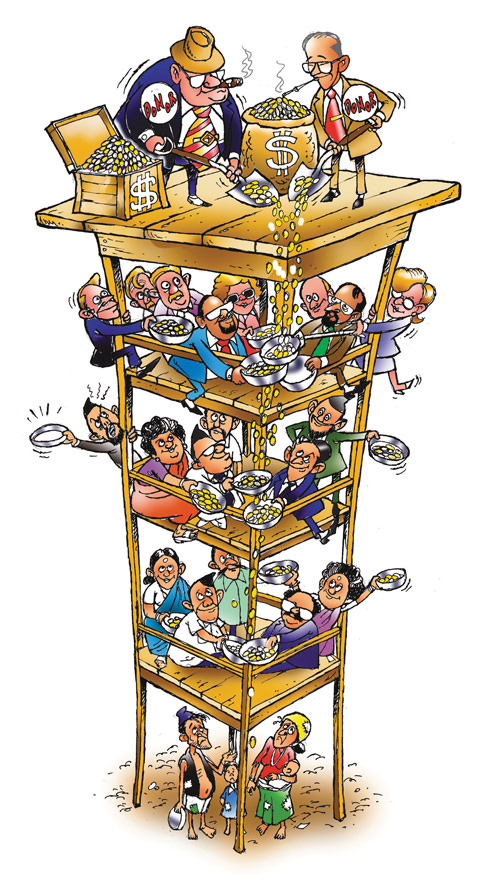 To repeat an anecdote from an earlier column, in a southern African country some years ago, a friend was told excitedly by a Danish diplomat: “I am applying for Nepal as my next posting.”

“Because in Nepal you can get politically engaged like nowhere else.”

The Danish Embassy has evacuated from Nepal, but that exchange encapsulates the donor interventionism that has had society in its grip for much of the past decade. After the peace process began in 2006, Kathmandu’s political leadership allowed the Western embassies and agencies to engage in adventurism in peace-building and constitution-writing, which derailed the first and delayed the latter.

The more excitable among the donors engaged in ‘social engineering’, severely straining inter-community relations. Thankfully, the level-headedness of citizens (rather than good sense of the political and civic leadership) prevented a communal inferno.

The final round of elections as dictated by the new Constitution is about to happen, and Nepal is heading towards normalisation after a 20-year hiatus – a decade of conflict, another of transition – and one expects the incoming leadership in the donor agencies and embassies will be there to assist rather than obstruct.

With both India and China expected to be more aggressive in Kathmandu as they vie for influence, it is all the more vital for the others to support Nepal’s developmental efforts rather than be snagged in geopolitical nets or the political whirlpool.

The course-correction will not be easy, however. Embassies and donors agencies (including hybrid ‘diplo-donor’ entities) do not have strong institutional memory. And, barring exceptions, ‘national staffers’ prefer to stroke pre-existing prejudices.

There is lack of useful literature on the past decade of socio-political churning, because the material available in English is mostly donor-funded – the relevant term being ‘reification’, where consultants help create realities according to the donor’s perceived bias/preferences.

The excessive distrust of the Kathmandu establishment that was refined by Ian Martin of the United Nations Mission in Nepal (UNMIN) continues to be the leitmotif for agencies defining their programs and priorities. Martin’s deputy Tamrat Samuel is today senior political adviser to the UN Secretary-General Antonio Guterres, and hence one can expect some continuity to the international community’s superannuated perceptions.

On the whole, directly and indirectly, the legacy of UNMIN has been to lengthen the peace process, complicate constitution-writing, deepen communitarian divides and coddle the above-ground Maoists even as they cheated on democracy and transitional justice. Hopefully, some day, a scholar with access to the UN Secretariat archives will set the record straight on UNMIN.

UNMIN’s wake continues to jostle the ship of state, as seen for example in the interventionist diplo-donors who acted so brazenly to try and prevent local government elections of the past year. While some of the involved individuals have thankfully departed, and as least one ambassador seems to have come around, there are still some souls who continue to act with impunity. Not least, the leadership of governance-focused ‘basket funds’ of bilateral and multilateral provenance privileging advocacy of a single just cause while ignoring a myriad other just causes.

The suggestion to the new arrivals among diplomats, donor agency heads and INGO leadership would be: Nepali players (political and civic) have messed up, and so have many of your immediate predecessors. Let us take credit where it is due (inclusion as part of the national discourse if not, as yet, reality; the new Constitution; elected local government; etc.) and focus on what remains to be done.

The restructuring of the state is leading us into unknown terrain populated by districts, provinces and local municipalities. Nepal can come out as an exemplary experiment of local self-government in South Asia if the national polity as well as the international community concentrate on implementing and improving the Constitution.

But please, leave the ‘social engineering’ to Nepalis.