Responsibilities at home and abroad 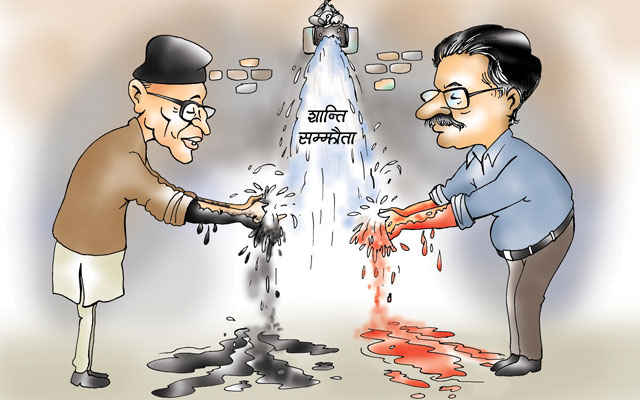 On October 16, Nepal became a member of the United Nations Human Rights Council (HRC) for a two-year period beginning January. The Government, reeling from accusations that it had stalled on human rights commitments, welcomed this development as signaling ‘the international community’s acknowledgment of Nepal’s passionate efforts and accomplishments in the field of promotion and protection of human rights and fundamental freedoms’.

The HRC, established in 2006, has become an important institution for holding countries to account on human rights issues. During what are known as Universal Periodic Reviews, all UN member states submit reports and updates, respond to criticism, and make commitments to reform. The council also has the capacity to appoint special rapporteurs and other independent experts to ensure effective investigation into alleged abuses in specific countries, even when the country concerned refuses to cooperate.

Perhaps the Council’s most significant contribution has been in its capacity to appoint commissions of inquiry specific to particular countries – and these have included North Korea, Syria, Burundi and Sri Lanka. While the establishment of such commissions requires strong political will within the larger international community, the voting members of the HRC decide whether a specific commission of inquiry will be established, and what its contours will be.

Thus, Nepal’s membership in the HRC will mean that it can meaningfully shape the human rights discourse over the coming two years. The question is: how well will it exercise that responsibility? How will the Government of Nepal vote when faced with serious human rights crises around the world?

It is important to remember that it was not that long ago that Nepal itself was the object of scrutiny, both before the Council and its predecessor, the UN Commission on Human Rights. There were well-documented allegations of serious human rights and international humanitarian law violations by both government forces and those of the Communist Party of Nepal-Maoist (CPN-M). The war between 1996-2006 raised international alarm. More than 13,000 people were killed and thousands were forcibly disappeared, sexual violence and torture were used by both sides.

Even as the conflict escalated, the Nepal Government, confronted time and again in Geneva over the allegations, continued simply denying and obfuscating, and telling the international community that its internal affairs were none of its business. However, international persistence paid off.

In 2005, the government agreed to a dedicated UN Office of the High Commission on Human Rights (OHCHR) for Nepal, with a broad mandate that included monitoring violations countrywide. The Nepal government continued to resist full cooperation with the OHCHR office, however, and in 2012 refused to extend its mandate. But the office produced an important mapping account of wartime allegations that serves as a blueprint for Nepal’s transitional justice promises to this day. This mapping exercise is also important for Nepal’s ultimate return to peace with accountability.

The history of the Nepal government’s engagement in Geneva, plus subsequent and ongoing intransigence in implementing peace-talk promises of transitional justice, raises grave concerns about how it will vote as a member of the HRC.

Nepal has yet to carry out several Supreme Court directives to bring its Truth and Reconciliation Commission (TRC) law in line with international standards. The UN itself expressed concern over this issue in 2014, calling on the Government to revise the law in order to meet its international legal obligations.

Not only did the government not heed its own Supreme Court and the United Nations, disturbingly it also opposed the call to carry out any reform. In May 2016, the four main political parties agreed to withdraw all conflict-era cases before the courts and to provide amnesty to all individuals allegedly responsible.

A government that does not care about protecting human rights and ensuring justice for its own citizens cannot pretend to care about protecting the human rights of others. One can take the example of the increasing disregard for the rights of Tibetan refugees by successive Nepal Governments as a signal that the government will cave in when matters relate to powerful countries such as China rolling back rights. This is not a good omen for Nepal’s HRC membership.

All of these tendencies should give pause to anyone who thinks Nepal’s membership on the HRC ipso facto reflects a renewed commitment to human rights at home or abroad. Nepal should not only address its failures internally but also be a positive actor for oppressed and suffering people all over the world.

Arrest this drift into obscurantism

You cant democratise a country by force
BIHARI K SHRESTHA

Breaking away from bouts of uncertainty
DEEPAK ACHARYA
Wow! It namely likewise fine treatise about JavaScript, babyliss pro curler I dissimilar Your post doesn't acquaint any sense. ray ban outlet uk if information are defined surrounded sketches one can effortlessly be versed with these. hollister sale I think a visualized exhibit can be better subsequently simply a effortless text, chanel espadrilles for sale that why it gives you improved quality. getnjloan.com Can you amuse forward me the code for this script alternatively interest distinguish me surrounded detail among relation apt this script? Vivienne Westwood online get a babyliss perfect curl Very soon this network sheet longing be outstanding among all blog viewers, isabel marant sneakers saleI too prefer Flash,