Are the Indian Prime Minister’s economic reforms on track or too slow? Find out in this preview of the author’s new book. 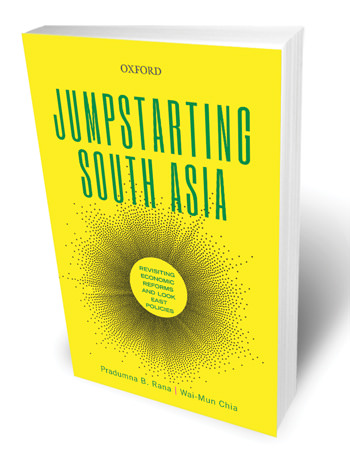 Elected in 2014 on a platform of economic reform, Prime Minister Narendra Modi’s reform agenda is being hotly debated three years on. Business publications are not too bullish.

The Economist ran a cover story recently arguing that Modi is not really a reformer and lamented the missed opportunity to harness the low price of oil, an important import. The Financial Times argued that the economic boom of the past two years is now wobbly, with the main reason being India’s serious structural problems.

Government officials disagree. Amit Shah, the president of the ruling BJP, said recently: “(We) have completely transformed the thought process of the people and have been successful in creating brand India.” Finance Minister Arun Jaitley claimed: “No government in India has reformed as much as this one.”

Who is right? If one’s focus is on macroeconomic reforms then Modi deserves credit. His ‘Make in India’ campaign, together with Skills India, Digital India and Smart Cities campaigns, have helped attract record foreign direct investment (albeit from a low base) despite there being many hindrances to doing business in India. The country ranks 130 among 189 countries in the World Bank’s Ease of Doing Business Indicator.

Modi was also instrumental in pushing a national biometric system (known as Aadhar), which has made it easier to dole out subsidies directly to the needy, bypassing intermediaries who in the past pilfered up to three-quarters of the amount.

The Prime Minister’s most talked-about, and boldest reform, was the surprise demonetisation of large-value bank notes in November 2016. However, recent evidence suggests that the costs (lower economic growth) have outweighed the benefits (digitalisation and control of “black money” and corruption).

The introduction of the Goods and Services tax (GST) had been under discussion for several years, but it was Modi who pushed it through in July. In principle, the GST is an excellent idea because state taxes hindered the free movement of goods and services, fragmented markets, and raised the cost of doing business. The compromises and complexity of the system have, however, led some analysts to reduce projected growth estimates to only 0.4 per cent.

Macroeconomic sectoral and second generation reforms in governance had underpinned Modi’s campaign pledge of ‘Minimum Government, Maximum Governance’. During his visit to the US in June, Modi boasted that 7,000 such reforms had been initiated. This was an exaggeration.

The much-discussed privatisation of state-owned enterprises has been slow. Bad debts of banks need to be worked out. The government has also lagged in the provision of basic services to the private sector, such as an efficient and clean public administration system, education, healthcare and a functioning market for land and labour.

A new bankruptcy law introduced in May 2016 is an area where some action has occurred, but even this law cannot be fully effective until the judicial system is reformed. There is a huge backlog of pending cases: 24 million, nearly 10% of which have dragged on for over a decade.

Aside from strengthening the Prime Minister’s Office, Modi has done little to reform the public administration and the civil service system. The World Bank’s governance indicators show India ranking far behind many East Asian countries in government effectiveness, control of corruption, rule of law and regulatory quality.

Educational standards are poor and the country lacks a capable and healthy workforce. Much education and healthcare is provided by the private sector because of the poor quality of public services.

In many Indian states, firms with more than 100 workers must seek government approval to hire and fire workers. As a result, many resort to contract workers or simply choose to forego economies of scale by remaining small. During Modi’s first year in office, states such as Rajasthan, Gujarat and Andhra Pradesh had sought to partially liberalise their labour markets. But it now looks like these efforts have stopped.

Slow progress in microeconomic reforms means that the government has not been successful in creating an enabling environment for the private sector, and investment could dip further. The economy grew by only 5.7% in the quarter ending 30 June, the lowest since 2014. As in the past, an inefficient public sector will continue to be all-pervasive in the Indian economy.

Pradumna B Rana is Associate Professor at the S Rajaratnam School of International Studies (RSIS), Nanyang Technological University, Singapore. This article is based on his co-authored book, Jumpstarting South Asia: Revisiting Economic Reforms and Look East Policies, which will be launched in Kathmandu on 3 November.