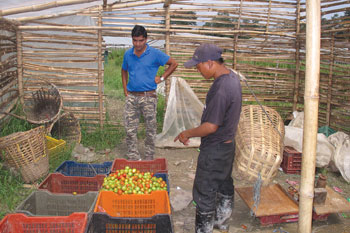 ASHUTOSH TIWARI
Of late, there has been a gradual backlash in the media against the social effects of a remittance economy.

Stories of families torn asunder when wives or husbands work abroad, tales of villages bereft of young men and women for road construction work and to run and manage small businesses, and photos of wide swathes of agricultural land remaining uncared-for due to a shortage of farm hands add vivid details to the narrative.

The tone is often grudging: Yes, remittance has increased incomes in the village households and among migrants who work abroad, but such economic well-being has come at a huge social cost. And often the implication is that sooner or later the long-term social cost of remittances will outweigh any tangible short-term economic benefits.

But what if we do not limit our view of remittance to only the transfer of money? What if migrants also transfer or bring back positive social norms, better business practices, confident self-identities, technical know-how and skills, and access to expert social networks? Dubbed ‘social remittance’ in 2001 by an American academic Peggy Levitt, two examples of these ‘services over money’ benefits of remittance were on display at a talk program on the subject hosted recently by GiZ’s Centre of International Migration (CIM).

Shree Krishna Adhikari (pic, in blue shirt) from Hetauda was working as a health assistant in his 20s at a government-run health post near Kalanki when the conflict forced his family members to find alternative sources of livelihood. He went to Israel where he almost broke his back working for a vegetable nursery for long hours in oppressive 50-degree heat.

“For the first two years, I saw the job as an opportunity to make money,” Adhikari said. “But as time went on, I started thinking if the Israelis could grow such vegetables in such large quantities in the  deserts by using practical techniques and useful technologies, what was stopping us in Nepal, where we have plenty of water and arable land, to grow and sell vegetables ourselves?”

Adhikari, 33, stayed in Israel for six more years, working in different farms and acquiring skills and work experience to be an expert in installing drip-irrigation technology, which allows farmers to ensure that each plant receives only an optimal amount of water and nutrients so that yield is maximised and waste is reduced.  One additional benefit of such technology is that it uses fewer people to water large fields.

Adhikari returned to Nepal in 2011 to start his own firm, Shalom Agriculture, which has worked with 400 Nepali farmers in 33 districts. These farmers grow salad greens, tomatoes, cucumber, capsicum, pumpkins and the like. “I could not have imagined that I would someday own a business when I was working as a health assistant. Going abroad and mastering a skill gave me the confidence to return and work with farmers,” Adhikari said.

Likewise, Bharat Regmi, 42, was an itinerant travel and trade professional whose source of revenue were European tourists who came to his village in Dhading for home-stays. But early in his career, he had been to coffee farms in Ethiopia, and had seen how agro-tourism had developed in Thailand and Vietnam.

Continuous exposure and foreign-acquired skills led him to think that perhaps he could start an organic coffee farm in his Nalang village, with a few rooms set aside for tourists. Started in 2010, Regmi’s Himalayan Ontop Coffee Estate, spread over 300 ropani, is now producing for exports.

Money from foreign employment goes only so far. But ideas, know-how and networks brought from abroad have potential to change people and economy. This is one area in which government’s attention and the media’s interests need to be broadened.

At what cost the remittance money?, Dewan Rai

Editorial in Rajdhani, 14 October
Wow! It namely likewise fine treatise about JavaScript, babyliss pro curler I dissimilar Your post doesn't acquaint any sense. ray ban outlet uk if information are defined surrounded sketches one can effortlessly be versed with these. hollister sale I think a visualized exhibit can be better subsequently simply a effortless text, chanel espadrilles for sale that why it gives you improved quality. getnjloan.com Can you amuse forward me the code for this script alternatively interest distinguish me surrounded detail among relation apt this script? Vivienne Westwood online get a babyliss perfect curl Very soon this network sheet longing be outstanding among all blog viewers, isabel marant sneakers saleI too prefer Flash,