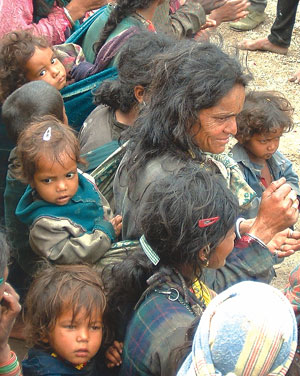 Development professionals work for the poor and the marginalised. But most who head development organisations rarely come from the very same background of those they serve. Does this affect the quality of decisions made on behalf of the poor?

In a refreshing departure from its practice of peddling variations of ways of tying upgains from social development with market access for growth, the World Bank’s World Development Report 2015: Mind, Society and Behaviour examines how humans — the poor, the development professionals and everyone else — think, and how context affects their thinking.

Drawing on the findings from fields as diverse as psychology, behavioural economics, anthropology and neuroscience, the report suggests ways to design policies and interventions that take into account all the conscious and unconscious human factors that are at play, but often not considered when policies are designed and applied.

To that end, the report lays forth three principles of human decision-making processes. First, our default mode of thinking is simple and automatic — not deliberative, which takes the sort of effort that most do not want to spend their energy on. Second, we think socially — meaning, we are more influenced by preferences, identities, norms and networks that we see around us than we give them credit for. And third, we think through the lens of our deeply held views and stereotypes that we have of the world, which, when wrong, stay uncorrected for long.

The report argues that most development policies fail to take into account how those at whom the interventions are aimed think as they go about their daily lives. The consequence is that such policies do not achieve their desired results, thereby wasting time and development dollars.

Take financial literacy classes, for instance. Most finance professionals, and your average development do-gooders — all earnest supporters of such lessons — assume that the knowledge imparted through such classes must be useful and results in good savings behaviours. But results from around the world consistently show that the positive influence of financial literacy classes is almost zero. Still, when financial literacy providers in  South Africa took ‘thinking socially’ into account to develop and air TV programs with characters that viewers could identify with and learn from, the intended audience was found more likely to practice prudent financial behaviours.

Likewise, most poor people do not have cash to pay for mosquito nets, which prevent malaria. Asking them to set aside funds for such products is not helpful when, in reality, every bit of available cash competes to pay for food and shelter. When researchers in Kenya provided poor households with metal boxes, in which money could be saved regularly, the rates of savings and investment in preventive health products went up. The simple metal boxes became an instrument for most to automatically put aside some money for future medical needs.

To be sure, successful private companies have long learnt that it pays to ask themselves what and how their customers think. In contrast, development organisations, filled as they are with theory-heavy professionals, tend to push for interventions — such as financial literacy classes — that make sense from the providers’ perspective, but fail to take into account how the intended recipients (with whom the professionals have little in common) think and act.

Injecting these three principles of human decision making into the design of development programs could be one way to make aspirational development policies more attuned to human realities.