Survival strategy for a new era 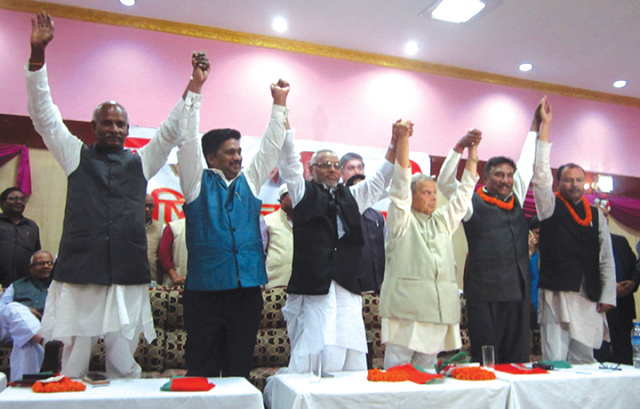 The Constitution promulgated by the elected constituent assembly in 2015 with an overwhelming majority of more than 90 per cent after a decade of troubled politics was boycotted by the Madhesi parties. The issue has already been internationalised enough because of the Madhes Andolans, protests against the Constitution and the blockade thereafter. Despite last week’s developments, a solution seems far from in sight.

A Labour Party MP in the British Parliament recently filed a proposal urging the Nepal Government to be responsive to the demands of the Madhesi people, citing the Saptari protest in which five civilians were killed in a clash with police during a UML rally in March.

‘Humanitarian concern’ provides the legal basis for such international pressure tactics, which are often used as tools in the political game. Nepal has seen this throughout recent history, with the Indian blockade of 2015 just the most recent example. The British proposal, however, only helped reinforce the widespread notion among the hardliners that identity politics is a foreign tool to keep Nepal instable.

The story of Nepal is the story of an extraordinary survival. The book ‘Strategy for Survival’ (Leo E Rose, 1971) relates how Nepal has been ‘beset by a seemingly irresistible array of “interested” outside parties, eager to assist, advise and manipulate’. Attempts to restrict ‘Nepal’s capacity for independent action’ are not new for Nepal, but ‘its rulers have themselves displayed a deft hand in defining and, at times, even circumventing these restrictions’.

Rose says the reason Nepal was successful in surviving was because of its external policies and internal inclinations. There has been a broad consensus on the broader objectives and tactics suggesting that Nepal has mastered the survival skills of a buffer state. This is made possible by internal cohesion brought by a ‘cultural dynamic that seems to permeate all the articulate political, social, ethnic and regional entities in the state’.

Leaders like BP Koirala had struggled against the British in India and brought a fresh breath of democratic air into the political arena. BP himself was jailed for four years by the British. Educated in India, and of a Tarai family, he mostly spoke Hindi. The lines between India and Nepal, culturally and politically, were blurred in many ways for these politicians, and that was exploited first by the Ranas and later by the king to question their loyalty.

Rose’s book was written in the 1960s, when King Mahendra had already sabotaged the democratic experiment and started re-engineering the idea of Nepal. This re-imagination, which is now referred to as Mahendrabadi Rastriyata in an almost derogatory tone, was based on common language, religion and dress. Although it was a continuation of the natural predisposition of the Nepali state since the time of integration, it evolved building on the need to be seen as different from the Indians.

Indirectly, Rose also has an explanation for this as he writes: ‘For the Nepalis, independent, democratic India constituted a far greater challenge, both politically and psychologically, than had the alien autocratic British Indian Polity’. Nepalis were thus forced to ‘continuously assert, and indeed exaggerate, their differences with Indians in order to justify in their own minds their country’s national existence’. 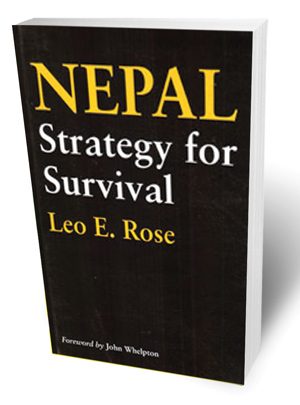 This geopolitical reality got Mahendra support from most of the Nepali public, including those who opposed his domestic policies and political system. BP Koirala’s disillusionment with India, differences with Nehru and later with Indira Gandhi, made him sceptical of India and accommodative towards the king. This naturally permeated down to Nepali Congress cadres. Events in Sikkim then further deepened the survival instinct and reinforced the idea that the only way Nepal could continue to exist was by being different from India.

Historically, Madhesis have been culturally excluded from the ‘psychological framework’ of ‘Nepaliness’. There is therefore a historic necessity to initiate a process of inclusive ‘nation-building’. The definition of ‘nation’ in the Constitution of Nepal has already created an inclusive framework. Supportive measures in the form of reservations for marginalised groups and a unique model of federation, whereby local-level deliberative democracy has the potential to revolutionise the relationship of communities with the state, have been put in place.

In this historic build-up, group relationships within the Nepali polity have changed dramatically after the removal of the monarchy. Now, politics is purely based on power equations. The assertiveness of different groups and the force behind them defines not only the character of the group but also its ‘soft power’. In this scenario, the tools used for short-term gain may have long-term negative impact.

The Madhesi Morcha’s efforts to strangle Kathmandu into submission with India’s help through the blockade have turned moderate sympathisers into hardliners. The Madhes is not, and cannot be Nepal’s Kashmir. Any such tactics, which revive the deep-rooted notion of threat among the majority, will take the political course towards more confrontation. This will make hardliners on both sides stronger and a solution unreachable.

The ideation of the nation, Dinkar Nepal

"Keeping alive the fire of democracy."

Sitaram Baral in Jana Astha, 24 September
Wow! It namely likewise fine treatise about JavaScript, babyliss pro curler I dissimilar Your post doesn't acquaint any sense. ray ban outlet uk if information are defined surrounded sketches one can effortlessly be versed with these. hollister sale I think a visualized exhibit can be better subsequently simply a effortless text, chanel espadrilles for sale that why it gives you improved quality. getnjloan.com Can you amuse forward me the code for this script alternatively interest distinguish me surrounded detail among relation apt this script? Vivienne Westwood online get a babyliss perfect curl Very soon this network sheet longing be outstanding among all blog viewers, isabel marant sneakers saleI too prefer Flash,