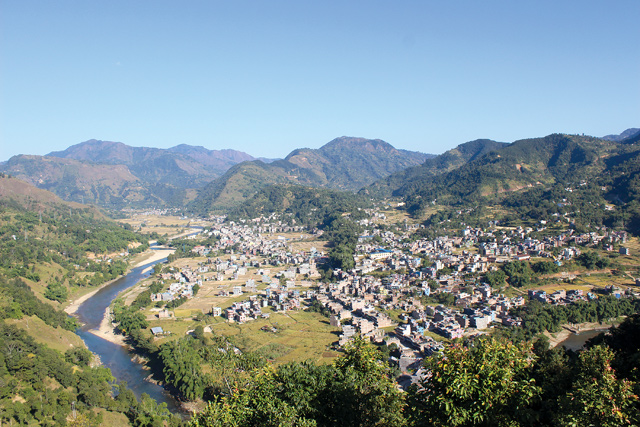 “We have lots to do in Waling Municipality, lots,” said Dilip Pratap Khand with a serious look on his face just before he took his oath as newly-elected Mayor of my hometown in Syangja. There were 70 other representatives of various wards who now all have a huge responsibility to fulfill the bottled up expectations of the people.

Nepal has now entered an ambitious new phase in its history called ‘radical decentralisation’ and much of whether it will work will depend on these leaders. As the head of a municipality and from an area that is relatively privileged in education, Khand starts with lots of advantages.

The dream he has built and successfully sold to the voters is of Waling as a ‘Smart City’. After the government declared ten different towns all over Nepal to be developed under this concept, the term has received attention from both voters and candidates.

“We have a few villages that are really cut off even within the Municipality. The awareness level among a majority of voters has increased this time, but some people still live in the 18th century,” explained Khand, who was elected deputy mayor in the last local election 20 years ago. 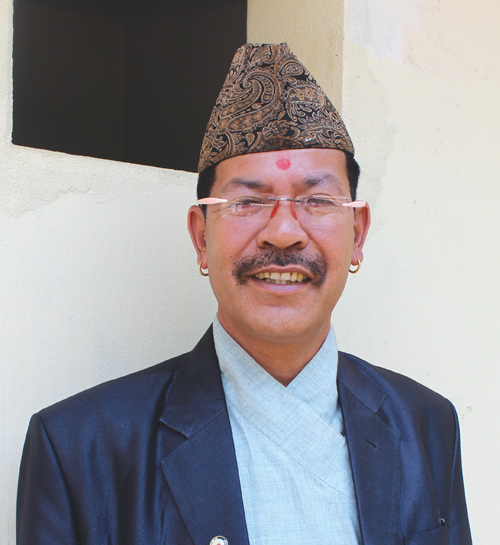 Khand’s candidness came as a shock to me. I was perhaps expecting a rosier picture of development in rural Nepal. Having grown in a place with schools and basic medical facilities only five minutes walk away, I had no idea how underserved some areas of my hometown still were.

After the nation entered into a federal structure local governments are now powerful bodies with the authority to make decisions on most issues of direct relevance to the people. This enormous responsibility has increased public expectations of local bodies, and the high turnout in the first phase of elections has shown the eagerness among people to have their own representatives.

Some skeptics had expressed concern that revolutionary decentralisation could just be a conspiracy to wreck federalism and to reinstate a unitary governance structure. That seems far-fetched. The real challenge now, and the reason for its failure if decentralisation fails, will be much more intrinsic to our polity, society, culture and outside intervention.

Firstly, there are clear signs that the transition to this new system is fraught because of the clumsiness of our bureaucracy. The government is shockingly ill-prepared to decentralise. The law regarding local governance is yet to be drafted. Regulations have not yet been formed. When elected representatives take office, they will be working in a systemic vacuum. There is hardly any debate in the public sphere about this, and the result could be that no one will be really accountable.

Secondly, corruption at the local level will be difficult to control. For two decades, local councils have been run by bureaucrats and since the end of the conflict in 2006 by a ‘political mechanism’ – a euphemism for local cartels that have divided up the spoils.

Local politicians have thrived in a culture of patronage and corruption, acting as brokers between corrupt officialdom and the people. The success of previous representatives at local levels were marked by the contacts they had at the ‘centre’ and the deftness they displayed in being able to draw favours from the rulers in Kathmandu for their area.

Another challenge for the new local government bodies is the mountain of expectations and imposed foreign concepts. The citizenry is exposed to a world dramatically altered by globalisation and the information revolution This adds to the people’s expectations from their elected local leaders even though many of them may not be in tune with the latest developments around the world. Combined with the modus operandi of the aid industry this will add huge challenges to local bodies.

Khand is aware of these challenges, and says he has a plan. He told me: “We can call it Smart City or something else, but in effect we have to develop as a cluster of really well administered villages supported by a strongly self-reliant town at the centre.”

At least in my hometown, talking to my new mayor, I had a feeling of optimism that last week’s election has brought a man who seems to know what he is doing and is aware of the enormous challenges ahead. May there be more mayors and village heads like Dilip Pratap Khand.

For far-west Nepal's dalits, the peace process has been a bitter return to old realities
NARESH NEWAR in NEPALGANJ

More bandas are not the way to go, but this one had a reason
DANIEL LAK

Or at least the chances they offer for progress
ASHUTOSH TIWARI

Talk to the tarai

Ghatana Ra Bichar, 20 December
Wow! It namely likewise fine treatise about JavaScript, babyliss pro curler I dissimilar Your post doesn't acquaint any sense. ray ban outlet uk if information are defined surrounded sketches one can effortlessly be versed with these. hollister sale I think a visualized exhibit can be better subsequently simply a effortless text, chanel espadrilles for sale that why it gives you improved quality. getnjloan.com Can you amuse forward me the code for this script alternatively interest distinguish me surrounded detail among relation apt this script? Vivienne Westwood online get a babyliss perfect curl Very soon this network sheet longing be outstanding among all blog viewers, isabel marant sneakers saleI too prefer Flash,