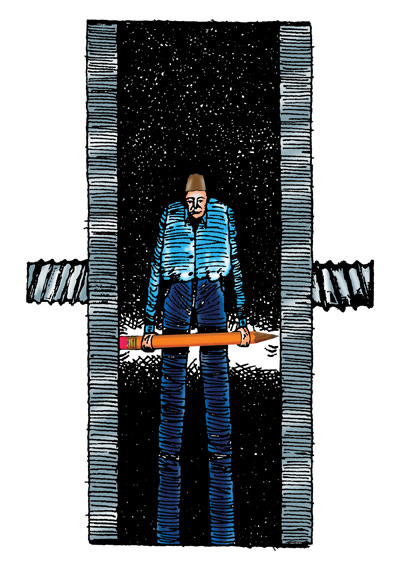 As the Arab Spring picked up momentum in 2011, some activists in Nepal tried to engineer what they wanted to call the ‘Chameli Movement’ named after the Nepali word for jasmine.

There were op-eds suggesting that Nepal was ripe for another revolution and why the youth of this country should overthrow obsolete and incompetent leaders.

There were imitations of the occupy movements, social media campaigns and even some street demos. But it could not pick up critical mass, and the dark forces of corruption, selfish brinkmanship and cronyism just got stronger. After having suffered 10 years of war, it looked like Nepalis did not have the appetite for another revolution.

The country was going through a nerve-wracking and prolonged political transition, with demands for ethnicity-based federalism threatening to cleave the country. All Nepalis wanted was an end to the instability and turmoil. We survived chaotic times, the failure of the first Constituent Assembly, the election of the second CA, a devastating earthquake, the promulgation of the new Constitution that led to violence in the Tarai and the additional, unexpected ‘surcharge’ in the form of the Great Indian Blockade.

Now, as we prepare to complete elections for three levels of government (local, provincial and national) under the new Constitution, the transition phase of Nepal’s politics is hopefully finally coming to an end. Nepalis are now getting ready to elect provincial and national assemblies on 26 November and 7 December.

Our votes should be used to transform the system, but do we have a real choice in the forthcoming elections? Nepal’s post-conflict politics has seen all pretenses of morality and ideological sanctity blown away, without any shame and regret. We have seen the Maoists forming a government with the Nepali Congress, collaborating in the local elections and now fighting each other again in the provincial and parliamentary elections. Voting for principles and ideology makes no sense anymore.

The present set of political parties has become a mockery of democratic institutions. Top leaders, most well past retirement age, run them like family-owned enterprises. Their political organisations are supported by career politicians, people who have devoted their whole lives to cronyism and patronage. Thus, democratic choice is rarely translated to good governance, even at the grassroots.

All that has to change now. With increasing literacy, and a youth population exposed to social media, Nepal’s electoral demography is changing rapidly, creating a shift in voting patterns. The strong showing of 21-year-old Ranju Darshana in the Kathmandu mayoral race is a case in point.

Learning their lesson, Sajha and Bibeksheel Nepali have united because the result of local elections in Kathmandu showed that together they might be able to create some real impact in Nepali politics.

Although the new party has not been able to field candidates throughout the nation, there is a strong support base emerging if social media trends are any indication. A voter broke down and wept when he met Rabindra Mishra, who was campaigning for Sajha Bibeksheel in Kathmandu, and the candidate has got huge approval after posting the meeting on his Facebook page. The party represents a true alternative to the tried, tested and failed parties and their leaders, giving voters new hope.

We want change. We want this monopoly of the dark forces to end. As a genuine alternative seems to be emerging slowly and steadily, learning its lessons through trial and error, we have our fingers crossed that people will vote for change rather than for known non-performers. This might actually be the real Chameli Movement that we have all been waiting for. And, it's even better that this is a silent one.

The ideation of the nation, Dinkar Nepal

Nepal is the only country in the region where hunger is increasing. Now factor in the insurgency.
RAMYATA LIMBU

The prime minister may be frittering away a strong hand.
BINOD BHATTARAI

Locally-designed and locally-financed small hydros are changing Nepals energy future.
RAMYATA LIMBU IN SYANGE
Wow! It namely likewise fine treatise about JavaScript, babyliss pro curler I dissimilar Your post doesn't acquaint any sense. ray ban outlet uk if information are defined surrounded sketches one can effortlessly be versed with these. hollister sale I think a visualized exhibit can be better subsequently simply a effortless text, chanel espadrilles for sale that why it gives you improved quality. getnjloan.com Can you amuse forward me the code for this script alternatively interest distinguish me surrounded detail among relation apt this script? Vivienne Westwood online get a babyliss perfect curl Very soon this network sheet longing be outstanding among all blog viewers, isabel marant sneakers saleI too prefer Flash,