Trump, or no Trump

Why should environmentalists in Nepal suffer angst because Donald Trump got elected? How much worse can things get? 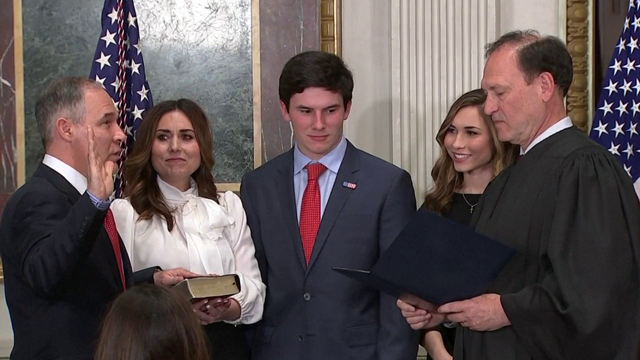 The former chief executive of a multinational petroleum company becomes the top US diplomat, and a lawyer who has repeatedly sued the US Environmental Protection Agency becomes the head of that same agency. These developments in Trumpian America are about as close to ecological apocalypse as any environmentalist can imagine.

So where do I perceive a silver lining in the gloom that surrounds the US election (and the United Kingdom’s Brexit vote)? In the possibility that Trump’s presidency will invigorate environmental activism in the Global North. This, in turn, might improve foreign aid-based endeavours to promote environment-friendly development in the Global South, specifically Nepal.

In Nepal, solutions to climate change will have to involve sagacious foreign aid and international development agencies. Over the last couple of decades, however, these agencies have often lost their way in procedural fetishism and have become increasingly irrelevant to realities on the ground. My colleague Sudhindra Sharma has analyzed six decades of foreign aid in Nepal and has shown that every decade saw a major shift in aid philosophy.

Import substitution was emphasised, then an export-led economy, then structural adjustments, then meeting basic needs, then poverty alleviation. The latest fad is climate change. Almost every development activity today is forced to justify itself in terms of climate change adaptation: even activities such as protecting drinking water in remote villages, where the link to global warming is tenuous or non-existent.

A recent study investigated why springs across the Himalaya were drying up and fueling outmigration to city slums. The knee-jerk supposition was that climate change was to blame, but the study found otherwise. The areas under study showed no significant downward trend in rainfall. Rather, other powerful drivers were responsible. Livestock numbers had declined, and thus buffalo wallowing ponds were contributing less to groundwater recharge. Farmers were shifting from dryland maize to water-intensive crops such as tomatoes. Most significantly, water was being over-pumped with electric motors and PVC pipes instead of the traditional hand-carried water pots and buckets.

If these issues are not addressed by the time the effects of climate change do become more severe three or four decades from now, problems with village water supply will become more pronounced, if not catastrophic. Unfortunately, little or no climate money is now available for addressing concrete, present-day tasks such as safeguarding village water supply.

The bulk of climate funding is directed toward seminars, nebulous ‘policy impacts’, and reports in English that are not read by anyone who matters. Contractors and sub-contractors working for the US Agency for International Development (USAID) or the United Kingdom’s Department for International Development (DfID) are practically forbidden to spend money on real grassroots mitigation measures. They have to work exclusively on adaptation and policy impacts.

Even with all the time, money, and expert resources that development agencies have directed toward climate change adaptation, fossil fuel consumption in Nepal has more than doubled in the past six years. And though the country is rich in hydropower, clean energy is in decline: more than half of the electricity Nepal consumes is supplied by dirty coal-fired plants in Bihar.

In previous decades, Nepal was a major success story in biogas, having installed over 200,000 of them across the country. In the last few years, that success has stalled and may even be going in reverse. Electric vehicles present a similarly sad story. It is the same with ropeways, climate-friendly and mountain-friendly means of ferrying goods.

If this is the result of almost two decades of climate adaptation funding in a ‘least developed country’, why would any environmentalist here suffer angst because Donald Trump got elected president of the United States? How much worse can things get?

A few weeks ago, senior Nepali climate officials and activists, meeting under the aegis of Climate Action Network, concluded that both the 2016 Paris Agreement on climate change and Agenda 2030 of the UN Sustainable Development Goals were ‘unfunded mandates’—which, given Nepal’s experience with the erstwhile Millennium Development Goals, promised no meaningful funding in the future, Trump or no Trump.

The climate journey from Kyoto in 1997 to Paris in 2016 has primarily achieved the undoing of the idea that national responsibilities are ‘common but differentiated’. So how could developing countries bargain for better, more meaningful climate funding even if Hillary Clinton had been elected president?

Northern non-governmental organisations (with a few exceptions, such as Oxfam and Greenpeace) are of no help either. Most are more preoccupied with raising funds to operate their own large outfits than with campaigning meaningfully for environmental sanity. Essentially, they have been tamed.

If the environmental activists of the North wake up from their domesticated, activism-free, procedural slumber, Donald Trump will have been just what the doctor ordered for climate change, no matter how bitter the medicine might be. If activists don’t wake up, it makes no difference to us in the Global South who occupies the White House.

Dipak Gyawali is Chair of the Nepal Water Conservation Foundation. This is an abridged version of a piece that appeared in Bulletin of the Atomic Scientists on 2 March.

"Festivals like these hone your critical abilities, and sharpen the eye. You learn to read films fast at festivals."
ANAGHA NEELKANTAN
Wow! It namely likewise fine treatise about JavaScript, babyliss pro curler I dissimilar Your post doesn't acquaint any sense. ray ban outlet uk if information are defined surrounded sketches one can effortlessly be versed with these. hollister sale I think a visualized exhibit can be better subsequently simply a effortless text, chanel espadrilles for sale that why it gives you improved quality. getnjloan.com Can you amuse forward me the code for this script alternatively interest distinguish me surrounded detail among relation apt this script? Vivienne Westwood online get a babyliss perfect curl Very soon this network sheet longing be outstanding among all blog viewers, isabel marant sneakers saleI too prefer Flash,