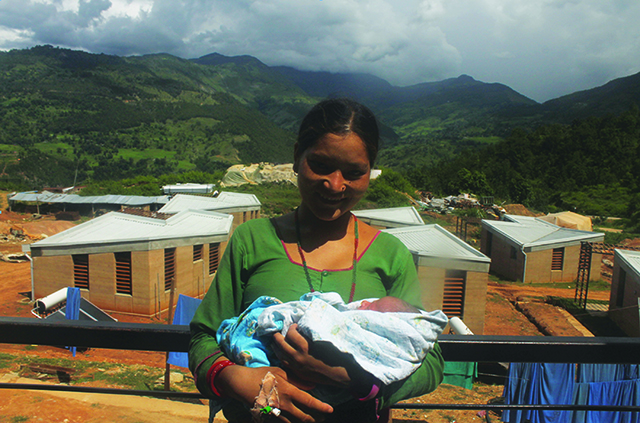 LIFE AFTER BIRTH: Khima Saud smiling and holding her new born baby at Bayalpata Hospital in Achham recently after she nearly died because her health post could not treat her retained placenta.


Nineteen-year-old Khima Saud from the village of Ramaroshan was brought to Bayalpata Hospital with a retained placenta 26 hours after delivering her first child at a remote health post. She had been carried for six hours on a stretcher up and down mountains, and finally to a jeep that charged Rs 4,000 for a 20km trip to the hospital. She had married 10 months previously, and her husband was away working in India.

Saud had suffered massive blood loss and need immediate transfusion if she was to survive. The hospital did not have her blood type. One of the doctors and a auxiliary nurse midwife donated the blood while she was resuscitated with intravenous fluids.

The patient’s haemoglobin count was down to 4.8 g/dL, whereas the normal is 12. Her distended bladder was blocking the pathway for the placenta, so a catheter was used to empty it. Her bleeding stopped, and Saud received 4 bags of blood.

“I am reborn now,” Saud told staff as she got ready to return home with her baby a few days later.

“She was lucky,” said Shital Khanal, who was on duty when Saud was brought in at Bayalpata Hospital. Massive bleeding due to retained placenta continues to be the leading cause of maternal mortality in Nepal. Last year, a mother from Khaptad was rushed here with retained placenta 24 hours after childbirth, but she could not be saved. 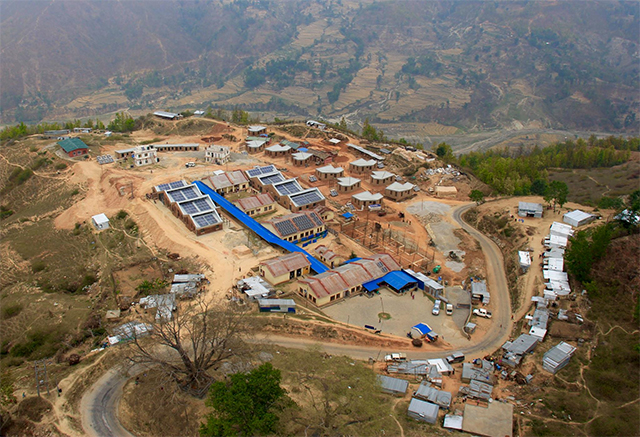 
Nepal’s success in reducing the maternal mortality rate is mainly due to the government’s Safe Motherhood Program started 20 years ago to increase institutional delivery. The Ministry of Health provides incentives to women to complete at least four antenatal care visits, and deliver at health facilities. There are thousands of Female Community Health Volunteers involved in maternal and child health at the village level. More recently, even Comprehensive Emergency Obstetric and Neonatal Care, which ensures availability of emergency cesarean, in each village council or municipality.

Khima Saud’s mother-in-law, Hima, said she was alone at home which is why she could not bring her earlier.” Outmigration from Nepal and patriarchal mores mean that it is difficult for women to take decisions on their own – especially because of the cost.

But cultural norms and poverty are just a part of the story. While country-wide data shows an improvement in maternal health, much of this is in the cities. Many village councils and municipalities do not have access to the much-vaunted Comprehensive Emergency Obstetric and Neonatal Care. Many district hospitals still cannot provide round-the-clock emergency cesareans.

“No women should face the situation Khima had to face,” says nursing chief Gauri Sunar at Bayalpata Hospital. It is time for policy makers, health workers, ministry officials, and others to make safe motherhood a reality in every village and municipality of Nepal.

Bikash Gauchan is a General Practitioner at the Bayalpata Hospital in Achham.

The theatre of life

Theatre makes life understandable, and to understand is to endure
CK LAL

Leaving a business venture is just as important as entering