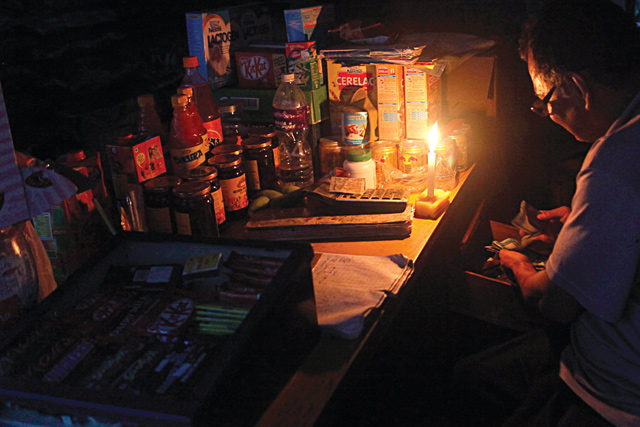 In the Hollywood film Ghostbusters, a group of men start a company to catch ghosts. Watching the movie as an impressionable teenager, I was taken by the movie’s central message: the trick to catching ghosts is not to feel haunted in the first place.

As our daily forage for cooking gas and petrol becomes increasingly longer, it is clear that we are haunted by the ghosts of India. The spectre of the Indian ghost now clouds all our conversations.

Contemporary energy independence for Nepal requires the exact opposite of self-sufficiency: deeper integration with energy markets in India and the world. India’s energy market has evolved considerably over the last few decades, but our understanding of it is still stuck in the oil crisis of the 1970s. To fathom energy independence, we need to first recalibrate our understanding to how India is dealing with its energy policy.

The hegemony of India’s central government over its energy market is eroding. First, state governments are becoming more assertive in the development and management of energy. Much of this is in part because Indian energy policy over the last two decades has seceded more authority to the states. Performance across the states isn’t uniform. Our immediate neighbouring states, unfortunately, are some of the worst performers.

Second, the private sector has a more commanding presence within India’s energy market. The domestic private sector has swept in quickly to capture the space offered by liberalisation. India’s most valued companies all have strong interest in energy, and some deal only with energy.

Even within state-owned companies, the government’s direct control is eroding. New Delhi is under pressure from the stock exchange regulator to divest a bigger share of its companies to keep them publicly listed. In part, it is also because the markets have themselves become more dynamic, forcing government-owned companies to change. To adapt, they are fighting back by using them as a public policy tool. Last year, for example, New Delhi had to resort to a presidential directive to get Coal India Limited (CIL) to behave in a certain way because its board declined to tow the government line. The government owns 90 per cent of the shares in the company.

Third, although international energy companies have not yet been able to successfully penetrate the Indian energy market, India’s links with the international market in coal, oil and gas has become closer. The country is adding the internal infrastructure capacity to deliver imported energy across the country. There is, for instance, a network of natural gas pipelines connected to liquefied natural gas (LNG) terminals that enable import of natural gas.

Today, India is a net exporter of petroleum products with complex refineries that offer some of the better margins in the world. In most cases, India’s increased interdependence with the international energy market is being developed and managed by the private sector. The evolution of India’s energy market offers Nepal an opportunity to de-politicise energy. In today’s context, energy vulnerability doesn’t stem from the risk that governments will shut off supplies. Outside Russia, perhaps, no one country can singularly affect supplies and these days even Russia has to think at least twice.

As this blockade so aptly demonstrates, energy shocks happen because energy supply chains are not built with big enough buffers to protect against political interference. Building northern road links to China for alternate supply sources is one option. A better idea may be to tap into opportunities extended by the evolution of India’s energy market. Closer ties with state governments, the private sector and international markets could create diversification and make energy supplies less vulnerable.

All of this requires clearer thinking on our side. Our approach must allow for greater complexity in how we source, contract and manage our energy supplies. We can’t engage with today’s energy markets if barter is the only form of financial contract we allow.

Most importantly, for energy independence our politicians must be able to bring in structural reforms that make themselves (oh, how do I put it) a little more redundant. The only reason we can’t catch ghosts is because our minds are haunted.

Bishal Thapa is the vice-chair of the Energy Development Council.

Nepalis voted for peace, not  for leaders who make threats when the going gets tough
MALLIKA ARYAL

Getting married simply is a wise move in lean times
ROMA ARYAL
Wow! It namely likewise fine treatise about JavaScript, babyliss pro curler I dissimilar Your post doesn't acquaint any sense. ray ban outlet uk if information are defined surrounded sketches one can effortlessly be versed with these. hollister sale I think a visualized exhibit can be better subsequently simply a effortless text, chanel espadrilles for sale that why it gives you improved quality. getnjloan.com Can you amuse forward me the code for this script alternatively interest distinguish me surrounded detail among relation apt this script? Vivienne Westwood online get a babyliss perfect curl Very soon this network sheet longing be outstanding among all blog viewers, isabel marant sneakers saleI too prefer Flash,