It's not about the constitution

Om Astha Rai
When I was a boy, light bulbs were like stars to me. They twinkled only in the houses of my well-off friends. The rundown house I grew up in did not have electricity, and I used to do my homework with the light of a kerosene lamp.

One evening, my mother cooked dinner before sunset. We quickly ate and went to bed early. I could not do my homework because there was no kerosene. The next evening, my mother sent me to buy kerosene. I picked up a jerry can and wandered around, but the fuel, which I desperately needed, was not available anywhere. At dusk, I returned home. I could not sleep that night, and kept staring at the light bulbs twinkling in the houses of my friends. 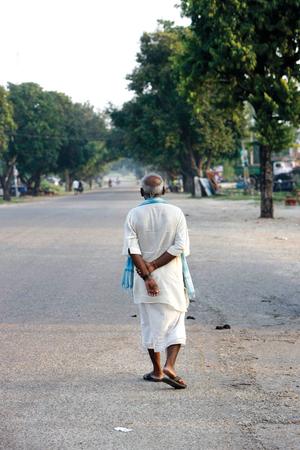 
This was 1989, and India had imposed an economic blockade against Nepal. I was too young to figure out why no shopkeeper would sell kerosene to me. I later learnt that India had not supplied fuel to us, and I began hating every Indian except Amitabh Bachchan.

Twenty five years down the line, India has once again imposed an economic blockade, though not officially declared as in 1989. Fuel has stopped, and traffic has thinned. A cab driver said: "I am in this long queue for nearly three days, but I am still not sure if I will get fuel."

The longer the blockade goes on, the stronger anti-India sentiments will grow in a new generation of Nepalis. This can’t be what India wants. How does it help India to have enemies at its doorstep? But that is their problem. We are at the receiving end of the crisis, and we have to resolve it. But Nepali leaders are just using the rhetoric of hollow nationalism, and others are not trying hard enough to tackle the roots of the problem.

Piecing together information gathered from sources privy to talks that Indian envoys held with Nepali leaders and interviews with Madhesi leaders, it looks like the current standoff is now not so much about the constitution. It is more about the feeling of being left out, treated badly and betrayed.

After brokering a 12-point deal that united the Maoist rebels with the parliamentary parties against the monarchy, India saw itself as a shareholder of Nepal's peace process. It later facilitated another key deal between the government and Madhesi parties.

But India felt left out when the top three Nepali leaders ignored New Delhi's message to halt the constitution process and bring on board the disgruntled Madhesi parties. UML Chair KP Oli was apparently in a hurry to get the job done so that he could be PM. UCPN (M) Chair Pushpa Kamal Dahal was equally desperate to take credit for the constitution and revive his political career. To portray himself as a nationalist, he said Nepalis were not ready to be New Delhi's 'Yes Man'.

Madhesi leaders, too, feel left out. Most Madhesi protesters probably do not know how – or if – the constitution has discriminated against them. They are just angry about how Kathmandu has ignored them.

After key Madhesi leaders met Indian special envoy S. Jaishankar in Kathmandu, I asked one of them, Mahendra Ray Yadav, what their demands on the constitution were. He had no answer, and just said: "The Nepali state has always discriminated against us since the time of Prithvi Narayan Shah, and we want an end to it."

Rakesh Jha is a local Madhesi leader in the eastern Tarai district of Siraha. He had no qualms about claiming that the seven points of constitutional flaw, which New Delhi reportedly told Kathmandu to correct, were indeed their demands. But when I asked him if he would like to see an Indian national becoming Chief Minister of the future Madhes province after marrying a Madhesi woman and acquiring Nepali naturalised citizenship, he said: "No, we never want that."

Many in the Madhes are relatively flexible about demarcation, but even Madhesi leaders of the NC, the UML and the UCPN (M) are not ready to give up on proportional representation and demarcating election constituencies in proportion to population.

But the good news is that the top three parties are ready to address these issues by amending the constitution. Even so, the Madhes is not ready to calm down because of trust deficit resulting from arrogance of some elite Bahun leaders in Kathmandu. It took 40 days and 40 deaths for Kathmandu to wake up. Jha says, “Policemen from the hills call us ‘Dhoti’ and use vulgar words against us."

If Kathmandu stops acting arrogant and shows a willingness to listen, the Madhes will come on board. But for that to happen, withdrawing the army, instructing police to exercise restraint, committing to provide medical treatment to all the injured protesters and ensuring maximum flexibility on the demands of the plains groups are necessary. And we need India on board.

The longer it takes, the more complicated things will get.

Swap your social drink for a coffee

Young men need to be given productive outlets for their volatile energy
DANIEL LAK
Wow! It namely likewise fine treatise about JavaScript, babyliss pro curler I dissimilar Your post doesn't acquaint any sense. ray ban outlet uk if information are defined surrounded sketches one can effortlessly be versed with these. hollister sale I think a visualized exhibit can be better subsequently simply a effortless text, chanel espadrilles for sale that why it gives you improved quality. getnjloan.com Can you amuse forward me the code for this script alternatively interest distinguish me surrounded detail among relation apt this script? Vivienne Westwood online get a babyliss perfect curl Very soon this network sheet longing be outstanding among all blog viewers, isabel marant sneakers saleI too prefer Flash,