Situated along an elongated ridge in the southwest corner of Kathmandu Valley is Kirtipur, but it tends to feel faraway even for the inhabitants of the capital. People talk about it as if it is in the boondocks somewhere. This perception of isolation is what has kept the 12th century hilltop town largely untouched, even though it is only a 15 minute bus ride from the Ring Road.

The sense of pride and fierce independence is in the DNA of Kirtipurans because this was where Prithvi Narayan Shah’s conquests came to a grinding halt in 1767, as he faced fierce resistance in his plan to take over Kathmandu Valley. 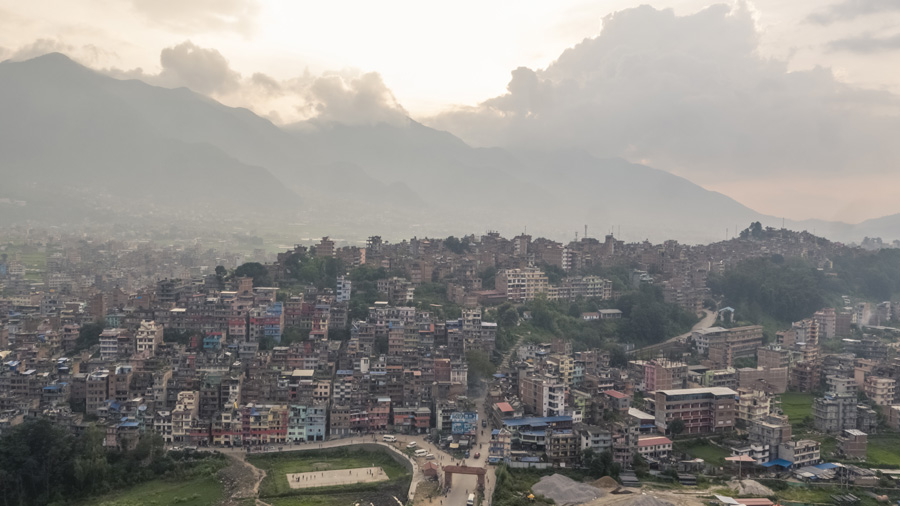 Today, the town of 66,000 is still not actively promoted by tour operators who prefer the traditional Bhaktapur-Patan-Swayambhu loop. If they do come, tourists tend to visit just the main temples, have lunch and then head back to their homestays in Thamel or Patan.

But Kirtipur is worth lingering in. Life progresses in slow motion with relatively clean and well-preserved streets and relaxed residents. The old city with its ancient neighbourhoods are nearly car free, and the place has the aura of an open museum – much the same as Kathmandu or Patan used to be 40 years ago. There is only one hotel and two easy-to-find homestays.

“Normally visitors stay only two to three hours here in Kirtipur,” says guide Shristy Maharjan at the Tourist Information Centre. “Now the situation is better, but the government should promote Kirtipur more. Only one in ten tourists visiting Nepal in 2015 came here.”

Babu Maharjan started his homestay in 2004, after being a trekking guide for a Swedish company. “Kirtipur is only 5km away from Kathmandu, but very few know about it. When people come to my place, they are astonished how stunning it is.” He gets about 200 guests a year in his four rooms.

Nepal’s Vision 2020 seeks to increase tourist arrivals to 2 million, and tourism-related employment to one million. After the earthquake in 2015, tourism has rebounded (see graph) with half the visitors from five countries: India (16%), China (14%), Sri Lanka (8%), USA (7%), and United Kingdom (6%).

Saroj Tuladhar, 27, is a hotel management graduate and sees a bright future in tourism in Kirtipur. His restaurant, Ka:shi, overcame the slump after the earthquake and Blockade, and is now running well. Unlike many of his friends who have gone abroad, Tuladhar has decided to make a living in his native town and has no regrets. “My only problem is finding good staff for the kitchen,” he says.

Pradeep Khadgi is a Kirtipur-based film-maker and is shooting a movie on Kirti Laxmi, based on a book by Basu Pasa about the woman who kept on fighting with her bow and arrows even after Prithvi Narayan finally captured the town in 1767, and took her own life after being arrested. He hopes to revive awareness among Nepalis about Kirtipur’s history, and correct some of the misconceptions. 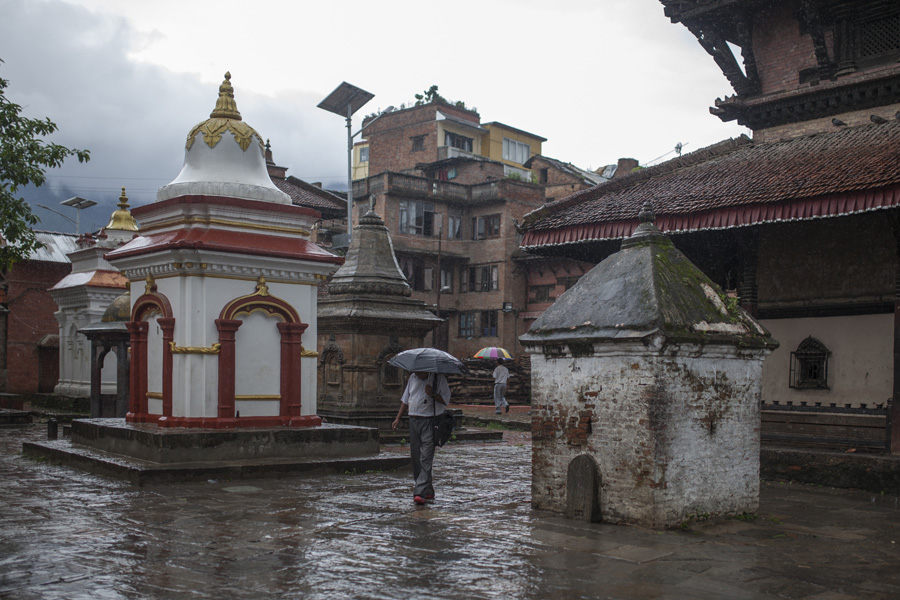 The pagoda-style three-storied temple is at the highest point (1,414 m) of Kirtipur. Two stone elephants stand guard at the shrine originally built in 1673 with four-tiered roof, but one was lost in the earthquake of 1934. Wood carvings show tantric and fertility rituals.

Dedicated to Bhairab in the form of a tiger. Local people call it as Ajudeu (Grandfather God) and worship it as the guardian deity of Kirtipur. The three-storied temple (pictured below) was built in the early 16th century.

Chilan (immortal) and Cho (hill) is a stupa thought to be built by Emperor Ashoka, and was turned into a monastery in 1515. 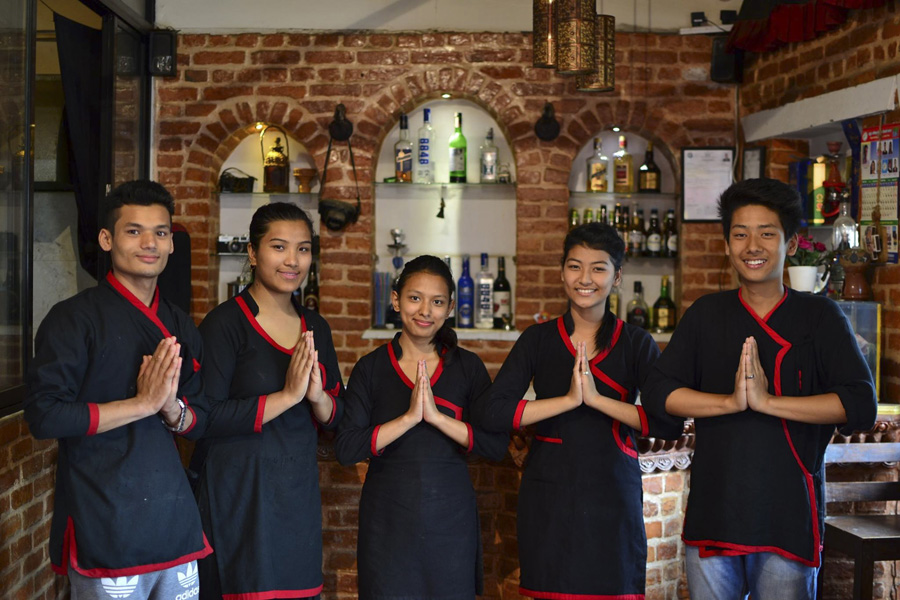 Single and double rooms facing north, with views of the Valley and the mountains beyond. Attached bathrooms, and wifi. 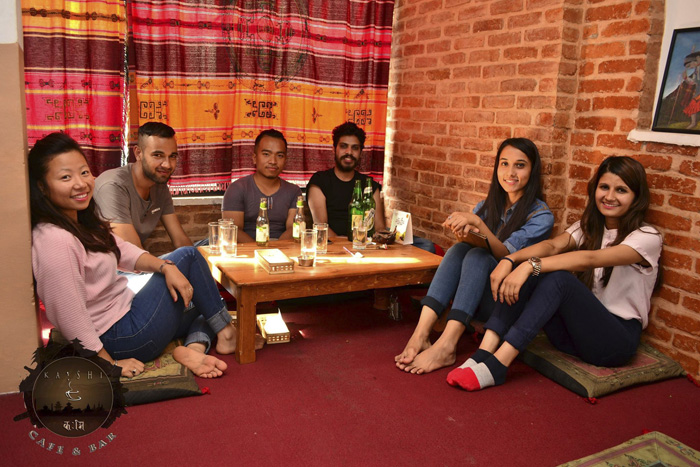 Subisu has led Nepal into the Internet Age
Wow! It namely likewise fine treatise about JavaScript, babyliss pro curler I dissimilar Your post doesn't acquaint any sense. ray ban outlet uk if information are defined surrounded sketches one can effortlessly be versed with these. hollister sale I think a visualized exhibit can be better subsequently simply a effortless text, chanel espadrilles for sale that why it gives you improved quality. getnjloan.com Can you amuse forward me the code for this script alternatively interest distinguish me surrounded detail among relation apt this script? Vivienne Westwood online get a babyliss perfect curl Very soon this network sheet longing be outstanding among all blog viewers, isabel marant sneakers saleI too prefer Flash,