The town as a museum piece

Even though several of its temples and monuments were destroyed in the April earthquake, the Patan Museum has become a major attraction in a town that is itself seeing a cultural rebirth.

This month, Patan hosted Nepal’s first international festival photography, Photo Kathmandu, and many of the annual Jazzmandu concerts. Next week, it will host the Film South Asia festival of documentaries. Patan has emerged as not just a day trip for tourists visiting Kathmandu, but one with a rich cultural event calendar, classy new pensions and cafes that have made it a destination in its own right. 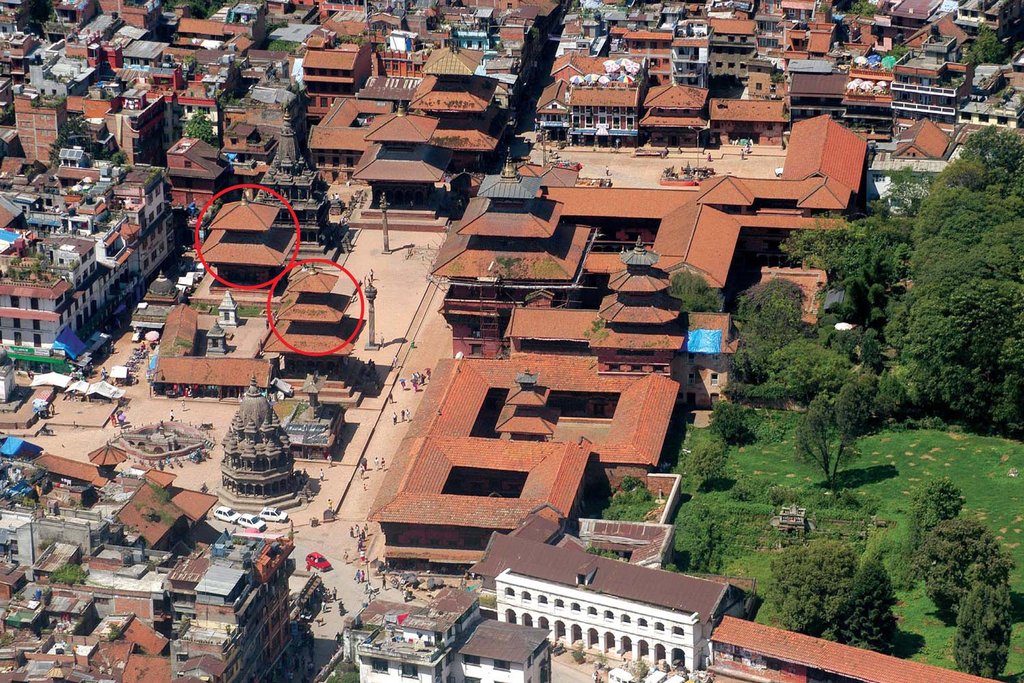 Monuments destroyed in the April quake are circled. Interactive map by Ayesha Shakya

But the star attraction of Patan is the Museum with its priceless collection of Hindu, Buddhist and Tantric artefacts all housed within the grounds of Keshav Narayan Chowk: the residential palace of the Malla kings. Earlier this year, the Museum added the Mulchok and Sundari Chok courtyards to its original exhibits at the Keshav Narayan complex.

The monuments of the Patan Darbar had been strengthened during renovation by the Kathmandu Valley Preservation Trust (KVPT) and survived the earthquake. However, the east wing of the Sundari Chok, which was in the process of being restored during the quake, collapsed and is currently being rebuilt. 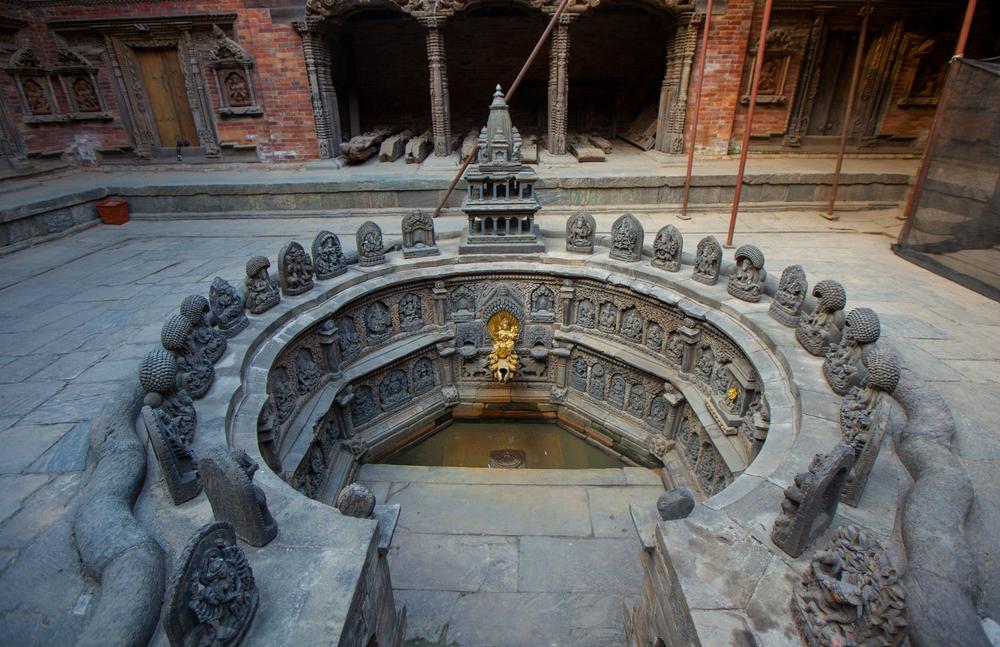 Each section of the Museum has separate galleries specialising in particular aspects of Nepal’s Buddhist and Hindu heritage, all tastefully arranged within historic buildings that are themselves museum pieces.

The galleries outline the history and the spread of Buddhism, an explanation of Tantricism as well as the various manifestations of Shiva, Brahma and Vishnu. The detailed written accompaniments to all exhibits provide a fine balance of introductory information and comprehensive history. A gallery on the ‘lost-wax’ process of bronze craft has step-by-step displays that are educational as well as aesthetic.

Since its refurbishment, visitors can also access the newly-opened Mulchok Courtyard with the resplendent Yantaju Shrine as well as the Sundari Chok showcasing the ornate details of the immaculately carved 16th century Tusha Hiti Step Well.  The courtyard also houses KVPT’s own exhibit explaining the restoration and an Architecture Gallery with fascinating insights into the building principles of Kathmandu Valley monuments. 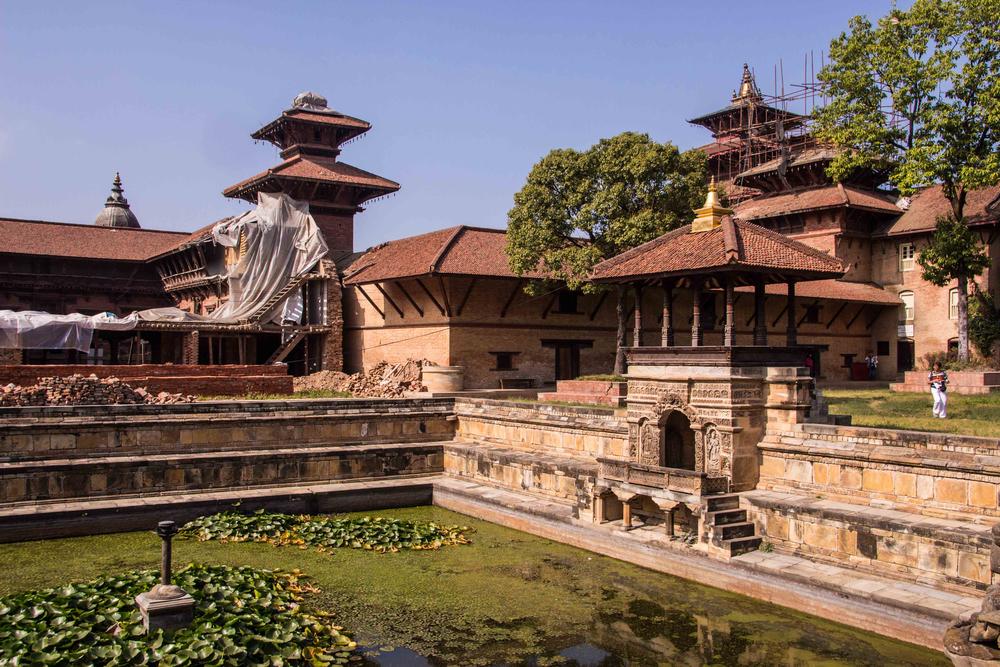 Also accessible is the royal garden of the Patan Palace with the exquisitely restored Bhandarkhal Tank with views of the Taleju Temple whose roof suffered earthquake damage and is currently being repaired.

The Museum’s self-claimed goal is ‘the interpretation of sacred art, culture and iconography of Hinduism and Buddhism through preservation and exhibition’. The Patan Museum achieves this both for tourists as well as Nepali students with information about the very core of Nepali culture. 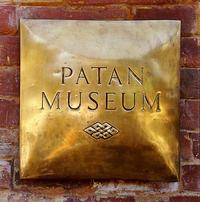 Rebuilding from the ground up

On 26 February this year, work started on the reconstruction of the Bhai Dega Temple in Patan Darbar Square. The original three-tiered Shiva temple which was built in 1678 collapsed in the 1934 earthquake, and had been hastily rebuilt in a mughal dome style. 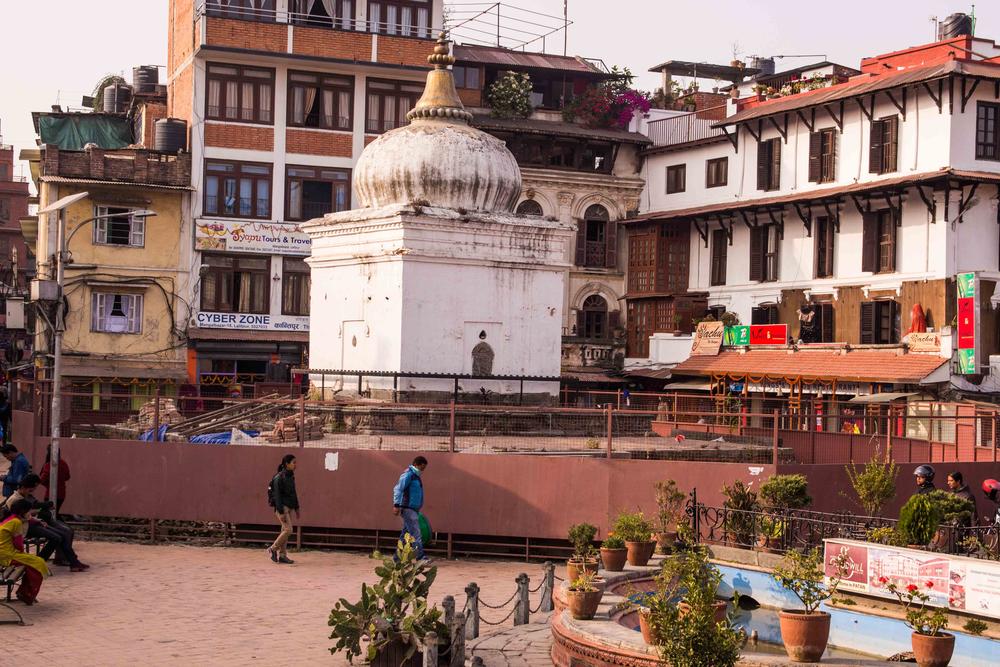 It is an indication of just how long reconstruction can take in Nepal that Bhai Dega started being rebuilt 82 years later, just before another major earthquake struck Kathmandu Valley. Bhai Dega will now be rebuilt along with three other temples within Patan Durbar Square that were destroyed on 25 April. Several other temples suffered serious structural damage in this year’s earthquake and will have to be torn down to be rebuilt.

KVPT (Kathmandu Valley Preservation Trust) has taken responsibility for the reconstruction of these temples as well as the damage to the Patan Museum and several of the monuments in the palace square. 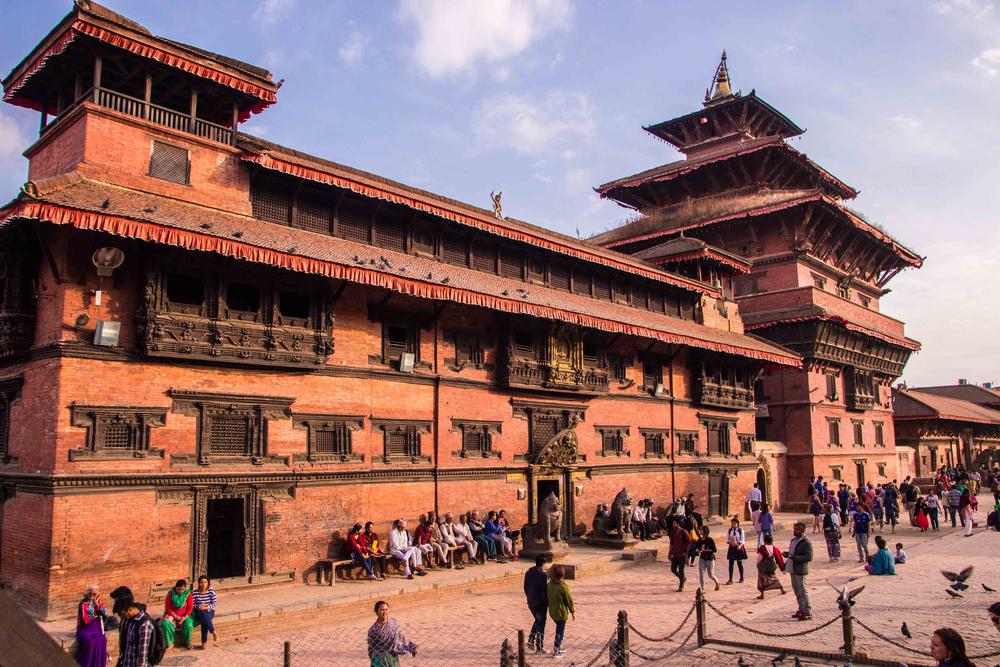 “The museum is a key historical and cultural centre and has now become one of Patan’s major attractions,” says Rohit Ranjitkar, the organisation’s director since its establishment in 1991. Most of the repairs at the museum involve retrofitting for structural stability. The Museum has also become the repository of the carved columns and religious figures that were salvaged from the collapsed temples. These original items are being saved for reconstruction, allowing the damaged structures to be returned to their original state.

“Originality is a key aspect of KVPT’s restoration,” notes Ranjitkar, “many buildings were rebuilt only with only a façade of original style after previous earthquakes, we try to preserve their original look in its entirety.”

For the few items that require replacing, mostly intricate woodcarving, the KVPT has a skilled base of local craftsmen who have been working with the trust in previous restoration work. The main problem now is the lack of resources and official apathy about the reconstruction of monuments. KVPT is trying to overcome this by sourcing funding from private businesses and organisations.

KVPT’s restoration of historic buildings preserves more than the physical monuments themselves, but also the festivals and culture of Kathmandu Valley that they represent. Says Ranjitkar: “It is important to preserve tangible history, as well as the intangible.”