When my editor told me about a new lounge at Lajimpat that hip Kathmanduites are flocking to and asked me to go review it, I was most excited by the name of this new place - Sky High. I imagined it to be on the rooftop of one of these teetering high buildings that have cropped up and, if notable for nothing else, at least provide a bird’s eye view of the city. Imagine my disappointment when I discovered that it was merely on the third floor of the building that houses the Big Mart department store - not nearly high enough to drown out the cacophony from the busy street below and definitely not deserving of such lofty name. 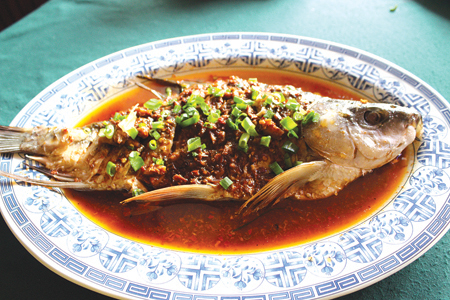 The menu was offered from the China Town Restaurant, a floor below. The head waiter explained why this was so, telling us its long history. China Town restaurant opened 21 years ago and was one of the first to serve authentic Chinese cuisine in Kathmandu and the first private restaurant to hire a Chinese chef from China (sic). As time passed and many other restaurants opened, the owners realised that they weren’t attracting any new customers. A decision was taken to revamp their terrace as a lounge, offer live music three times a week and an open mic on the other days, and thus Sky High was born. The food and kitchen, however, is still clearly the domain of the China Town Restaurant.

We were there for a leisurely lunch and after hearing the back-story, we promptly descended into the cool dining room below. Although an attempt has been made to create a relaxing, soothing space on the terrace, it is swelteringly hot in the afternoons. 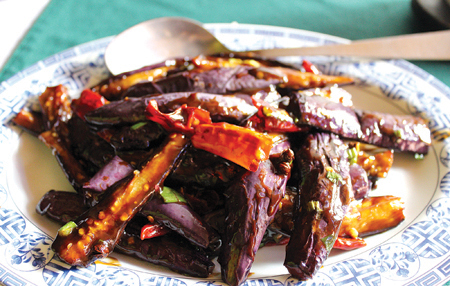 The Beijing Soup (Rs 120 for a small bowl and Rs 200 for a big one) was thick with minced bits of chicken, prawn and pork and suitably satisfying. The plate of cold cucumber (Rs 150) was replete with flavours of fish sauce and fermented black beans, tanginess from freshly squeezed lemon sauce and a mild sweet aftertaste from the sweet soy sauce. I liked that the cucumbers were served sliced thickly and retained their crunch and moisture.

We skipped the other appetisers and rushed headlong into our spicy oriental lunch. The pork ribs (Rs 400) were ribs in name only, as they could have from any cut of the meat and were drenched in a sauce so thick as to be slightly cloying. The spicy fried steam fish (Rs 425 for half and Rs 800 for the full piscine) was, in a word, delicious. It comes with fins, tail, head (inclusive of a beady staring eye intact) and all its bones. This dish calls for careful detailed eating but it is worth the effort. The tender flesh flakes off easily and is cooked so delicately, it almost melts in the mouth. The sweet brinjal dry chilli (Rs 190) was a revelation into why the humble eggplant deserves to be named among the most versatile vegetables in the world. It not only transcends cultures and cuisines, but so wonderfully absorbs and takes on a variety of flavours. And such was the case here too- crisp and buttery soft at the same time, sweet and spicy, humble yet delightful. 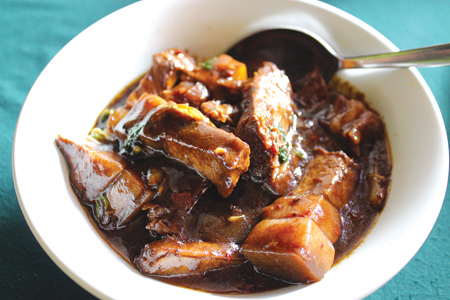 The food is filling and the portions generous. Also it is very reasonable; our meal for two came under Rs 1500. This probably explains its popularity because ultimately we all are in search of a restaurant that serves good food at prices that won’t break the bank.

How to get there: The China Town Restaurant and Sky High Lounge are above Big Mart Department Store in Lajimpat.

Too little, too late to meet the constitution deadline

Susmita chose kayaks over her husband, but all's well that ends well
DINANATH BARAL in POKHARA
Wow! It namely likewise fine treatise about JavaScript, babyliss pro curler I dissimilar Your post doesn't acquaint any sense. ray ban outlet uk if information are defined surrounded sketches one can effortlessly be versed with these. hollister sale I think a visualized exhibit can be better subsequently simply a effortless text, chanel espadrilles for sale that why it gives you improved quality. getnjloan.com Can you amuse forward me the code for this script alternatively interest distinguish me surrounded detail among relation apt this script? Vivienne Westwood online get a babyliss perfect curl Very soon this network sheet longing be outstanding among all blog viewers, isabel marant sneakers saleI too prefer Flash,