An restaurant, serving Japanese meals that bends a little more towards Chinese at great prices
Someplace Else by Stéphane Huët 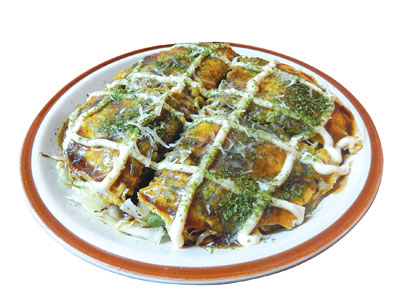 The owners of the newly opened Otafuku Okonomiyaki touted as the first Japanese fast food joint in Kathmandu had one goal: to make diners feel like they are eating in Tokyo. And that’s the feeling you get observing this neat looking cafe from outside.

Kakemonos or Japanese scroll paintings decorate the exterior, there’s an open kitchen, and orders have to be placed on a ticket machine. Even the fans are Japanese. While we were feeling very much in the land of the rising sun, our hopes took a dip once we opened the menu.

Only eight of the 40 or so dishes were Japanese specialities. The rest were a mish-mash of the usual affairs served at non-Japanese fast food joints. Nonetheless we took it in our stride and ordered as much Japanese as we could.

We started with the Veg Okonomiyaki (Rs 300) curious to try a dish we had never before seen on any of the menus in Japanese restaurants here. 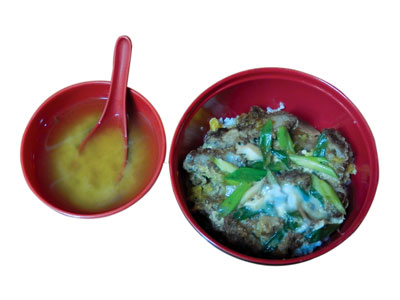 This Japanese pancake takes its name from the words ‘okonomi’, meaning ‘what you want’, and ‘yaki’ meaning ‘grilled’. Otafuku Okonomiyaki’s cook has well understood this concept. The pancake mixed with cabbage had an interesting Nepali flavour due to addition of paneer and spices. The sauce on top gave it a savory taste. The noodles we felt were a bit unnecessary as the Veg Okonomiyaki is already satiating with its two pancakes sandwiching the stuffing. The dish can be easily shared between two people but if you are a hearty eater, it won’t take you long to finish it off.

Our second dish was the Tamagodon (Rs 285) which is a rice bowl with a fried-egg and a miso soup. The egg was creamy and perfectly cooked. But we felt the dish could have done with a little less dashing of soya sauce which made it too salty. Even the miso soup was a tad salty.

For the meat dish, we tried the Katsudon (Rs 325). It is basically the same as Tamagodon but with slices of fried pork on top. The dish was rightly seasoned, the pork well cooked and very tasty. 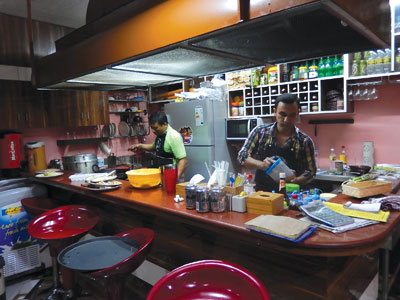 If refined Japanese cuisine is what you are looking for, then Otafuku Okonomiyaki is definitely not for you. But if you like to indulge in Japanese that bends a little more towards Chinese, then do step in.

It’s an unpretentious restaurant, serving meals at great prices. The service is quick and if after a meal here you feel inspired to try cooking Japanese yourself there’s also a range of Otafuku products to be bought.

How to get there: Otafuku Okonomiyaki is located on the Sanepa slope next to Hotel Summit.

This Christmas, Nepali Times spoke to two members of the growing community of Christians in Nepal.

A brace of Almodovar

How do you cure common cold?

DHANVANTARI by BUDDHA BASNYAT, MD
Wow! It namely likewise fine treatise about JavaScript, babyliss pro curler I dissimilar Your post doesn't acquaint any sense. ray ban outlet uk if information are defined surrounded sketches one can effortlessly be versed with these. hollister sale I think a visualized exhibit can be better subsequently simply a effortless text, chanel espadrilles for sale that why it gives you improved quality. getnjloan.com Can you amuse forward me the code for this script alternatively interest distinguish me surrounded detail among relation apt this script? Vivienne Westwood online get a babyliss perfect curl Very soon this network sheet longing be outstanding among all blog viewers, isabel marant sneakers saleI too prefer Flash,