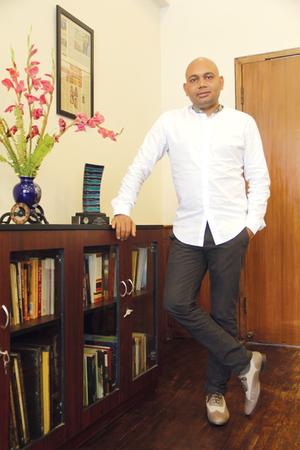 After the earthquake, like hundreds of thousands of other Nepalis, Kumar also became a kind of victim of the disaster. He was about to leave Kathmandu after a three-year posting at the Indian Embassy for the High Commission in London, but was told to stay on to handle the massive Indian relief campaign and media presence.

Kumar’s earlier collection of poems, Seduction of Delhi is in English and has short verses that evoke the unique ambience of the vast and historic capital of India. Ever since that book came out, Kumar’s many fans in Nepal had prodded him to publish a similar collection of his Nepal poetry. Kumar not only did that with Jatra, but also got it translated into Nepali. Being from Bihar himself, Kumar says he has an affinity for the culture and languages of Nepal which has allowed him to observe and versify about what he has seen and experienced in Nepal. One would think that his creativity is now turning to how Nepal and the Nepali people have coped with the earthquake and he is penning those lines even as we speak.

Jatra has 69 poems about Kathmandu’s unique architectural heritage sites which were badly damaged in the earthquake, vignettes of various parts of Nepal and poetry profiles of noted personalities. The observations are sharp, the words bring out the sounds and images of a Nepal in the throes of social and political churning. These translated lines from the poem 'Bagmati' are an example: 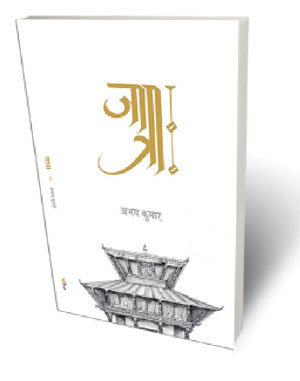 I am lost in the dirty detritus of civilization

Who will clean the waters

The poem titled ‘B P Koirala’ is an example of the versatility of Kumar’s verse:

Socialism hasn’t yet inspired the world

The war of independence and the struggle for democracy

These words were translated from English into Nepali by journalist Kishore Nepal, and have been converted back into English here. While a lot of the depth may have been lost in the double translation, Kumar’s words are incisive, sometimes even satirical, and give us a perspective that is different, yet one we can see from up close.

Kumar has said he became a poet and diplomat somewhat simultaneously while posted in Moscow. “Poetry needs the mind to be pure and unburdened and creativity thrives when there is a coming together of different cultures. Russia with its rich literary tradition was an ideal setting to hone my poetry,” he says.

Deshantar, 25 November
Wow! It namely likewise fine treatise about JavaScript, babyliss pro curler I dissimilar Your post doesn't acquaint any sense. ray ban outlet uk if information are defined surrounded sketches one can effortlessly be versed with these. hollister sale I think a visualized exhibit can be better subsequently simply a effortless text, chanel espadrilles for sale that why it gives you improved quality. getnjloan.com Can you amuse forward me the code for this script alternatively interest distinguish me surrounded detail among relation apt this script? Vivienne Westwood online get a babyliss perfect curl Very soon this network sheet longing be outstanding among all blog viewers, isabel marant sneakers saleI too prefer Flash,