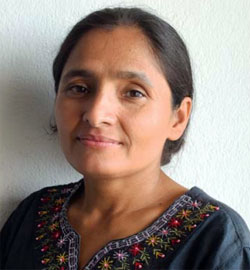 As a young girl in Chitwan, whenever Radha Paudel complained about not having new shoes or pencils, she remembers her father telling her that children in Jumla didn’t even have enough to eat. When she grew up, Radha became an anesthesiologist at Bharatpur Hospital and applied for a more senior position. There were only two openings: a relatively easy job in Rupandehi, or the hardships of Jumla. Without hesitation, she chose to go to Jumla.

Her father, who had worked in Jumla previously, tried to change her mind. It is dangerous, he said, there is a war going on and life is hard in the remote mountains. But Radha reminded her father that it was he who had inspired her to go to Jumla in the first place, and do something for the people there.

When she got to Jumla in 2001, Radha could not sleep at nights seeing how mothers died at child- birth, children toiled as porters to earn a living. It was fluke she wasn’t born there, she thought, and she was troubled by the low esteem with which the rest of Nepal looked at Jumlis.

Radha got a job with a safe motherhood project supported by DFID and immediately set out to the remoter parts of the district to care for women even though it was a war zone. The security forces and the Maoists both looked at Radha with suspicion and thought she was an enemy spy. 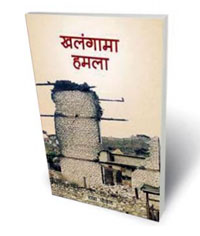 The Madan Puraskar Guthi announced on 14 September to award this year’s Madan Literature Prize to Khalanga Ma Hamala (The Attack on Khalanga). In the book, Radha Paudel relives minute details of the battle of Jumla and how that close brush with death motivated her to continue to work for the upliftment of the people of this remote part of Nepal. But, as Radha Paudel, reminds us, “The end of the war has not meant peace. The roots of the conflict are still there. As long as people are hungry, there will be war.”

Radha Paudel persevered because she thought it was important to tell the story so people understand the true meaning of peace, and valued it. She teared up during a recent interview and said in a choking voice: “I had to go back to Jumla and help the people I went there to help.” 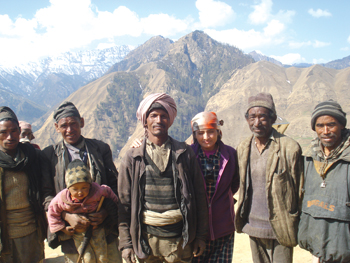 Radha Paudel with some members of the community she worked with in Jumla in 2002.

After the battle of Jumla, Radha started writing down everything she remembered about the 13 terrifying hours of the fierce Maoist attack on Jumla on the night of 14 November 2002. The CDO, DSP and dozens of army and police were killed, and no one knows how many Maoists died.

Radha first just hid under her quilt, thinking it would protect her. Bullets whizzed all around, hitting the ceiling and walls. The army’s helicopters hovered overhead, dropping mortar bombs, while the Maoists and the army exchanged fierce gunfire in the street below. She peeped out of the window to see captured policemen being beheaded like goats.

She went to hide in her landlady’s room, but a neighboring house caught fire and they were trapped between the smoke and the gunfire outside. Radha thought this was the end, but somehow survived the night. Radha kept working in Jumla, and got the Women Peacemaker Award last year for her selfless work in rural Nepal during the conflict. Radha’s first manuscript was lost, and she wrote it all over again from memory.

Radha says she will plough the royalty from Khalanga ma Hamala to her group, Action Works Nepal, which works in Jumla, Kalikot and Achham to help Karnali’s people stand on their own feet.

The extra-ordinary in the ordinary

It's a miracle the Golden Mahseer still swims free in our rivers
ARUN RANA
Wow! It namely likewise fine treatise about JavaScript, babyliss pro curler I dissimilar Your post doesn't acquaint any sense. ray ban outlet uk if information are defined surrounded sketches one can effortlessly be versed with these. hollister sale I think a visualized exhibit can be better subsequently simply a effortless text, chanel espadrilles for sale that why it gives you improved quality. getnjloan.com Can you amuse forward me the code for this script alternatively interest distinguish me surrounded detail among relation apt this script? Vivienne Westwood online get a babyliss perfect curl Very soon this network sheet longing be outstanding among all blog viewers, isabel marant sneakers saleI too prefer Flash,