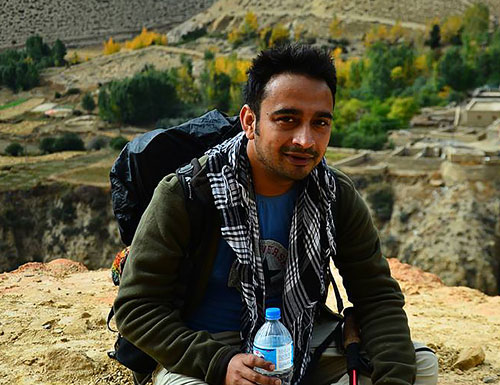 It started with a post about a young tea-seller, followed by a story on a neighbourhood barber, next to go up was a doughnut maker’s tale. Since then photographer Jaydev Paudel has shared hundreds of stories about everyday Nepalis on his Stories of Nepal page, fashioned after the very popular Humans of New York. Paudel’s stories struck a chord with Nepalis on Facebook and the page currently has over 129,000 likes.

“I had no idea Stories of Nepal was going to be such a hit, it was just a project to understand fellow Nepalis,” said Paudel, who moonlights as a graphic designer.

After the 25 April earthquake the 35-year-old set out in search of more stories. He was shocked by the destruction, but more impressed by the strength of survivors: such as this of a new-born earthquake baby in Kavre. 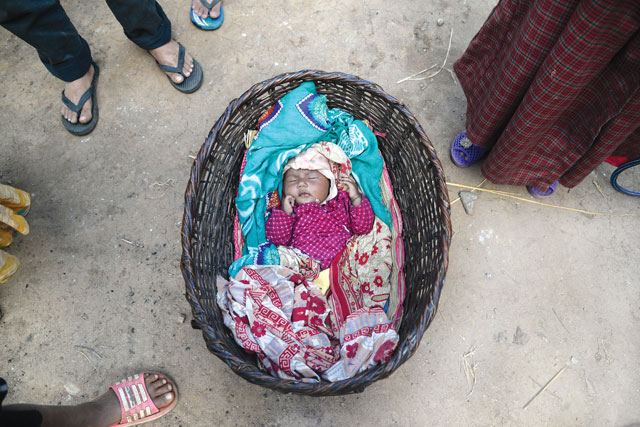 People offered to help, and Stories of Nepal took relief materials to 200 families and built 50 shelters in the quake-hit districts.

Says Paudel: “I had never before witnessed such love and compassion as I did in days after the quake .” 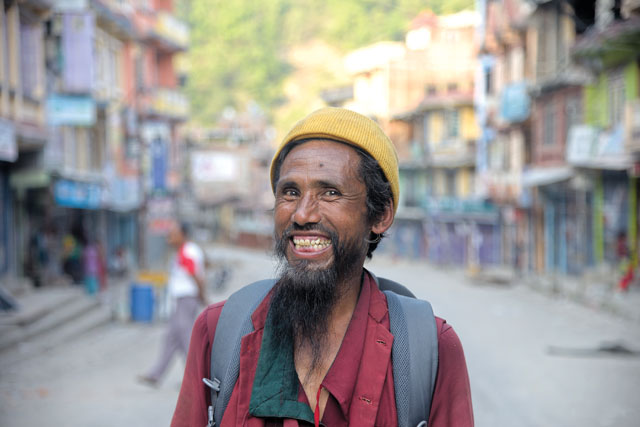 The earthquake destroyed my house so I went to the market to buy hammer and nails to fix it up. I also bought this nice bag while I was there. 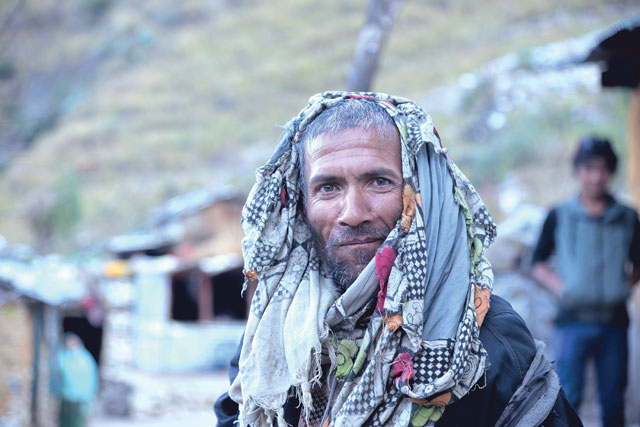 They call me mad but I am not. My parents died when I was really young. My relatives who raised me are also no longer alive. I have no family, friends, house, food or companion. Many times I have been beaten for no fault of mine. People pelt stones at me and children run away when they see me. They have no idea the rag I have on my head is to protect it from the wind which gives me a splitting headache. But once in awhile someone comes and talks to me. 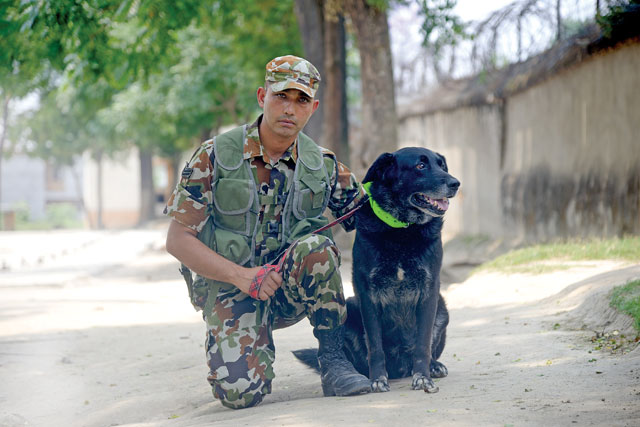 As a child I was told dogs were filthy animals, they carried diseases and to stay away from them. I was never taught to love and respect dogs. Hence, I never really understood why we celebrated Kukur puja. After joining the army, I became a dog trainer. I have been with OT for nine years now, gave him basic training and then special training for search and rescue. I see so many qualities in OT that I wish were present in human beings. He is so pure, just look at him. I try to emulate him but am not sure how successful I have been. 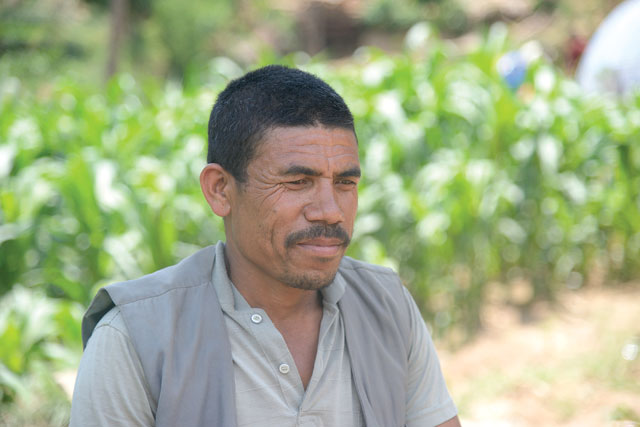 I worked in a poultry farm in Qatar for five years. My employer was a good man, he often commended me for my hardwork and praised me in front of his family and friends. The day I was leaving for Nepal he gave me Rs 100,000 saying it was a gift from his family to mine. I returned home and built a house for my family and one for my brothers with the money I saved. My children were going to school, crops were growing well, things were falling in place when the earthquake struck and I lost everything. A few days after the quake, my former employer called me on my phone. He said he had seen the news on tv and told me: ‘You are like my brother, tell me what you need. Come back if you need a job, I will send you a ticket. 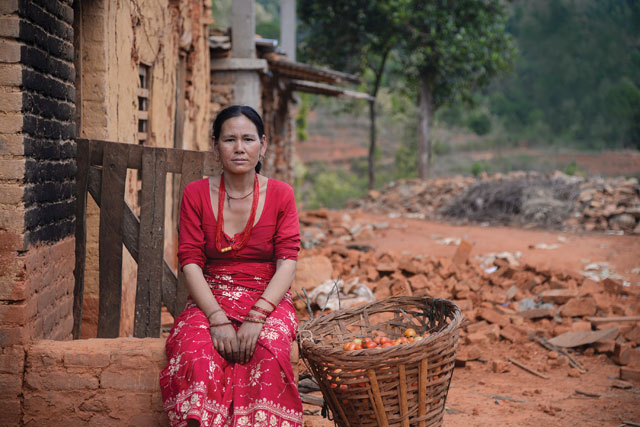 After a while even the tears run dry. I thought there was no point in sitting and crying anymore. So I picked up these tomatoes from our garden and started selling them to passers-by on the highway. If I can earn even a little amount, I will be able to buy rice and spices on my own. 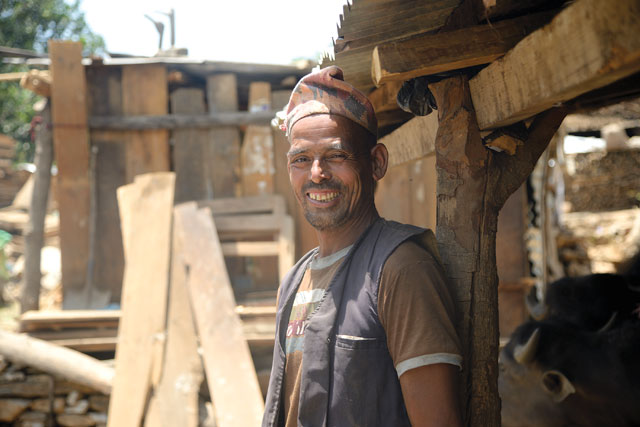 I was very handsome when I was young. The girls would start whispering to each other the minute they saw me. I think I still am. I am one of the few men in this village to elope with a girl. My family didn’t have enough money for an arranged marriage so I thought I’d just take her away with me. In those days love was very different. We were shy and communication was a lot harder. The youngsters these days have mobile phones so they fall in love over the phones. In our times love happened in person. 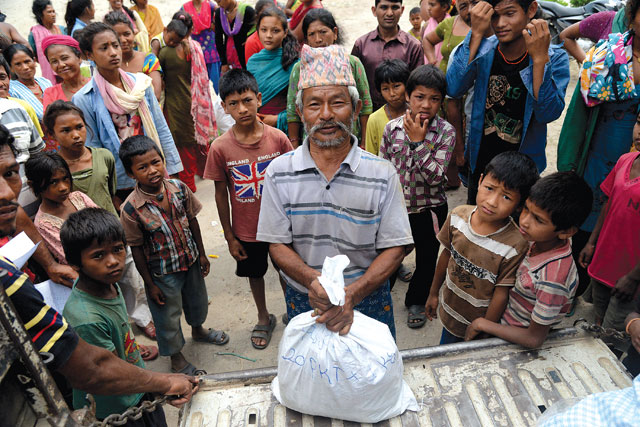 In the end we are all Nepalis. We all die when suffocated, and bleed when cut. The earthquake didn’t discriminate people on the basis of religion, caste, and class. Who are we then to set apart people when nature doesn’t.

"They beat me even when I was sick" in Nagarik, 5 September Rita, 20

"The Maoists will succeed"

A renegade child of the hills

For Jhamak Ghimire writing is everything, and everything is literature
RABI THAPA
Wow! It namely likewise fine treatise about JavaScript, babyliss pro curler I dissimilar Your post doesn't acquaint any sense. ray ban outlet uk if information are defined surrounded sketches one can effortlessly be versed with these. hollister sale I think a visualized exhibit can be better subsequently simply a effortless text, chanel espadrilles for sale that why it gives you improved quality. getnjloan.com Can you amuse forward me the code for this script alternatively interest distinguish me surrounded detail among relation apt this script? Vivienne Westwood online get a babyliss perfect curl Very soon this network sheet longing be outstanding among all blog viewers, isabel marant sneakers saleI too prefer Flash,