A flood of migration 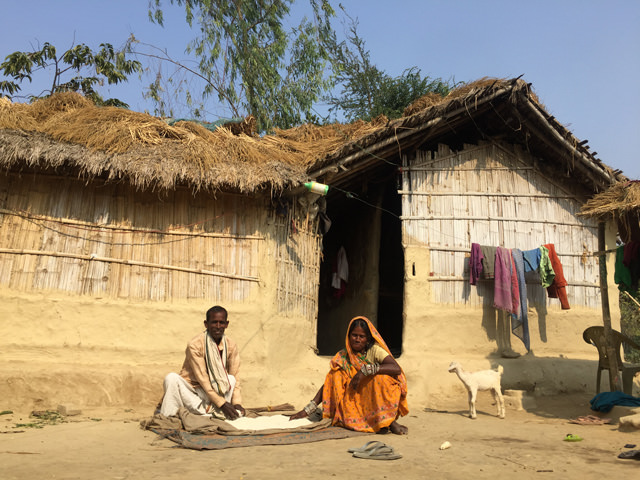 RECURRING NIGHTMARE: Ramji Mukhiya and his wife in front of the house they have rebuilt four times.

Ramji Mukhiya lives in a thatched mud hut that may collapse any time if there is another flood. The rising waters in August damaged his house, and he rebuilt this one with loans — not for the first time.

Mukhiyapatti Musharniya village is near one of the lowest points in Nepal along the Indian border, and is hit by recurring floods. Extreme weather events caused by climate change, deforestation of the Chure hills and obstruction of natural drainage because of highway embankments and constricted rivers have led to ever-more destructive floods.

“I already rebuilt my house four times, and I have not only spent all my savings, but took loans to rebuild every time floods washed it away,” says the 55-year-old Mukhiya, who sent his eldest son to work in Qatar while his second son is soon leaving for Malaysia.

Nepal’s overall poverty rate may be going down, according to the Multi-dimensional Poverty Index report released last week by the National Planning Commission (see Editorial, page 2) but here in rural Dhanusha, floods are pushing farmers like the Mukhiyas into ever-deeper poverty. 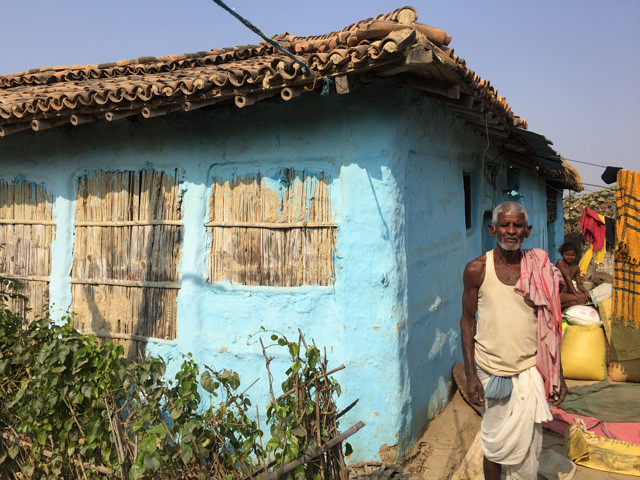 Pics: Shreejana Shrestha
Mohan Yadav has three sons, all of them are working as labourers abroad.

“My sons couldn’t finish school because of the floods, and now I have to send them abroad to earn so we can repay our house loans,” Mukhiya added. “I think I can survive for a few days without food, but not without a house.”

His neighbour Mohan Yadav, 60, has three sons, one in Mumbai the others in Malaysia. The 2010 floods washed away his house and all his property. He had taken a Rs100,000 loan to rebuild, but before he could pay it back the floods in August destroyed everything again.

“I had to take additional loans to send my son to Malaysia three years ago, my loans have now grown to Rs1 million,” rued Yadav, who survives on the money his sons send home, but has nothing left to repay loans or rebuild.

As elsewhere in the Tarai, the floods in Dhanusha have not just washed away people’s homes but also their land and crops. With no home, no crops and the farmlands washed away by the waters, farmers have no option but to migrate. 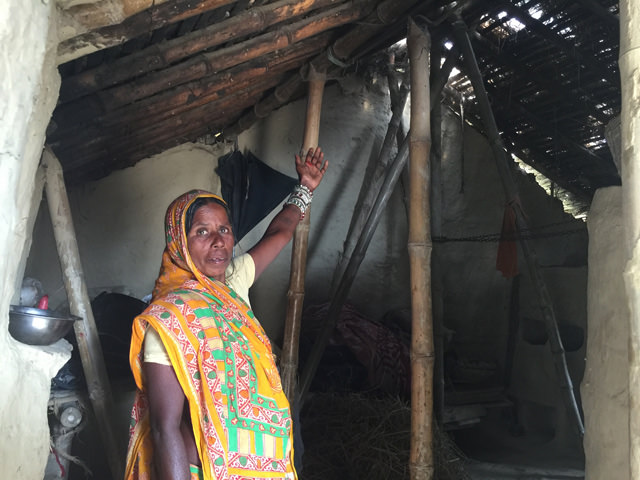 “We are left with nothing, and I wouldn’t have sent my sons to work in Malaysia if I still had my land,” Yadav told us. The government has a list of 275,723 flood-affected families in Dhanusha alone from the last 10 years. Nearly 7,000 homes were damaged and some 3,800 washed away by the Jalad, Kamala and Jamuni rivers, which are dry now in winter, but in summer are raging torrents.

Dhanusha today is devoid of young men. Every household has several people in India, Malaysia or the Gulf — most of them on a mission to earn enough to pay back loans. The few men we spotted, were processing their passports and work permits to leave.

Bhikhari Yadav has four sons: two have already left for Malaysia and Delhi while another one is waiting for his work visa for UAE. The father has a loan of Rs700,000, which he used to rebuild his house and process his sons' employment contracts. 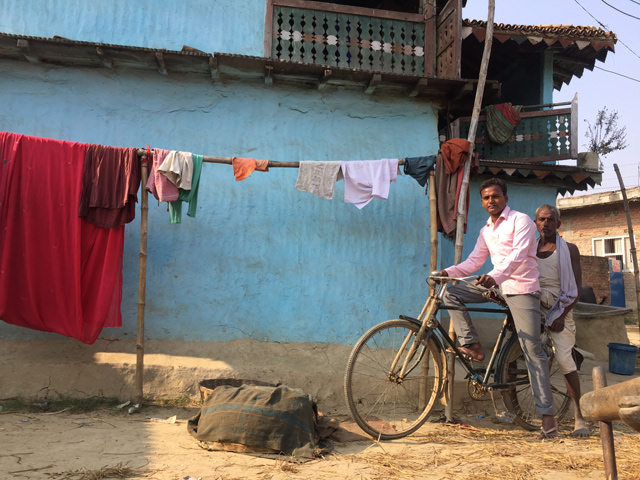 Bhikhari Yadav with his son, who is leaving for a job in UAE

Sunil Kumar Jha of the District Disaster Relief Committee, Dhanusa, admits that indebtedness due to recurring floods has impoverished his district: “Building a house is the foremost priority of people here, boys drop out of school and migrate to support their families. It is the same in every household.”

It is no surprise that Dhanusha district has one of the highest migration rates in Nepal, thanks to the floods that destroy crops, farms and homes. It has become almost impossible for people here to escape this vicious cycle of disasters and indebtedness.

Nepali migrant workers are deemed to be ‘loyal’ to their employers, but a new Amnesty International survey suggests that the label reveals their vulnerability as well as their virtue.

The survey says some recruiters — who trap workers into bonded labour by saddling them with huge debts — market Nepali migrants to prospective foreign clients by highlighting how unlikely they are to quit jobs.

Amnesty International reviewed and analysed 100 recruitment websites, and found that Nepali workers are frequently advertised using descriptions such as ‘loyal’ and ‘completely dedicated to work even in adverse situations’. The results of that survey rightly points out that workers are loyal by force, not by choice.

In November 2016, Amnesty interviewed four Nepali workers who had been deceived by their recruiters about working conditions in Malaysia. When they quit their jobs, they were not given return tickets, and were able to return home only when their families took more loans to buy them tickets.

Not all migrant workers trapped overseas can afford tickets to freedom, and they have to endure extremely harsh and inhumane working conditions. Their perseverance earns them the reputation of being ‘loyal’ — a label used by recruiters to trap migrant workers into a vicious cycle of debt and deception.

Publishing the results of the survey in December, Amnesty also slammed the Nepal Government for failing to crack down on recruitment agencies. “The Nepali government’s weak enforcement of the law is playing straight into the hands of extortionists and loan sharks,” said James Lynch, deputy director of Amnesty's Global Issues Programme.

“Migrant workers all too often end up trapped in the soul-destroying situation of working abroad for years simply to pay off the huge, often illegal fees they were charged to take the job. Tackling this exploitative industry is a matter of urgency.”

Who will run the world now?

America may be damaged, but no replacement is on offer
ANN FLORINI

Barack Obama understands that even the most powerful country can't go it alone
JOSEPH S NYE,JR

Of crime and punishment

Boy A has paid for his sins, but perhaps he hasn't paid enough
A. ANGELO D'SILVA
Wow! It namely likewise fine treatise about JavaScript, babyliss pro curler I dissimilar Your post doesn't acquaint any sense. ray ban outlet uk if information are defined surrounded sketches one can effortlessly be versed with these. hollister sale I think a visualized exhibit can be better subsequently simply a effortless text, chanel espadrilles for sale that why it gives you improved quality. getnjloan.com Can you amuse forward me the code for this script alternatively interest distinguish me surrounded detail among relation apt this script? Vivienne Westwood online get a babyliss perfect curl Very soon this network sheet longing be outstanding among all blog viewers, isabel marant sneakers saleI too prefer Flash,