From Chitwan to Chiyoda 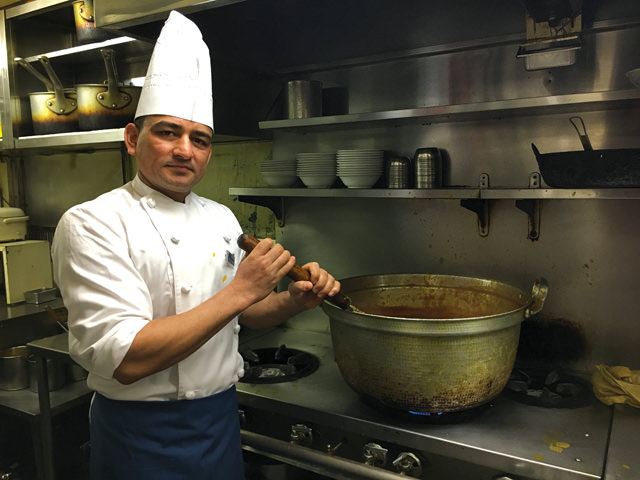 All pictures: Kunda Dixit
Dipak Babu Nepal from Chitwan is a chef in an Indian restaurant in Chiyoda and is working to restore the reputation of Nepalis in Japan.

The number of Nepalis in Japan has increased ten-fold in the last ten years, and as the number crosses the 70,000 mark Nepal already ranks sixth among countries with the most migrants here.

The recent spurt in influx is the result of a loophole in Japanese immigration law which is prone to abuse, encourages exploitation and human trafficking, and has tarnished the once-positive image of Nepalis among the Japanese. 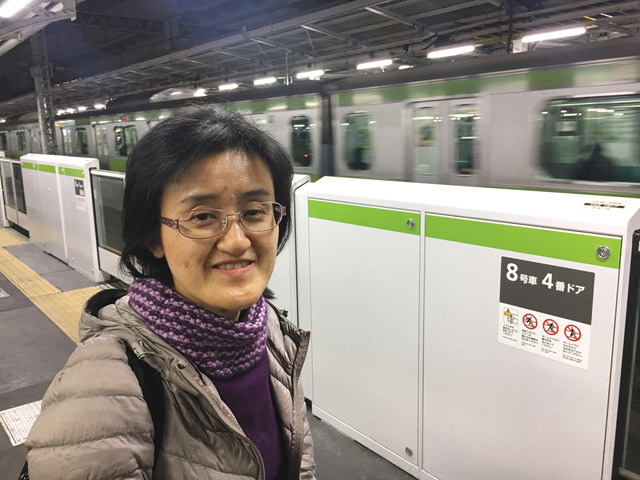 “The Japan government doesn’t want to open the main door for unskilled labour migration, so Nepalis are allowed to come in through the back door to fulfill the need for cheap labour to make up for Japan’s shrinking workforce,” explains Masako Tanaka, professor at Tokyo’s Sophia University.

In the ‘Cook Era’ of migration in the early 2000s, Nepalis fleeing conflict back home flocked to Japan on skilled labour visas that allowed restaurants to hire chefs. The number of undocumented Nepalis has now fallen, but the current ‘Third Wave’ of migration includes Nepalis on student, cook, dependent and trainee visas.

Nepalis prefer Japan because unlike Korea, there is no need to pass a language test, earnings are higher and cooks on skilled labour visas can bring families. Students and dependents are also allowed to work 28 hours a week which can earn them more than $1,000 a month. In some cases, the wives earn more than their underpaid husbands who are cooks in Indian or Nepali restaurants.

Vietnamese and Nepalis now make up the biggest number arriving on student visas: up from only 164 in 2003 to 10,000 in 2015 alone. Japan is now the top foreign destination ahead of even Australia, India and the US for Nepali students. A student visa is not so much about studies but employment, and education consultancies in Kathmandu charge up to Rs 1.5 million to fix a visa.

There are now more than 1,500 Nepali restaurants all over Japan (more than the total number of Thai restaurants) and Nepalis are also owners of many of the 4,000 'Indian' restaurants as well. Each can bring 3-4 cooks, so opening a restaurant has become a lucrative avenue for visa peddlers. A labour recruiter will charge anywhere up to Rs 2 million for a Japanese cook visa. 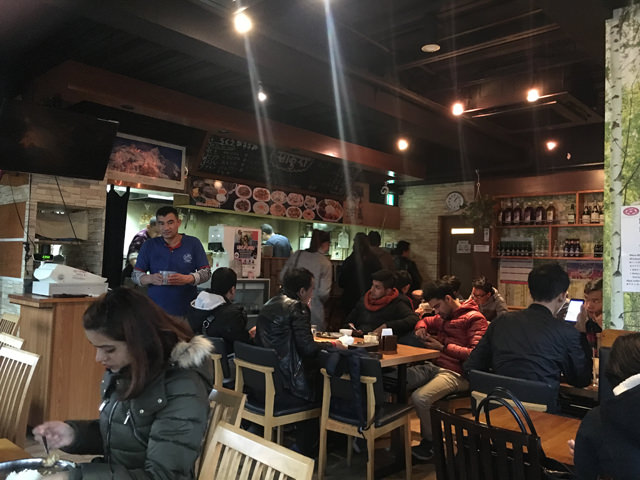 The Shin-Ōkubo ward in Tokyo used to be called Little Korea, today it is known as Little Kathmandu. Some 15,000 Nepalis live here, and the streets are lined with Nepali restaurants with names like Nanglo and Aangan. A recent afternoon, students pack the Sakura Nepali restaurant at lunch time for the all-you-can-eat 500 yen dalbhat. They eat quickly to go back to class.

Some evenings, it is a different story. Nepali youngsters have started becoming a nuisance, often arrested for drunken behaviour, vandalism, and harassing women. Japanese law enforcement agencies have even brought in Nepali-speaking police to hotspots like Shinjuku to curb young Nepali troublemakers. 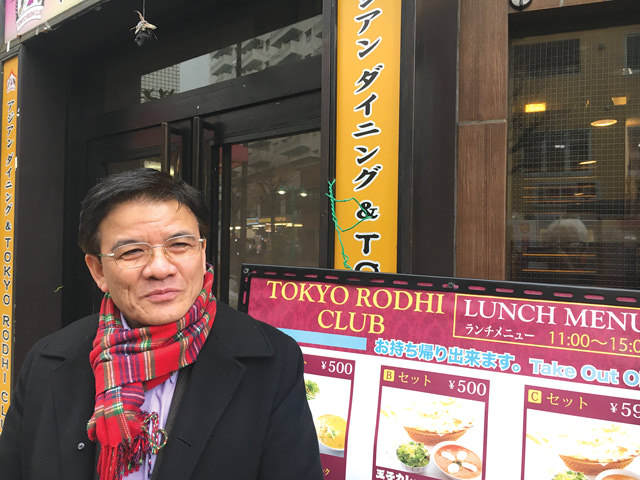 Tilak Malla runs a Nepali newspaper, a restaurant and a school in Tokyo.

“Japanese employers have always preferred Nepalis because of their hard work and honesty, but there is a new generation of Nepali migrants, some of whom are misbehaving and giving the community a bad reputation,” admits Tilak Malla of Nepali news portal, Samudrapari.

Dipak Babu Nepal has been working as a chef at an Indian restaurant in Tokyo’s Chiyoda ward, and is so worried about Nepal’s image he mobilizes local communities in clean up campaigns not just in Tokyo, but also Chitwan — a process he calls sending “social remittance” home. Nepal says: “Ten years ago we had a very good reputation, I am ashamed to say it is not so good now. It is up to us to change this.”

Many Nepalis with visa problems apply for political asylum to stay on legally and also because there is no 28 hours a week limit on work while their papers are being screened. Last year 1,451 Nepalis applied for political asylum in Japan, second only to Indonesians. Few got it.

The arrival of women is going up and 40% of Nepalis here are now female. Many younger migrants share accommodation to save money, and the abortion rate among new arrivals in Shinjuku is one of the highest in Japan. In prefectures like Gunma and Tochigi, migrant neighbourhoods and public toilets have posters with instructions in Nepali about garbage disposal and hygiene. 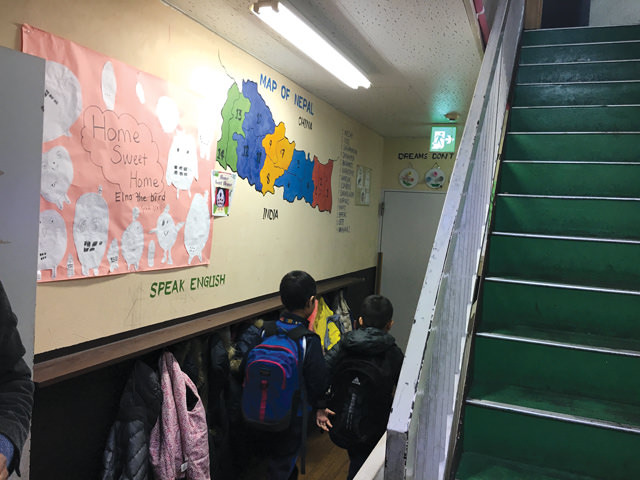 CLIMBING UP IN LIFE: Everest International School caters to the children of the growing population of Nepalis in Japan.

As more children join parents, the number of Nepali children has also risen to 4,000, prompting investors to set up the bilingual Everest International School in Suginami ward of Tokyo.

Says Principal Pradip Thapa: “Many parents are worried children are losing their Nepali, and they also want them to have English skills to give them a competitive edge in Japan. Nepali is for identity, English is for career.” 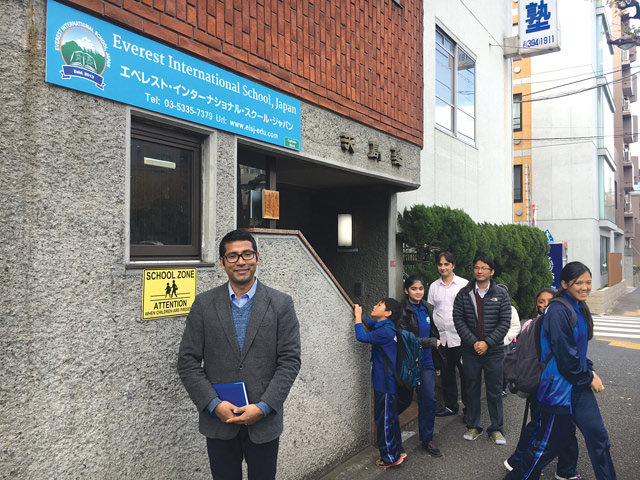 Poorer parents send children to free Japanese schools. A night school in Haneda has mostly Nepali teenagers whose parents work nearby packing lunchboxes and at courier companies. The minimum working age in Japan is 14, and many of the students have day jobs cleaning aircraft cabins between flights at the nearby airport.

Some Nepali youngsters have misused dependent visas to pay pretend parents in Japan to sponsor them. One teenage boy who was not able to keep up with the monthly fee of 50,000 yen to his fake father committed suicide recently at Kamata station by jumping onto the tracks of a commuter train. A dozen young Nepalis have committed suicide in the past two years. 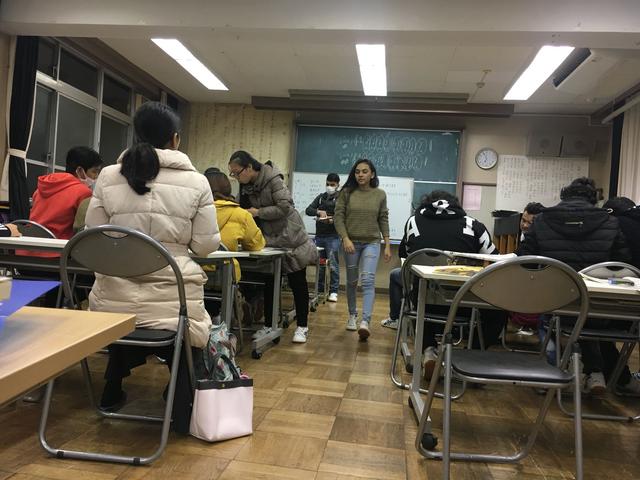 Nepali students at the night school in Haneda.

Clinical psychologist Bijay Gyawali who is doing a PhD here told the Japan Times that recently stress related to the gap between expectations and reality of working in Japan is driving many Nepalis to take their own lives.

There has also been misuse of trainee visas managed by Japan International Training Cooperation Organisation (JITCO) allowing Nepali apprentices in farms and construction. Activists say this is disguised labour exploitation, and in Nepal middlemen sell trainee visas for as much as Rs 600,000 each. Mysteriously, of the estimated 700 who have got trainee visas so far, a third are Tamang and Chepang women from just one village in Makwanpur district. 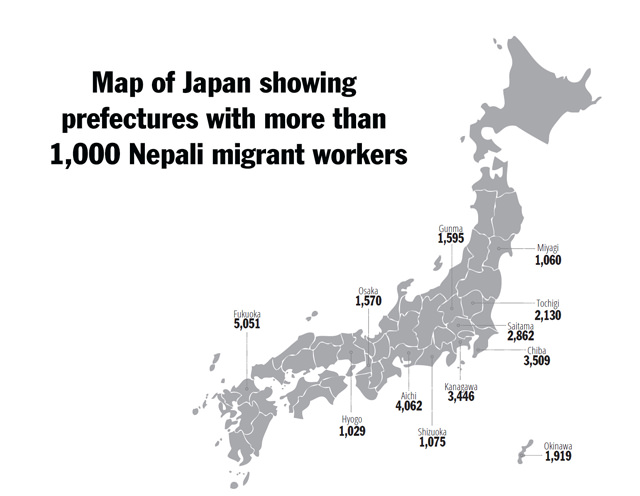 Japanese immigration has now started tightening visas procedures for students, trainees and cooks, but many Nepalis have found a loophole via Okinawa, where Nepalis now outnumber Chinese and Americans (see map) as they wait to move on to Nagoya, Fukuoka and other cities.

Sophia University’s Masako Tanaka says the Japan government should have work permits for unskilled workers so they are less prone to exploitation by recruiters in Nepal, or to avoid paying high tuition fees to language or vocational schools in Japan and have better labour guarantees: “Japan’s immigration policy is totally out of touch with reality.”

What would help is to remove middlemen so only the qualified can apply for caregiver or skilled visas. But, as he loaded naan into an oven at his restaurant recently, Dipak Babu Nepal said: “Mostly it is a case of Nepalis swindling Nepalis.”

“Returning my debt to Nepal”

Arjun Singh first came to Japan to work in 2011 to support his wife and two daughters back home in Bajura. After being hospitalised with TB five years later, he went back to Nepal. He couldn’t find a job and had amassed Rs 2.2 million in debt to pay middlemen, so he returned to Japan.

Singh had found someone’s credit card on the street, and had kept it in his wallet without using it. During an unrelated investigation on 13 March, police found the card and arrested him. After two days in detention in Shinjuku he was presented before the Tokyo Prosecutor’s Office where he collapsed and died at 11AM. 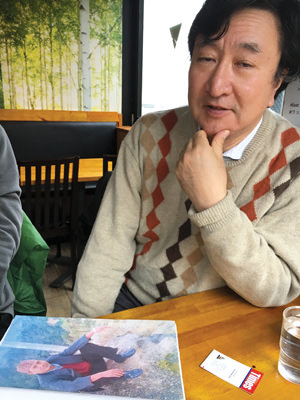 Tohru Takahashi (above, with court dossier on Arjun Singh), an activist with the group Solidarity Network with Migrants Japan, investigated and found that police had shackled and handcuffed him, leaving him lying on the ground for hours. Suspecting that the Nepali had died due to police mistreatment, and to protect the body as evidence, Takahashi prevented cremation so they could do a proper post-mortem.

Along with fellow-activist Azuma Toyohisa they took the body to a Zen temple in Nagoya and carried out an autopsy. With the help from head priest Rev Takaoka and Nepalis in Nagoya, Takahashi and Toyohisa paid for the autopsy and bringing Singh’s wife, Ambika Buda from Nepal in June for the funeral at the temple.

“I couldn’t tell whether I was living a nightmare or a reality,” Ambika told us this week in Kathmandu, where she is waiting for word from the courts in Japan on the cause of her husband’s death. “The Nepali Embassy in Tokyo did not help to take the body home to Nepal, but instead of helping they threatened us. If it wasn’t for the Japanese people who helped me, I would never have been able to bring my husband’s ashes back for cremation here. I hope no one has to go through what I did.”

Here in Tokyo, Takahashi told us: “The body was the evidence, so we had to prevent it from being cremated, now we are waiting for the final report. Even dead people have human rights.” 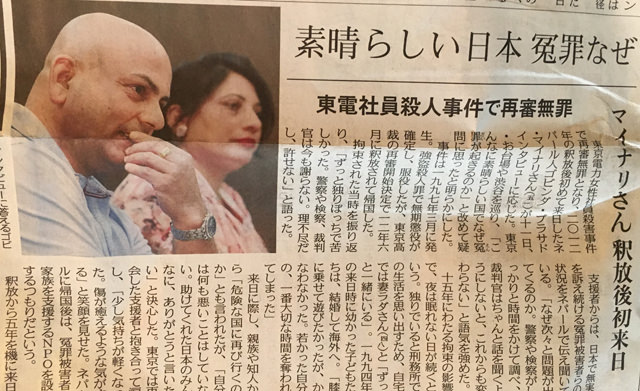 Thousands of Nepalis have made it good in Japan, and send money home to take care of families, but there are many horror stories like this. Azuma Toyohisa and others played a critical role in the final release of Govinda Mainali, falsely accused of the murder and robbery of a Japanese woman in Tokyo in 1997. Mainali spent 15 years in jail in Yokohama while the Justice for Govinda pressure group made up of activists and human rights lawyers pursued the case.

Toyohisa and his colleague Junko Hasumi took turns visiting Mainali in jail regularly and paying to fly his family in on visits in order to keep his spirits up. Defence lawyers presented new DNA evidence to prove Mainali did not commit the crime, he was finally released in 2013 and granted compensation. 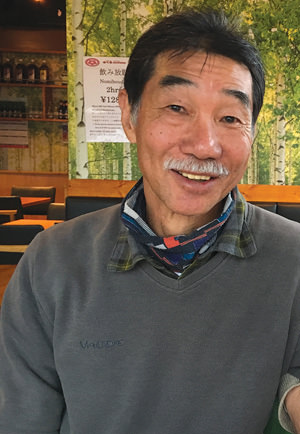 Mainali, now 50, was in Tokyo last month to thank all the people who had helped him, and in an emotional airport farewell told them: “My freedom would not have been possible without you. I thank you and promise to dedicate my life to help other Nepali detainees like me, so their families back in Nepal can be cared for.”

Asked what makes him devote his life to helping Nepalis in trouble in Japan, Azuma Toyohasi says: “As a trekking guide in Nepal I came to admire the dignity and honesty of the Nepali people, they were always generous and showed respect to strangers like me. I am just returning my debt to Nepal.”

(With additional reporting by Sonia Awale)

A difficult dream, From the Nepali Press

Lose the 'saujee' mentality, says the CEO of Kumari Bank

Nagarik, 23 October
Wow! It namely likewise fine treatise about JavaScript, babyliss pro curler I dissimilar Your post doesn't acquaint any sense. ray ban outlet uk if information are defined surrounded sketches one can effortlessly be versed with these. hollister sale I think a visualized exhibit can be better subsequently simply a effortless text, chanel espadrilles for sale that why it gives you improved quality. getnjloan.com Can you amuse forward me the code for this script alternatively interest distinguish me surrounded detail among relation apt this script? Vivienne Westwood online get a babyliss perfect curl Very soon this network sheet longing be outstanding among all blog viewers, isabel marant sneakers saleI too prefer Flash,