Into a state of uncertain stability

Whoever wins, Nepal will likely be ruled by the same old leaders 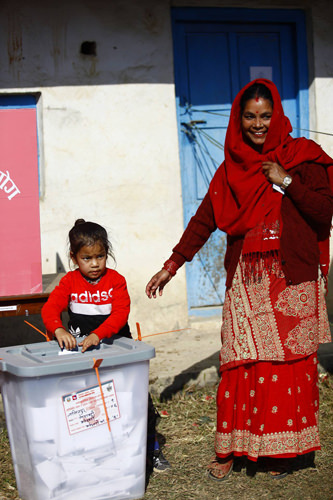 After the last phase of elections to three levels of government under the new Constitution on Thursday, the question on most voters’ minds is not who will win. It is whether the new government structure can ensure political stability.  The Election Commission hopes to wrap up vote counting in just over a week, and we will know whether the Left Block or Democratic Alliance has a higher combined score.

Whoever wins, the new government will be keenly watched to see if it behaves any differently from the political cartel of the past, whether Kathmandu will really devolve power, and if that sets Nepal on a path to development, job creation and prosperity.

A lot will depend on what kind of majority the winning alliance gets, whether it will bring the same old politicians into government, how intense the inter- and intra-party rivalry will be in the coming years, and of course how much geopolitics will play a part in making and breaking coalitions.

Nepal has ended an excruciatingly long constitutional transition to a federal, secular and democratic republic by voting for central, provincial and local governments. But that may not necessarily translate into political stability.

The Left Alliance of the UML and the Maoists has promised a stable government for at least five coming years if it wins. It certainly has an edge over the Democratic Alliance led by the NC, and is likely to get a majority. 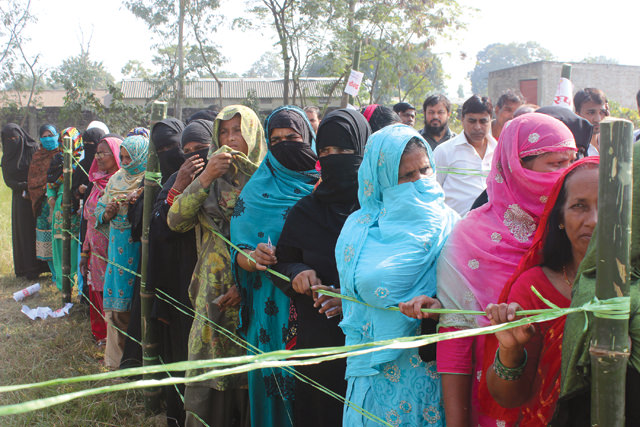 But Bipin Adhikari, an expert on constitutional law, says that useful as it may be, the rule may not guarantee stability: “It is just a constitutional experiment, and we are yet to see whether it works in our favour.”

Adhikari says the grounds on which ideologically opposed political parties have forged electoral alliances are very shaky, and these coalitions could collapse at any time. “Theoretically, we have found a remedy for our perennial political instability,” he explains, “but practically, it is still difficult.”

If a single party fails to win a majority, and forms the government with the backing of one or two other parties, governments will still be fragile. The Constitution restricts the opposition from registering a no-confidence vote for two years, but does not bar coalition partners from pulling out.

Nepal has been ruled by a triumvirate of three main parties and a plethora of fringe parties, and the possibility of a single party winning is slim. The UML and the Maoists have said they will unite after elections, but they may change their minds if they do not get the desired results jointly and separately.

Indu Shekhar Mishra, a professor of political science in Birganj, says: “If the Maoists could ditch the UML to lead the new government with the NC’s support in the past, they can do the same again. They may just be bargaining for a more lucrative deal.”

Mishra sees little chance of stability because the political leaders are the same greedy ones whose short-sightedness was the underlying cause of instability in the past.

Vote counting may be over in a week, but the process of forming a new government will start only when the new Parliament gets full shape in January.

The Election Commission (EC) will finish counting votes under the First Past the Post (FPTP) system by 10 December, and the Proportional Representation (PR) votes by 14 December. But the EC will require at least three more weeks to proportionally divide PR votes and disclose a list of nominated MPs, ensuring 33% participation women and inclusion of ethnic clusters like Madhesi, Dalit, Janajati and Tharu.

Only then can the process of forming the new federal government be initiated. “No matter how fast we work, the new government is possible only in January,” says EC spokesperson Surya Prasad Adhikari.

If a party wins an absolute majority, its parliamentary leader will be anointed as the new Prime Minister by the President during or soon after the first meeting of the federal parliament, probably in the first week of January. If no party wins a majority, the process could drag on till end-January.

If no party secures over 50% of the 275 seats in Parliament, an MP, not necessarily from the largest party, can claim to be Prime Minister but will need to prove support from a majority of MPs from two or more parties. Else, the opportunity will go to the parliamentary leader of the largest party who also needs to show a majority in 30 days. If the Left Alliance wins a majority, it will probably choose UML Chair KP Oli as the new Prime Minister. Maoist Chair Pushpa Kamal Dahal will likely be nominated for President or be given a chance to lead the unified communist party.  If the Democratic Alliance wins, NC President Sher Bahadur Deuba will be Prime Minister for a fifth time. NC leaders Ram Chandra Poudel and Shashank Koirala have also expressed interest in leading the government, but they are unlikely to beat Deuba.

Which means whatever the winning configuration, the personalities in government will be the same people we have seen for the past 27 years.

UML general secretary Madhab Kumar Nepal in Deshantar, 27 November
Wow! It namely likewise fine treatise about JavaScript, babyliss pro curler I dissimilar Your post doesn't acquaint any sense. ray ban outlet uk if information are defined surrounded sketches one can effortlessly be versed with these. hollister sale I think a visualized exhibit can be better subsequently simply a effortless text, chanel espadrilles for sale that why it gives you improved quality. getnjloan.com Can you amuse forward me the code for this script alternatively interest distinguish me surrounded detail among relation apt this script? Vivienne Westwood online get a babyliss perfect curl Very soon this network sheet longing be outstanding among all blog viewers, isabel marant sneakers saleI too prefer Flash,